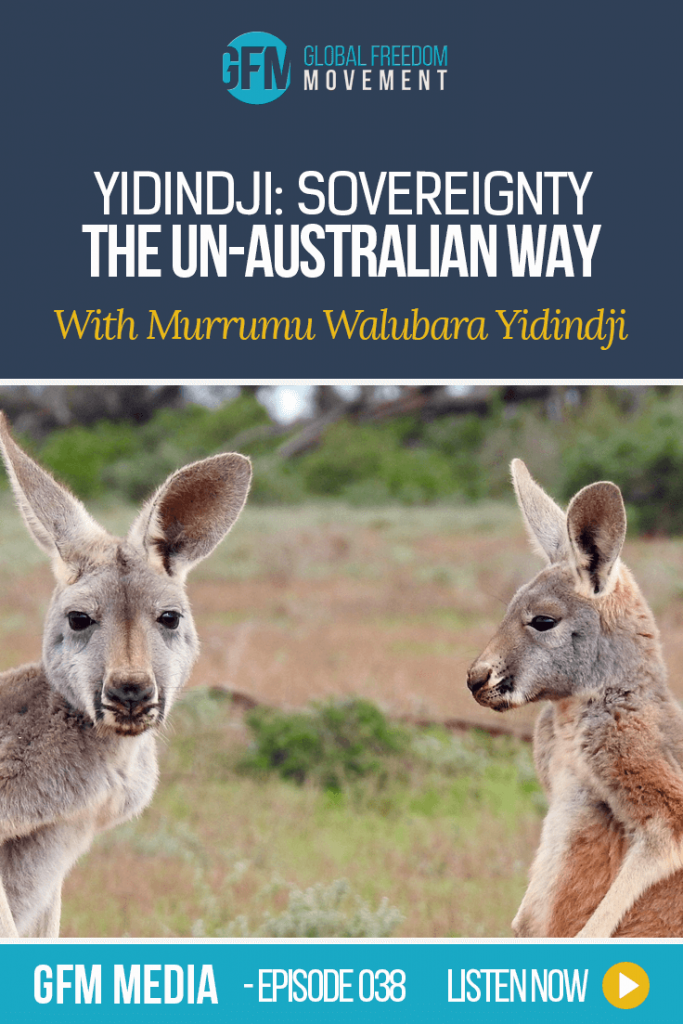 This week on GFM Media we get a look at some real-world feet-on-the-ground solutions for transcending the NWO circus of control, debt slavery, interference, manipulation, lies, and coverups.

Up north in Australia, near Cairns, the man formerly known/named as Jeremy Geia, formerly an NITV reporter, has renounced his place in the Australian citizen-ship and reclaimed his tribal lands from the legal fiction known as the Crown. Those lands belong to the Yidindji people and the government accepts it. The ramifications are enormous.

Surprisingly, the ABC has not done too terrible of a job in covering this – though we know from speaking to Murrumu ourselves that they conveniently omitted much important material (surprise, surprise):

Former television journalist Jeremy Geia, who last year renounced his Australian citizenship, says the tens of thousands of Australians living in the Cairns region in far north Queensland should have the option of joining the Yidindji nation.

Now known by his tribal name Murrumu, the 40-something self-styled Foreign and Trade Minister of the Sovereign Yidinji Government is on a recruitment drive.

Some Indigenous locals, including Beatrice Dodd Pryor, say they are ready to become citizens of the newly announced state.

“I’m very keen. I don’t suspect it’s going to be easy, but with the help and support of Murrumu and the elders it’s only going to empower me further,” she said.

Murrumu abandoned his NITV television reporting, sacrificing his salary and superannuation, to embark on his “true” life as a Yidindji tribal man.

“I could have stayed in that world and done very well out of it but something had to be done,” he said.

Last year he announced he had severed all ties with the Crown, declaring an area one and a half times the size of Hong Kong to be Yidindji territory.

He has extended an invitation to Prime Minister Tony Abbott to talk with him as a first step towards a formal treaty.

“Yidindji is the remedy. Come and sit down and talk with us because we’re ready to do business for our territory,” he said.

Murrumu says he has fantastic memories from his 20 years as a journalist, including travelling to London to interview WikiLeaks founder Julian Assange in the Equadorian embassy.

“Jeremy Geia was a nice person but it wasn’t real. It took a long time for the coin to drop,” he said.

He says over the years he became frustrated reporting the same story about Indigenous disadvantage and despair.

“There are so many of the bloodline hereditary people who are incarcerated, living in poverty and squalor and poor health with poor education and poor housing because it’s a system they haven’t unravelled yet. It’s the Crown’s Rubik’s Cube,” he said.

Murrumu, who drives a car with Yidindji numberplates, has warned that if he was to be arrested for any offence his Government would seek justice through international courts.

He says he does not know whether or not the ACT will pursue a charge of trespass against him for his use of a Canberra house as an embassy. (Source: Kerry Brewster, Murrumu: Former journalist Jeremy Geia on recruiting drive for Yidindji nation after renouncing Australian citizenship, abc.net.au)

Regardless of the hurdles that come with such bold sovereign action in a slave nation, Murrumu states “I’m beginning to live.”

Get in touch with Murrumu here

Thank you for listening to Yidindji: Sovereignty The Un-Australian Way With Murrumu Walubara Yidindji.