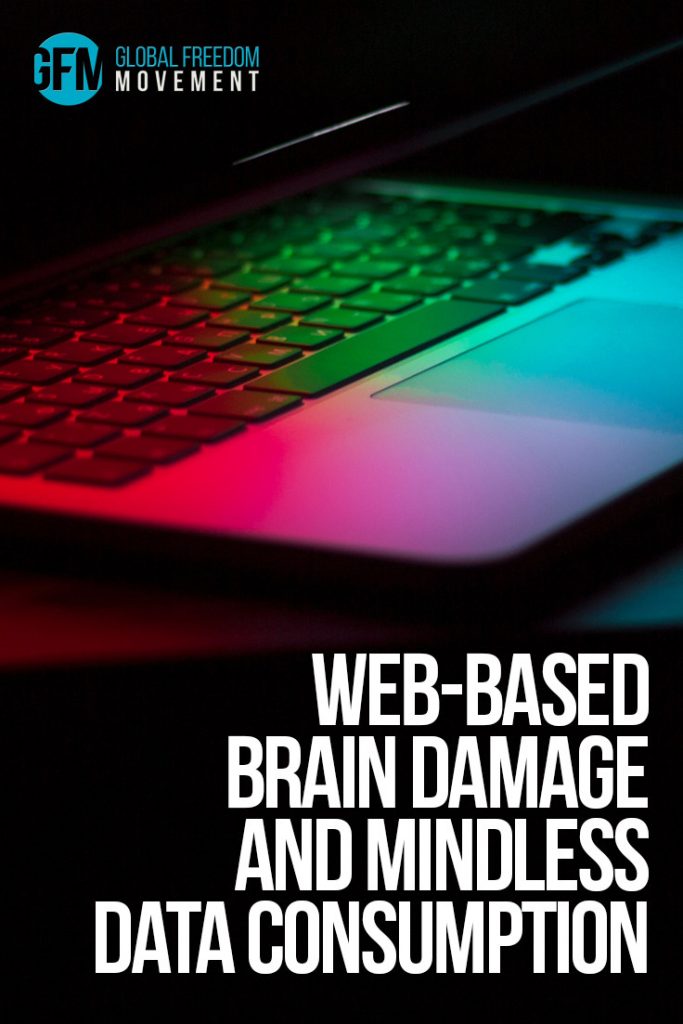 Even though we think we’re getting a lot done, ironically, multitasking makes us demonstrably less efficient.
Daniel J. Levitin, neuroscientist

Evidence is mounting that our haphazard info-consuming ways on the web are adversely affecting our neurological and cognitive functioning – as well as wasting time by making us far less efficient – and far more distracted – than we think we are.  The internet is a wonderful (read: essential) thing for humanity, but the way we use it seems to need some tweaking.

According to a study in the Journal of Digital Information, people who read documents online containing hypertext didn’t retain as much information as people reading without hypertext. The temptation to click on hyperlinks caused breaks in focus and attention, interrupting the flow of the material, thus compromising memory retention.[i]

Long-term memory is essential for building models, maps, or schemas – a.k.a. context. When we are poor in context, our ability to make informed assessments of incoming information is crippled. New information may be rejected simply because no groundwork (context) has been laid within which to assimilate it. Learning is stifled.

There is also the issue of “multi-tasking.” MIT neuroscientist Earl Miller states that our brains are “not wired to multitask well…When people think they’re multitasking, they’re actually just switching from one task to another very rapidly. And every time they do, there’s a cognitive cost in doing so.”[ii] 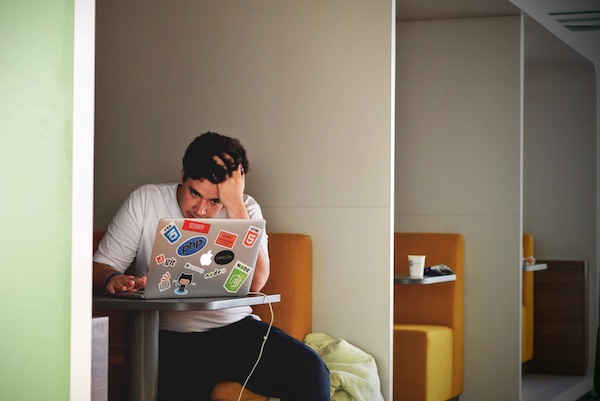 We pay for our broken attention span in mitigated comprehension and recall. Scattered attention on the internet does not conduce to contemplation and the formation of deeper meaning, or broader understanding through dot connecting, a.k.a. context building. The ultimate example, of course, is aimless scrolling through social media feeds, “witnessing” lots of information while learning virtually nothing from it.

Daniel J. Levitin, neuroscientist, warns us that “Multitasking creates a dopamine-addiction feedback loop, effectively rewarding the brain for losing focus and for constantly searching for stimulation,” adding that this rapid switching from one task to another “tweaks the novelty-seeking, reward-seeking centres of the brain, causing a burst of endogenous opioids (no wonder it feels so good!), all to the detriment of our staying on task. It is the ultimate empty-caloried brain candy. Instead of reaping the big rewards that come from sustained, focused effort, we instead reap empty rewards from completing a thousand little sugar-coated tasks.”[iii]

If you’ve ever tried to prise an iPad or similar device away from a small child after they’ve settled into “zombie mode” and mindless scanning, you’ll know that they often do react like crack addicts having their drug confiscated just when they need their next hit. The endogenous opioid findings make sense of this disturbing phenomenon. 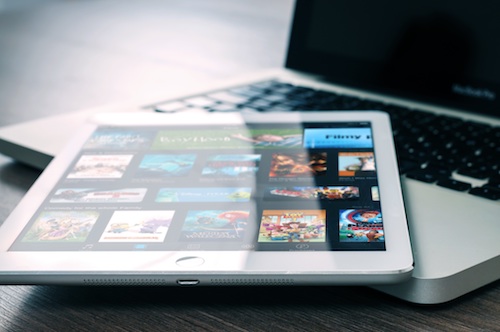 More broadly, the case can clearly be made that the way we’re currently using technology is fostering an intellectual decay and poorer cognitive performance. As author Nicholas Carr puts it, “We become mindless consumers of data.” That must be one reason why John Vallance, former headmaster at Sydney Grammar School – one of Australia’s top performing mainstream schools – had not long ago banned students from bringing laptops to school, requiring handwritten essays and assignments until year 10. No doubt that genius educator Rudolf Steiner would approve if he were here today. Vallance describes Australia’s billions of dollars invested in school computers as a “scandalous waste of money.”[iv]

We may be far more vulnerable to subtle sources of distraction than we’d like to believe. Glenn Wilson, former visiting professor of psychology at Gresham College, London, found in his research that “being in a situation where you are trying to concentrate on a task, and an email is sitting unread in your inbox, can reduce your effective IQ by 10 points.”[v]

Ouch. Some people may not have 10 points to spare!

Russ Poldrack, a neuroscientist at Stanford, found that learning information while multitasking causes the new information to go to the wrong part of the brain. If students study and watch TV at the same time, for example, the information from their schoolwork goes into the striatum, a region specialised for storing new procedures and skills, not facts and ideas. Without the distraction of TV, the information goes into the hippocampus, where it is organised and categorised in a variety of ways, making it easier to retrieve.[vi]

This finding speaks volumes about the value of focused attention and sustained effort. In yogic terms, such one-pointedness is called dharana. Evidently it’s good for our brains!

One of our chief obstacles to rapid social progress is the tendency for humans to be monofocal, that is to say, attentive to one area in particular, while remaining mostly oblivious to other important spheres of information. Again, this impacts context-building ability and decision-making in every-day life. Militant vegans well versed about the ills of animal agriculture and yet knowing nothing of politics, fluoride, propaganda techniques, vaccines, what the CIA or NSA are and do, etc., etc. are just one classic example of monofocal attention. 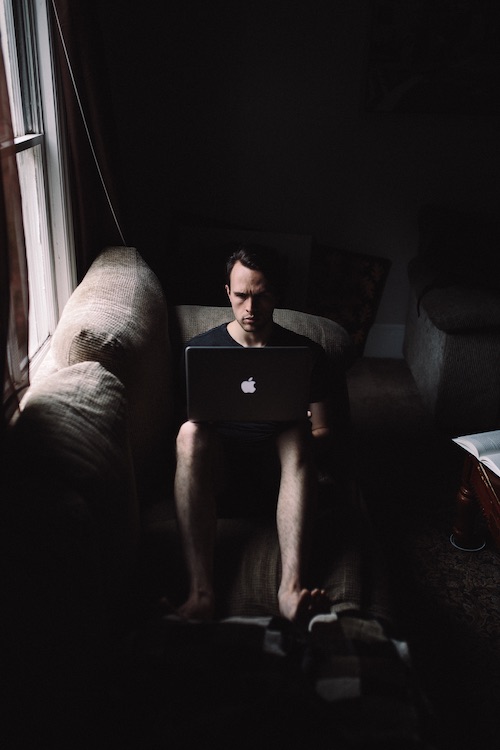 One of the internet’s chief strengths is its diversity, but it’s a double-edged sword because anything we can imagine is on tap all the time, and the temptations are always present for going off on tangents that may or may not be important – hyperlinks and adverts abound! That permaculture article you were just reading so that you could get your garden under way was important – so how the hell did you end up watching a flat earth documentary all of a sudden? THAT can wait.

The sad fact is that most humans’ monofocal tendencies permit the “powers that be” on this planet to get away with rape, theft, genocide, Satanic child trafficking networks, covert population control, and a plethora of other wrongs. Why? Because we do not develop our awareness of a broad spectrum of relevant areas, thus empowering ourselves and thereby making it much harder to dupe and manipulate us into serving agendas set by faceless powers operating from behind the curtain.

In reality, hordes of us march blithely towards the cliff like so many lemmings, mocking those who point out the imminent danger as “conspiracy theorists”!

Now more than ever we need more well-rounded people of the “polymath” mould rather than the specialist. We need context-builders – and effective ways and means to foster focus and context-building.

Surveying the social media scene, this is another thing that jumps right out. There simply isn’t enough strategy, cohesion, or planning going on. We’re adrift in a sea of endless data and infinite possibilities – and to a significant extent we seem paralysed by that. The Titanic is heading aimlessly at the icebergs because no one is at the wheel. Where do we turn for direction? How do you apply that hard-won knowledge now? What are the pragmatic action steps? Who will help you do it?

The new connectedness that social media brings may be partially an illusion, in the sense that very little of that interaction seems to translate into real-world 3D activity and progress. Some does, to be sure, but we can definitely do better.

Clearly the direction we need to move in has to be more structured, logical, results-oriented, and efficient. We don’t need more information, we need more structured information and more focus. We need real community and an interest in the broad-spectrum viewpoint. Only then we will be able to truly grasp what’s happening and then work out the solutions together.

We believe the first step to that end is here: www.truthiversity.com 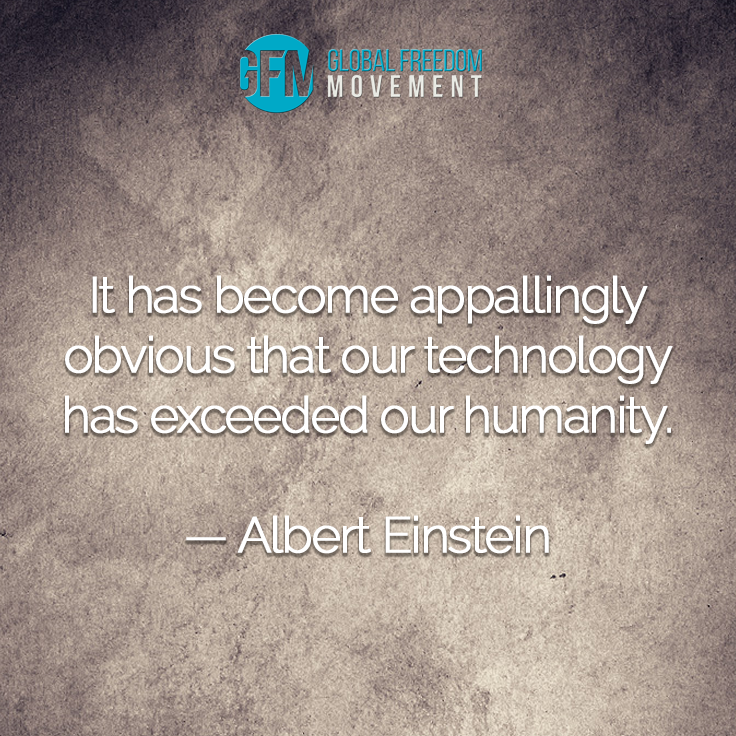 [ii] Daniel J. Levitin, Why the modern world is bad for your brain, www.theguardian.com