I [the author who shall remain nameless] have just been contacted by Santo’s brother and asked to spread this information:

A secret SATURDAY court hearing was conducted (without any family member being notified) and Santo has been taken to Geelong Prison. PLEASE contact the prison to confirm he is there and for anyone close by to Geelong (Victoria) – please try to visit him and confirm he has not been physically harmed by these criminal monsters.

Read the whole kidnapping story below (keeping in mind that Santo’s alleged crimes were for petty unpaid unlawful traffic fines…. and this is the brute force the “system” [employs] to kidnap him and hold him against his will without any fundamental rights to even make contact with his family.): 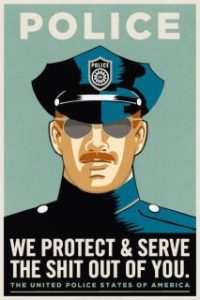 This is the full story of what happened on August 4 2015 at 4.30 am by Judgie & Macca Consciousness

My partner and I have an organic farm in Qld, we unofficially help people heal themselves of disease.

On the 4th of August 2015 at 4:30am, my husband Macca and I awoke to a loud bang and crash; I jumped out of bed naked except for a t-shirt that did not cover my lady bits. I rushed to the door of our bedroom to see what had happened. To my horror, 6 or more men dressed in army camo gear, full kit, vests, automatic weapons with silencers and torches invaded our home, it was dark except for the torch lights they brought into the house. Nothing on the uniform said poolice.

They wore camo helmets, some had those yellow safety glasses, a flash grenade deployed, wow what a noise and then a small amount of white smoke more than 6 men screaming “poolice raid, get on the floor!”, entered my home with automatic weapons, silencers, and torches pointed at me, I retreated to be with my husband in our bedroom, who was now getting on the floor with his arms behind his back as per the screamed order via one of the masked army-dressed men who now had a gun at my head and one at my husband’s head. By this time I was next to my husband getting down onto the floor. We have our 3 Jack Russell’s and Bull Mastiff in our bedroom also, and in the excitement our dogs start to fight and the 4 or more men now in our bedroom are kicking our dogs.

Macca asked very calmly to please put the big dog outside to stop the fight, but there was a great deal of kicking and animal abuse done towards the dogs before he was escorted outside. I was screaming, “please don’t shoot my kids” over and over and one of the invaders tried to tell me he was poolice, I said yes I know that’s why I’m terrified and I felt pushed to the floor. The dogs calmed down, once the big dog had gone outside. Someone asked me where my pants and clothes were and a small jumper was thrown over me, then someone threw the duvet from our bed over me.

We were asked if there was anyone else in the house and I said 3 kids downstairs, the poolice said Children? And Macca said 20 something year old kids, 2 French, 1 Australian. I assume then at this stage they were being subject to the same treatment. (We worked out that there would have been around 20 military guys.)

Macca was handcuffed and now the poolice were putting on his shorts and also threw me a dressing gown and told me to dress. I put the dressing gown on and then had to sit on the bed. Once Macca was dressed in shorts I had come to my senses and asked to see a warrant, these military guys were kids…training exercise perhaps???? Told to keep quiet and that I would be dealt with shortly. 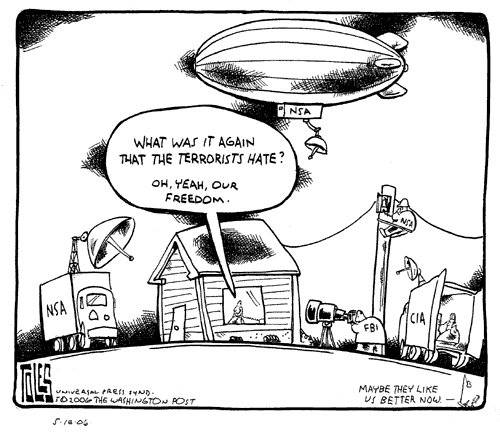 It was about 45 min since they broke into the house by now and a whole new crew of blue uniform poolice men entered my home, bullet proof vests, maybe 12. The army camo crew then handed over to Cun Bruse Diachkoff (also name on warrant), a local poolice man in Maleny, QLD.

They moved us out of the bedroom into the lounge while our wwoofers (willing workers on organic farms) were being escorted up the stairs to join us. I kept asking if I could get my ipod and record the scene. I asked again. Cun Diachkoff told me if I wanted a copy of the recording we could get it from the court, but I was not allowed to record. Then they started to search the rooms downstairs one by one.

They took Ben one of our French wwoofers down to his room to search. When he came up, our other French wwoofer Paul, then our Australian wwoofer Luke, so their rooms all searched in turn. Ben was found with 1gram of Marijuana. They also searched the rest of the house downstairs, without anyone to watch them. Macca at this stage was educating Con Diachkoff to the fact of the legal fiction fraud

Side story – 3 years ago Cun Diachkoff came to our gate looking for a weapon that was registered to Macca’s gun licence, now expired. Macca told the Cun that the gun was destroyed. While Macca was out of the country for 10 years his gun was being stored in a shipping container, which had a rust hole, and the container filled up with water. The cun wanted Macca (using the legal name at the time) to fill out a statuary declaration to the tune of his story and bring it in to the Poo Lice station, which he did.

Back to raid – Cun Diachkoff finally brings in a copy the warrant. I am asked to sit in our bedroom to watch the search . Cun Diachkoff now says to Macca after hearing the fraud of the legal name and he says he will recognise Macca as the legal fiction from before. To which Macca replies “A fraud once revealed is null and void Nunc Pro Tunc”. [Take a lesson, dear police force.]

We live off the grid and have an older solar system, so Macca kept asking to turn off lights and I said if the system runs out of battery and the lights go out please don’t shoot us. Slow progress but they start searching our room. A female poolice offer arrives so I can go to the toilet and put some pants on which I do.

The dawn is starting to break and the officers keep taking pictures of our stuff and us, going through my undies and jewellery. They find some 20 or so ammunition shells (I love steam punk stuff and was going to make something), 2 x flails (medieval weapon with a shaft of steel, and at one end a length of chain with a spikey ball at the end of the chain) between half and three quarters ounce of Marijuana, a pipe, some seeds, ummmmm that’s about it. Every time they found something they brought it out to Macca who said, yes that’s mine.

I am asked to get off the bed and stand at the door to our bedroom. Then I am asked to sit down at our dining table. I look out the window to see a Poo Lice car come up the drive and park just where I can see clearly. I see Santos Bonacci in the back of the vehicle. He is cuffed as he raises his hands to adjust his beanie. It was 4 degrees this morning. Its is now 8:30 am and a pooliceman man gets into to the car and reverses down the driveway. This is the last time I saw Santo.

After searching our bedroom we are asked to move outside onto the terrace so that they could conduct a search of the lounge. You have a beautiful home, one poolice man says to me (I could have done something bad in that moment) but Luke replied “Imagine how beautiful it would be if you were welcome.” I felt immediately better!

The search went on and on, they had metal detectors moving around under the house still searching. We certainly did not waste the opportunity to educate these poo lice to the fraud they are apart of, the corporation they work for and the Australian people they are betraying. We just sitting around chatting.

Its now about 10:15am and they have Macca still handcuffed, but now get some proper clothes on him so he can be transported to the watch house along with our 1 gram Woofer no handcuffs. I ask one of the poo lice men when Macca would be released and he said. “these are minor offenses and he should be released by the afternoon. I kiss Macca and he is escorted off and they all drive away leaving one hell of a mess.

Another aside – apparently around the same time there were 90 raids on properties around the area, which was aimed at the bikes. They busted a meth lab etc… it was on the news in the last day or so.

GFM: There you have it. Another unlawful police raid, some more trampled freedoms, the increasing militarization of police activity, and Santo Bonacci apparently moved to Geelong prison. Why? Because he refused to identify himself as a legal fiction and pay the unlawful traffic tickets addressed to his strawman. Lucky to live in Oz, eh? Now drink the Kool-Aid, pay your fines, get your jabs, and don’t forget to vote, slave.

“A family member just visited with Santos……..he is happy in great spirits, he says they are treating him great, there was no physical damage done to him….he is really happy and he will be out in 34-35 days, he will be in Geelong jail for two weeks and then will probably moved after that to Melbourne jail for the rest of his time…….will keep you posted for more details later but just wanted to deliver this news first.

thank you for all you support and good wishes he is grateful for all of you and is eager to be back in contact and doing what he does best.”