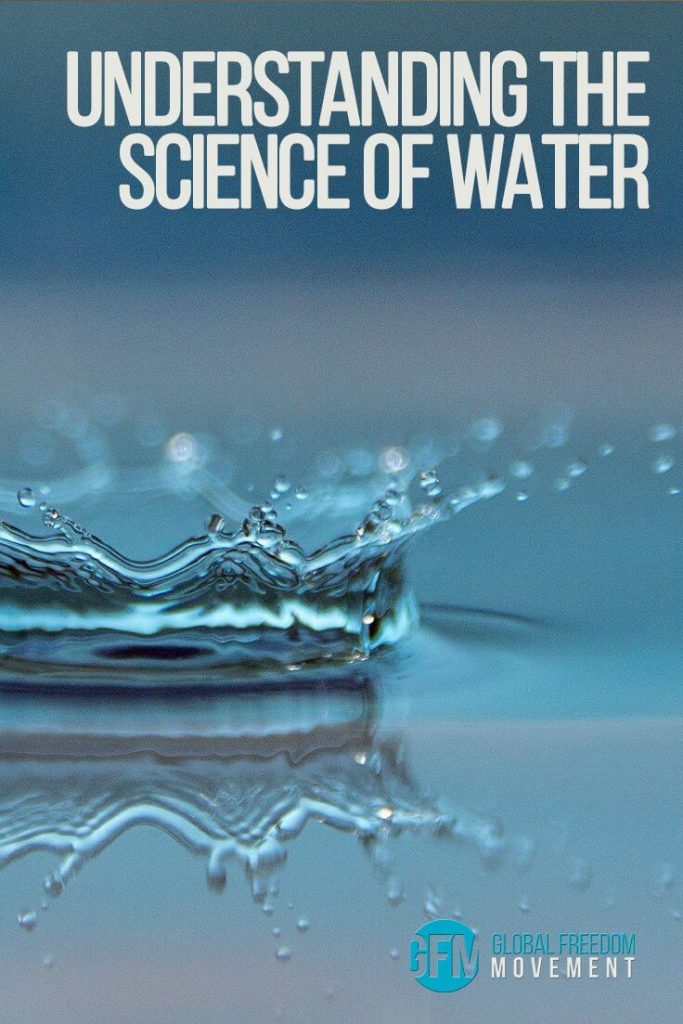 Water is central and absolutely essential to the process of every cell in our body. But the water we need is not ordinary tap water. Tap water is dead and polluted. It is not H20. It is H302. It is organised molecules, that are structured in a particular fashion, to provide our cells with true nourishment.

Water is certainly not as simple as you may think…

The research of Viktor Schauberger, Gerald Pollack, Callum Coats and MJ Pangman, described in this article aims to give you a deeper understanding of the science of water.

Understanding The New Science of Water

The New Science of Water, pioneered by many researchers, including Professor Gerald Pollack from the University of Washington, shows that as well as occurring naturally in three different states (solid, liquid and vapour), water also occurs in a fourth molecular-structured state resembling that of liquid crystal. This form of structured water (H302) is energised, negatively charged, and is the vital element in all living organisms and natural ecosystems that is crucial for growth, well-being and longevity.

According to Australian Environmental Scientist, Robert Gourlay, the New Science of Water is leading to the conclusion (not yet well understood by mainstream scientists) that water structure and energy (including cell polarity) are more critical to life function than the natural chemical constituents of water. Most water that humans and domestic animals now utilise on a daily basis is toxic, including rainwater that is exposed to air pollution, soil water that is contaminated by toxic waste and chemicals, and all captured water in dams, tanks and pipes. The limited availability of clean, structured, negatively-charged water, which every cell in your body and in plants and animals requires for good health, is now a major limitation to a healthy life.

Rob Gourlay also points out that magnetically structured water has a concentrated molecular structure that substantially mitigates friction associated with pressure-induced flow velocity in pipes, thereby offering significant efficiency advantages in irrigation, agriculture, and other hydrodynamic applications. Similar flow efficiencies were observed and used by Viktor Schauberger in the early 20th century through his vorticular water flow experiments, that mimicked the processes occurring in nature.

Gerald Pollack and his Significant Revelations About Water

The New Science of Water, by MJ Pangman

The Significance of Liquid Crystalline Water, by MJ Pangman

Drinking the best quality water is vital for our good health. It helps to maintain the well-being of vital organs and blood function. Almost 80% of our body weight is made up of crucially important inter-cellular water.

Modern city public water supplies in many developed countries around the world are recycled as many as 20 times. Even if the physical contaminants have been removed, their “vibration imprint” is still carried by the water in it’s “memory”, according to researchers such as Jacques Beneveniste and Michel Schff (The Memory of Water, 1995).

No matter how many times such town water is recycled, it can carry restorative energies and can transmit negative or destructive imprints that cause disharmony or disease. Town water can also contain a frightening number of contaminants, including antibiotics, anti-depressants, beta-blockers, nano-particles, painkillers, parabens, pesticides, phthalates and veterinary medicines. Tap water is dead and polluted.

In 1958, what was to be the last year of his life, a little known man of great vision received an invitation from America he simply couldn’t refuse: complete and ample financial support to carry on the work of Project Implosion — a project which promised to give humanity free, clean energy while allowing for the return of balance in nature. And so, despite his deteriorating health, an elderly Austrian Forestmaster, Viktor Schauberger, gathered all the materials of his life’s work and made the trip to America — at last Schauberger was to receive the long-overdue recognition for his awesome discoveries!

Unbeknown to Viktor however, there was no money, only a well planned set-up that kept him in virtual imprisonment until every bit of his incredible data was signed over to these mysterious Americans. Completely crushed and dismayed, Viktor returned home to Austria where he died five days later.

Who was this man Viktor Schauberger, and what sort of evolved discoveries had he made which prompted the methodical invalidation of his ideas and the diabolical destruction of his intense will to life?

This video reseals all the shocking details of his life commitment — the proposals, the inventions, and the predictions that so upset the establishment.

This video celebrates Viktor’s dedication to the salvation and glorification of water — the lifeblood of the earth. Witness for yourself the astounding contributions one remarkable man attempted to bring to a planet already showing signs of the desperate times ahead during the 1920s and 1930s. This is one video you will want to show to everyone around to help spread its vital message.

Nature Was My Teacher – The Vision of Viktor Schauberger

Technology developed by Viktor Schauberger can cleanse and re-energise water and remove its “memory”. This technology is known as Schauberger’s Vortex Eco-Technology. The  following documents are provided by courtesy of https://www.schauberger.co.uk.

Viktor Schauberger (1885-1958) was an Austrian forestor, naturalist and ingenious inventor.

“He viewed the intricate interconnectedness of all of Nature’s energetic processes essentially sacred, emanating from the supreme source, The-All-That-Is. He saw energy as the “actuality” and matter as “fossilised energy”. He saw water (including sap and blood) as an organism, the vital life-giving and energy-empowering vehicle that intelligent Nature uses for all forms of transmission and communication, energetic as well as physical, a medium linking Earth and Cosmos, with a vital role in promoting higher evolutionary life forms”.

“He emphasised the importance of the water cycle which, together with the minerals that it supplies, can be seen as providing the nourishment for evolutionary biodiversity”.

“He describes Nature as purposeful, and evolution as the continual refinement of energies to promote greater complexity of inter-relationships, to facilitate the emergence, and to raise the consciousness, of higher life forms. All of creation is imbued with spirit, and you find that even a stone displays a living energy”.

“Nature is the mirror of the supreme consciousness, and Schauberger recognised in her the kind of omnipotence that our religions ascribe to God. This is little different to what humanity has believed through 99% of our time on Earth, but its implications for our present civilization are enormous. We need to accept that we are indeed part of Nature, and subject to her laws”.

“This is so contrary to the skepticism of our current materialistic science, which has no room for meaning and purpose, though the winds of change are stirring. Science has begun to rediscover holism, particularly in quantum physics and holistic biology. Our science recognises certain natural laws which apply to the material world, but fails to see that they often become invalid in an energy dimension higher than the physical.

“The second law of thermodynamics says that all systems degenerate into chaos. Schauberger discovered that a system can in fact generate energy spontaneously, and once started, no further energy input is necessary. This was the basis of his free energy machines”.

The video playlist above by Callum Coats provides an extraordinary insight into the hidden properties of water.

Callum Coats is one of a very few people who truly understand the Nature of Water and the brilliant work of Viktor Schauberger, which he has translated English for the benefit of others. Viktor Schauberger (1885 to 1958), a naturist from Austria, made a lifelong study of water from mountain springs to river flows and highly evolved hydraulics. He earned the name “Water Wizard” by developing a deep understanding of water … the most important life-giving and energy empowered substance on Earth.

Through Callum Coats’ videos and books, you will be guided through forests, rivers, and the global water cycle, which reveal deep insights into water’s nature and how it needs to be handled for humanty to stay healthy. You will see the effects of nature’s amazing vortex motion in water, how to harness clean abundant energy, and how to generate lightning from a fine water jet. Callum’s books (see below) are based on his own research and Viktor Schauberger’s brilliant work with natural energy and water:

“Nature as Teacher”, “Living Energies” and “The Water Wizard”.

“Who Was Viktor Schauberger? A 3-part article by Callum Coats from Nexus Magazine. 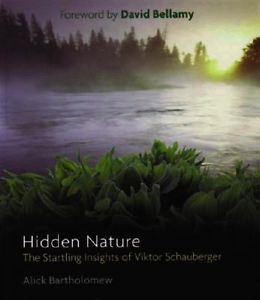 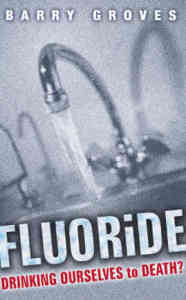 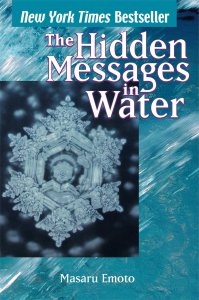 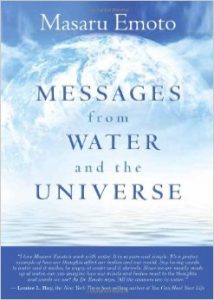 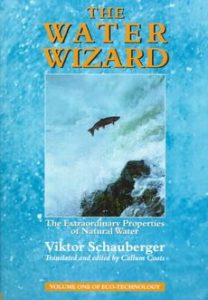 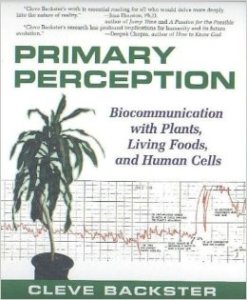 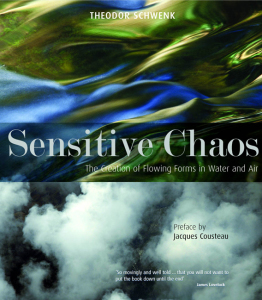 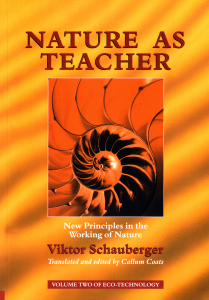 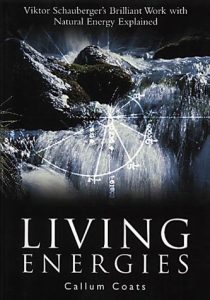