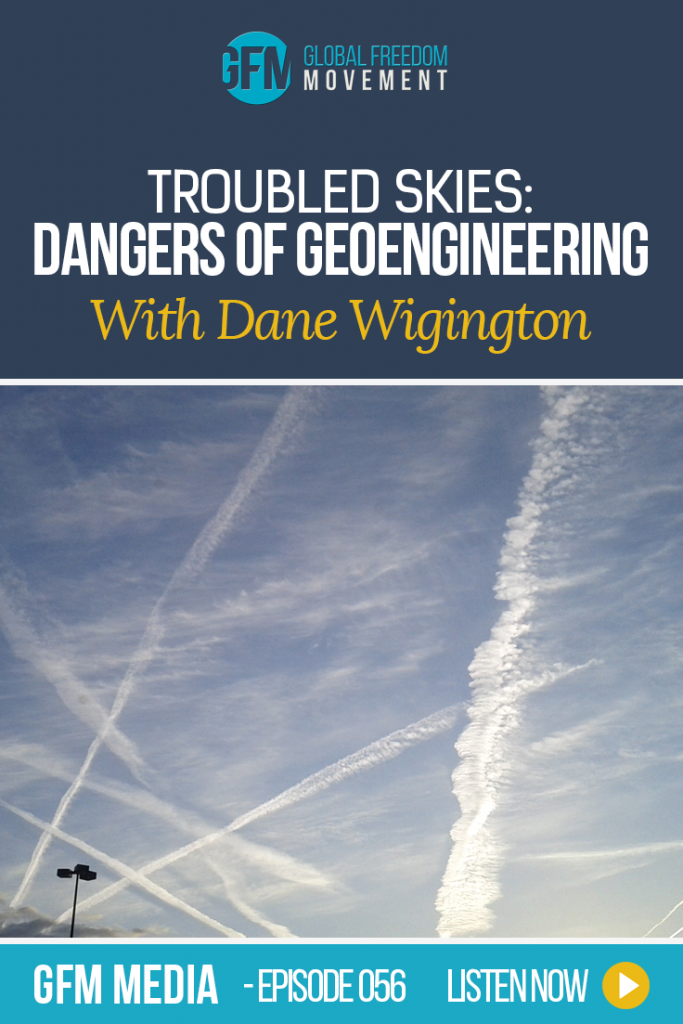 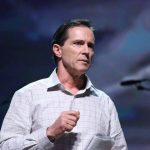 Attention: the skies, the soil, and the waters are being poisoned from above, and we are bringing you the leading authority on this “geoengineering” disaster: powerhouse researcher and educator Dane Wigington.

Dane Wigington hopes so and he is here to set the record straight. Dane has a background in solar energy. He is a former employee of Bechtel Power Corporation (yes, that Bechtel) and has a background in renewable energy. His personal residence was featured in a cover article on the world’s largest renewable energy magazine, Home Power, and he owns a large “wildlife preserve” next to Lake Shasta in northern California.

Dane put all his focus, efforts and energy on the geoengineering issue when he began to lose very significant amounts of solar uptake due to the ever-increasing “solar obscuration” caused from jet aircraft spraying in the skies above his forest home. He also noted significant decline in forest health was occurring and appeared to be accelerating. Extensive testing and research into the geoengineering issue was commenced and has continued since 2002 – with VERY disturbing results.

Dane is the lead researcher for www.geoengineeringwatch.org and has investigated all levels of geo engineering from stratospheric aerosol geoengineering (SAG) to HAARP. He has appeared numerous films, and radio interviews to educate the public on the extremely dire environmental and health dangers we face on a global level from geoengineering.

Please tune in this Sunday at 9 pm Sydney time and share this crucial information about geoengineering far and wide!

Weather as a Force Multiplier: Owning the Weather in 2025 – a US Air Force document, download here.

Approaching People on the topic of Geoengineering – First of all, semantics are extremely important in regard to the introduction of geoengineering. The geoengineering term is related to hard science, the “chemtrails” term has no such verifiable basis but rather leads anyone that Googles the term straight to “conspiracy theory” and “hoax” definitions. Use the terms “climate engineering” and “geoengineering”. More details here. 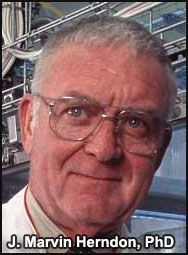 New Science Study Confirms Contamination From Climate Engineering Assault – The “International Journal Of Environmental Research And Public Health” has just published an in-depth research report from Dr. Marvin Herndon that directly implicates the use of highly toxic coal fly ash with 99% certainty as base material in the ongoing climate engineering programs. Why would such a material be utilized for climate engineering? Read more…

Read the study here… (Please note that it was not retracted by Marvin, but by the Journal…)

Chemically Nucleated “Ice Balls” On 40 Degree Lake Michigan – The spraying of chemical or biological ice nucleating agents over clouds and storm systems is a major component of the completely engineered winter storms which are very theatrically named by organizations like “The Weather Channel”. These ice balls have appeared in lake water that is 40 degrees fahrenheit or above. How is this possible? Read more… 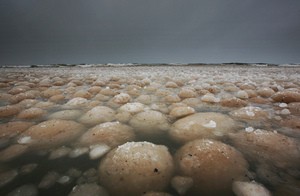 Courageous Former Commercial Pilot Joins The Fight To Stop Geoengineering – When credible professionals speak out about the ongoing climate engineering insanity, people listen. Former commercial airline pilot, Willem Felderhof is helping to sound the alarm in the fight to expose and stop global geoengineering, his testimony is in the following article. Read more… 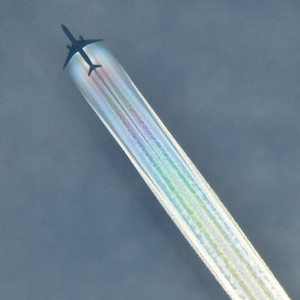 High Bypass Turbofan Jet Engines, Geoengineering, And The Contrail Lie – The greatest lie ever perpetrated and propagated is the lie of the “persistent condensation trail”. Without knowing any of the related science facts on this issue, anyone with a sense of reason should be able to determine the fact that our skies are being sprayed. Trails that are turned on and off, grid patterns one day and nothing the next (in spite of identical atmospheric conditions). Witnessing one jet leaving a trail from horizon to horizon adjacent to another jet at a similar altitude that leaves virtually nothing. Trails of completely dissimilar compositions and colors. Plumes behind jets that do not match the alignment of the engines themselves causing some of the trails to shoot out to one side of the aircraft. There is also of course the fact that climate science circles and governments around the globe are clamoring for climate engineering to be deployed, though none in these communities of tyrants and cowards will yet admit to the truth. Our society has been well trained to accept the official narrative on countless issues which is how those in power hide their crimes in plain site. The fact that so many official explanations are completely contrary to reason and the laws of physics seems not to matter to most of the population, “ignorance is bliss” as the saying goes. Read more…

Spray Jets on aircraft – Evidence of aircraft spraying whilst flying in the air. 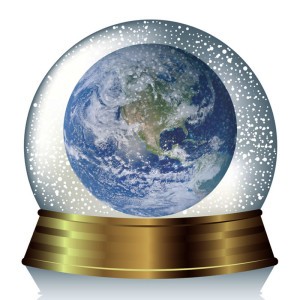 Engineering Winter Storms – How is it there are such anomalous cold events on an ever rapidly warming planet? Welcome to climate engineering and “artificial ice nucleation for weather modification”. The geoengineers were able to manipulate some weather headlines and produce a few cold records in the Eastern US just before the end of October, 2014, with what they labeled as the “polar blast” (the constant record heat in so many parts of the planet are generally ignored by mainstream media). Engineered snow storms are a major part of the ongoing climate engineering assault on our biosphere. Massive fluctuations of temperatures and conditions accompany such unnatural events. There is no longer any “natural” weather, none. Read more…

HAARP Data – Information about what Dane Wigington believes is being done in HAARP stations around the world.

It would appear this high frequency electromagnetic pulse is done to “heat” the atmosphere above each station …. possibly to create an “artificial ionospheric mirror = AIM” WITHIN THE ATMOSPHERE,  maybe to have some other yet unknown effect OTHER than weather modification, or these pulses could quite possibly be done for the sole purpose of engineering the weather.

The “goal” of these frequency flashes has not yet been determined.

Also, it has been discovered that a global campaign is underway, to spray particulate matter into the air .. via aircraft distribution .. in order to aid in frequency propagation and transmission… substances like Aluminum, Barium, Strontium, and Silver Iodide (just to name a few).  Commonly called “chemtrails” this “cloud seeding” is picking up in pace. Read more… 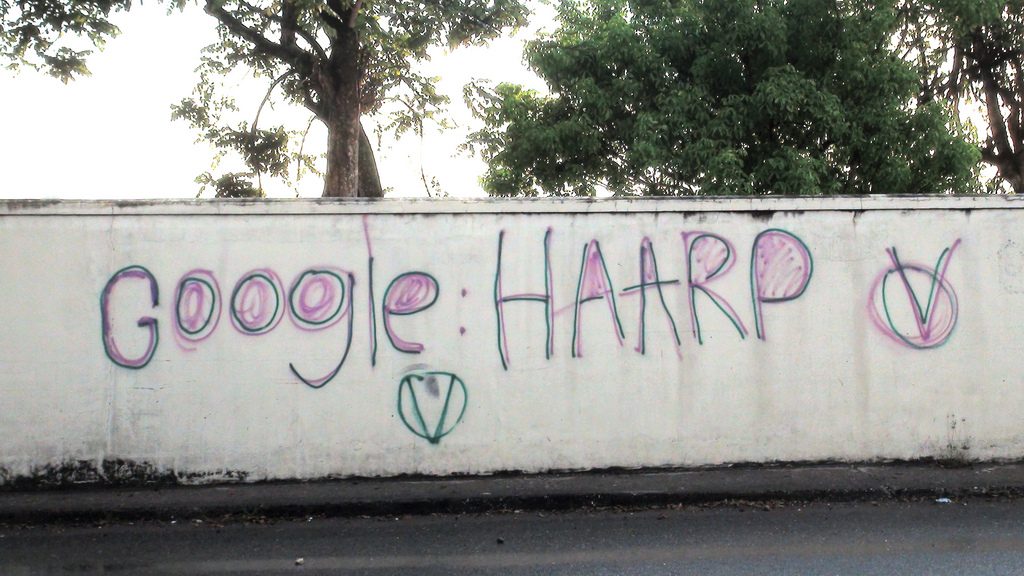 Geoengineering, A Clear And Present Danger –  This video presentation by Dane Wigington was done in Northern California on November 21st, 2014. It is a wake-up call. When the ship is going down, one must prioritise their time, their actions, and their energy. The planet is dying. Though there are countless forms of damage to Earth from human activities, climate engineering is mathematically the greatest single source, it is the epitome of human insanity. Our society has been very well trained to turn two blind eyes to the big picture, and to simply spend their time and energies only on their own pursuit of personal pleasures. If this paradigm is not overturned, and people do not choose to stand and face the challenges closing in on us, we will have no chance. Now is when we decide why we are here. Now is when we decide what it means to show our love for our children. If life on Earth is to have any possibility of survival, if our children are to have any chance of a future, we must all stand together in the battle to preserve what life is left on our once thriving planet. If we do not act today, we will not have tomorrow.

Geoengineering Earth, Exposing The Global Climate Modification Assault – Governments around the world have long since fully deployed global climate engineering on a scale that cannot truly be comprehended. They decided (without public knowledge or consent) that they had the right to use the atmosphere of our planet to serve their own agendas which amount to nothing less than weather and biological warfare. On August 14th, 2015, there was a major event in Northern California that was organized for the purpose of exposing and halting the global climate engineering programs that are decimating our planet and the entire web of life.

Numerous experts spoke out at this event including attorneys, former government scientists, a former defense industry technician, former military personnel, a prominent Northern California Neurologist, and a CEO for one of the largest environmental and engineering consulting firms in the world. Approximately 1000 people attended this event. The video below is the primary PowerPoint informational presentation given at the event, “Engineering Earth, Exposing The Global Climate Modification Assault”. This presentation was given by Dane Wigington, lead researcher for geoengineeringwatch.org. 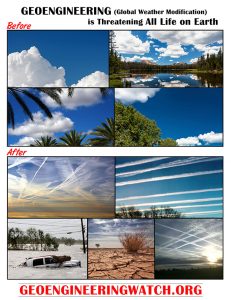 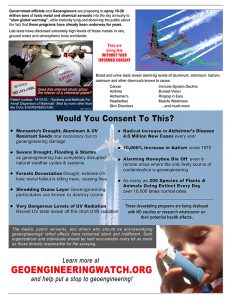 Single-sided flyers (print in black and white for economical use) 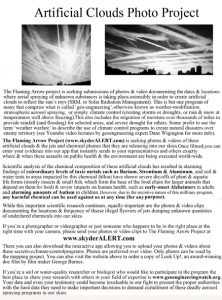 Thank you for listening to Troubled Skies: The Environmental And Health Dangers Of Geoengineering With Dane Wigington.