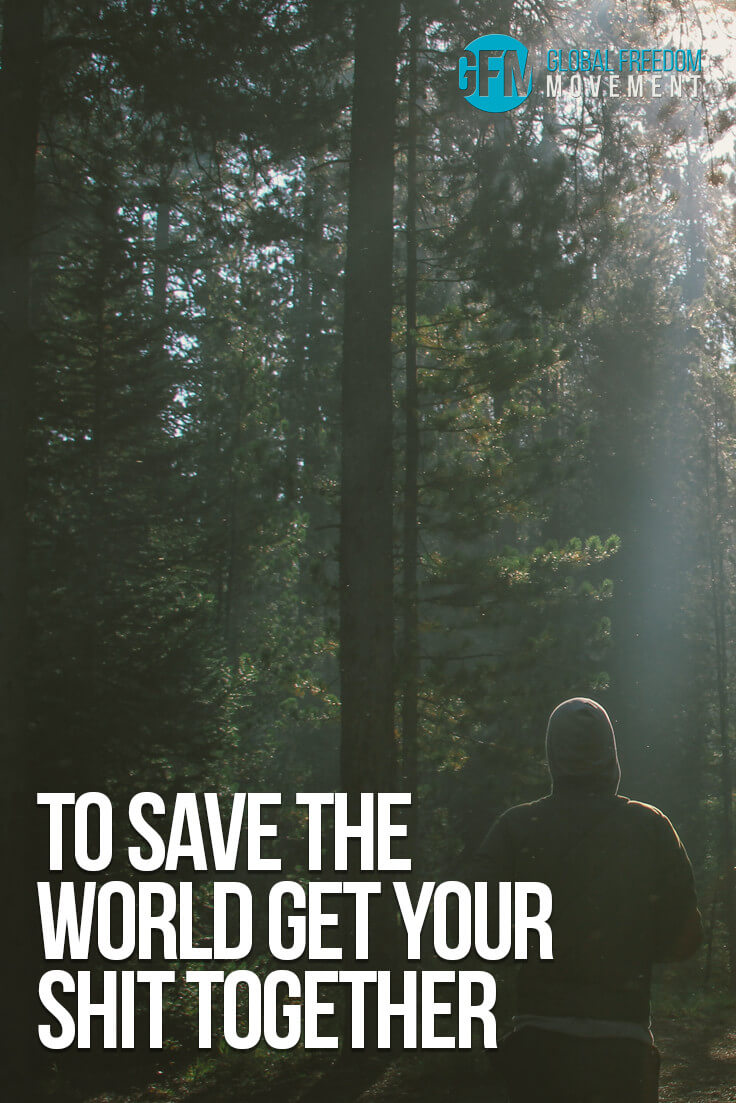 Believing is seeing. That’s why you need to get your shit together.

People build themselves mental cages from a young age (even starting in the womb) and perceive the world and people’s actions through the bars of their own idiosyncratic perceptual cage.

That “cage” could be anything from limiting beliefs such as “life isn’t meant to be easy,” or, “better the devil you know.”

What looks “dangerous” to one man could simply be intelligent opportunism to another. One man’s “wacky conspiracy theory” is another man’s logical conclusion based on diligent research.

Maybe you weren’t born in a cage. Maybe you just built one for yourself over time.

“Seeing” is a tricky thing, and people are notoriously good at deceiving themselves.

What we perceive as external to us is really our own neurology at work. We are basically blind to reality as it is, and instead interact with our very rough and distorted mental maps.

Neurology determines perception. You literally see what you believe.

We see not reality-as-it-is, but reality as it’s filtered through many layers of mental conditioning — most of it insidious and unconscious; formulated in the early years of our existence.

If you want to “save the world”, save yourself first.

Get your shit together. Sort out your mind, your emotions, mental associations, programs, unconscious loyalties.

“Clean your room,” as Jordan Peterson exhorts us.

Start improving the world by improving yourself. Be a better human. It’s the most surefire, realistic, pragmatic way you can make an immediate difference in the world. You can change your thoughts and actions much more readily than anyone else’s.

The willingness to do so is indicative of a certain level of maturity; it indicates responsibility being taken for one’s life — and one’s impact in the world.

Change YOUR world by changing yourself.

Take responsibility for your hardships and challenges.

Waving placards in anger at a university campus or a crowd of strangers doesn’t generally change shit. For example, most college/uni students are too young (see: ill-informed) to understand a great deal about how the world truly works. They’d rather oversimplify it, create a bogeyman, blame it for all that is wrong with the world and their lives, and outsource responsibility. (“It’s Republicans,” “It’s Liberals,” etc.)

Neo-fems, you might also take heed: you change nothing by blaming all the world’s issues on men. Projecting all of your darkness and resentment on to the entirety of the opposite sex is not only futile, it’s also juvenile.

All you achieve is signalling to the world that you have determined that the most comfortable role for you to play is that of a helpless victim — then it’s someone ELSE’S responsibility to change things, not yours.

They say charity starts at home. So does meaningful change and transformation.

Even not choosing is a choice. No matter what you do or don’t choose, own it. Own your brokenness, your weakness, your vice.

That’s the only useful starting point for changing anything that matters. If you simply rail against the darkness out in the world without working on yourself, you merely rail against your own shadow.

Shouting at a mirror never solved a damn thing though.

Blaming your bogeyman only prolongs your situation and suffering. You give your power away.

Get your shit together.

Make a concerted effort to understand the many levels and dimensions of yourself. Much of it isn’t pretty. That’s what makes us all human. It’s the “dirt” in you that offers the potential for meaningful growth — and even for meaningful and beautiful action in the world.

How many leaders achieved what they did BECAUSE they grappled with their demons and owned them?

Many. Leaders own their shit and take responsibility. 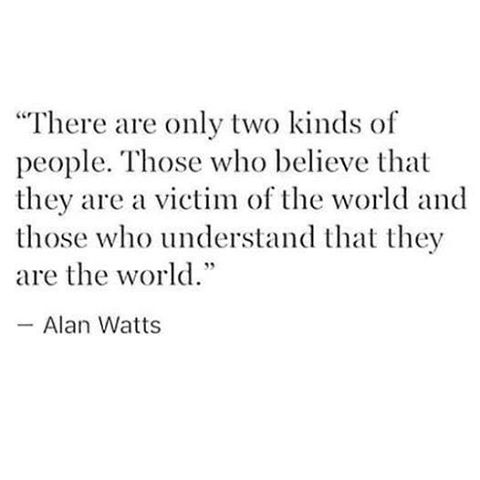 Victims pretend the demons are all outside of themselves and that they’re A-okay; perennial victims adopt this toxic mindset as policy. “I’m okay, you’re not okay.”

Hey, we are ALL fucked up, traumatised, and broken, it’s only a question of degree.

The world fucking needs you to get your shit together.

It needs you self-aware and humble, not bitter and angry, nor in denial and disconnect.

The world needs your heart. Hiding it behind 10 feet of steel-reinforced concrete in order to protect yourself (likely your wounded inner child) is only a primitive defence mechanism that’s now holding you back and robbing the world of your light.

We connect most meaningfully through the heart, so don’t lock it away. There are people out there who NEED your heart, your caring, your vulnerability.

Don’t deny us that.

Owning your weakness and fallibility is the source of your true power.

You owe it to yourself to find out what you are, what you can be, and what you can do — IF you really get your shit together.