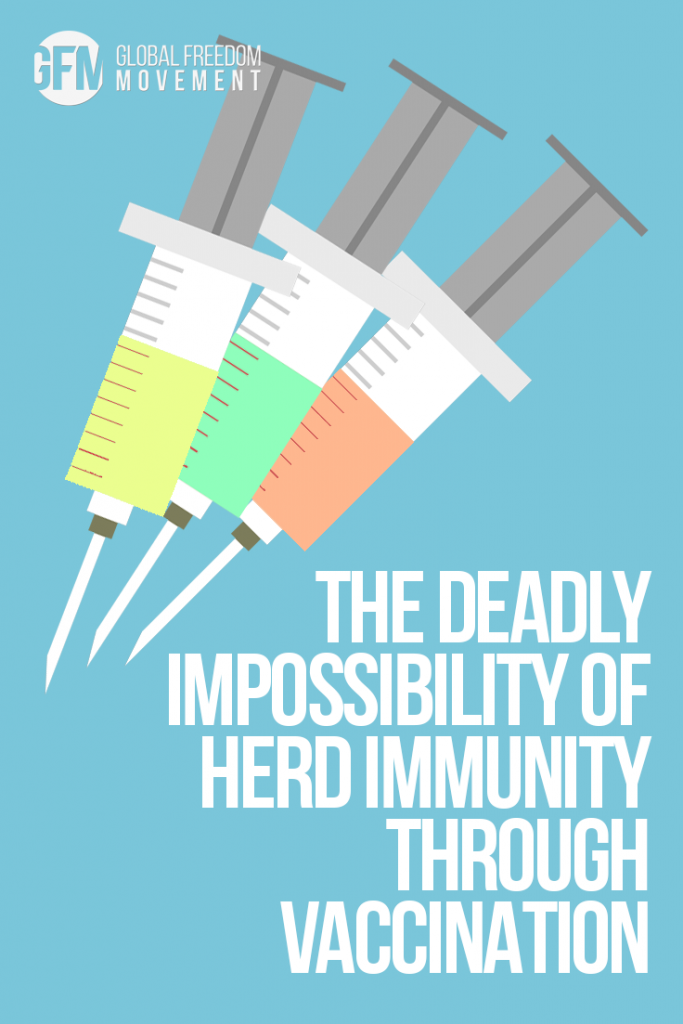 Those who are observant have noticed a dangerous trend in the United States, as well as worldwide, and that is the resorting of various governments at different levels to mandating forced vaccination upon the public at large. My State of Mississippi has one of the most-restrictive vaccine-exemption laws in the United States, where exemptions are allowed only upon medical recommendation. Ironically, this is only on paper, as many have had as many as three physicians, some experts in neurological damage caused by vaccines, provide written calls for exemption, only to be turned down by the State’s public-health officer.

Worse are the States, such as Massachusetts, New Jersey and Maryland, where forced vaccinations have either been mandated by the courts, the state legislature, or have such legislation pending. All of such policies strongly resemble those policies found in National Socialist empires, Stalinist countries, or Communist China.

When public-health officers are asked for the legal justification for such draconian measures as forcing people to accept vaccines that they deem either a clear and present danger to themselves and their loved ones or have had personal experience with serious adverse reactions to such vaccines, they usually resort to the need to protect the public. 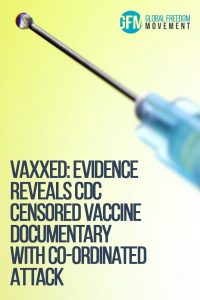 One quickly concludes that if the vaccines are as effective as being touted by the public-health officials, then why should one fear the unvaccinated? Obviously the vaccinated would have at least 95% protection. This question puts them in a very difficult position. Their usual response is that a “small” percentage of the vaccinated will not have sufficient protection and would still be at risk. Now, if they admit what the literature shows, that vaccine failure rates are much higher than the 5% they claim, they must face the next obvious question – then why should anyone take the vaccine if there is a significant chance it will not protect?

When pressed further, they then resort to their favorite justification, the Holy Grail of the vaccine proponents – herd immunity. This concept is based upon the idea that 95% (and some now say 100%) of the population must be vaccinated to prevent an epidemic. The percentages needing vaccination grows progressively. I pondered this question for some time before the answer hit me. Herd immunity is mostly a myth and applies only to natural immunity – that is, contracting the infection itself.

In the original description of herd immunity, the protection to the population at large occurred only if people contracted the infections naturally. The reason for this is that naturally-acquired immunity lasts for a lifetime. The vaccine proponents quickly latched onto this concept and applied it to vaccine-induced immunity. But, there was one major problem – vaccine-induced immunity lasted for only a relatively short period, from 2 to 10 years at most, and then this applies only to humoral immunity. This is why they began, silently, to suggest boosters for most vaccines, even the common childhood infections such as chickenpox, measles, mumps, and rubella.

Then they discovered an even greater problem, the boosters were lasting for only 2 years or less. This is why we are now seeing mandates that youth entering colleges have multiple vaccines, even those which they insisted gave lifelong immunity, such as the MMR. The same is being suggested for full-grown adults. Ironically, no one in the media or medical field is asking what is going on. They just accept that it must be done.

That vaccine-induced herd immunity is mostly myth can be proven quite simply. When I was in medical school, we were taught that all of the childhood vaccines lasted a lifetime. This thinking existed for over 70 years. It was not until relatively recently that it was discovered that most of these vaccines lost their effectiveness 2 to 10 years after being given. What this means is that at least half the population, that is the baby boomers, have had no vaccine-induced immunity against any of these diseases for which they had been vaccinated very early in life. In essence, at least 50% or more of the population was unprotected for decades.

If we listen to present-day wisdom, we are all at risk of resurgent massive epidemics should the vaccination rate fall below 95%. Yet, we have all lived for at least 30 to 40 years with 50% or less of the population having vaccine protection. That is, herd immunity has not existed in this country for many decades and no resurgent epidemics have occurred. Vaccine-induced herd immunity is a lie used to frighten doctors, public-health officials, other medical personnel, and the public into accepting vaccinations.

When we examine the scientific literature, we find that for many of the vaccines protective immunity was 30 to 40%, meaning that 70% to 60% of the public has been without vaccine protection. Again, this would mean that with a 30% to 40% vaccine-effectiveness rate combined with the fact that most people lost their immune protection within 2 to 10 year of being vaccinated, most of us were without the magical 95% number needed for herd immunity. This is why vaccine defenders insist the vaccines have 95% effectiveness rates. 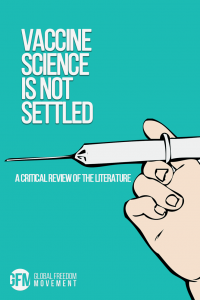 Without the mantra of herd immunity, these public-health officials would not be able to justify forced mass vaccinations. I usually give the physicians who question my statement that herd immunity is a myth a simple example. When I was a medical student almost 40 years ago, it was taught that the tetanus vaccine would last a lifetime. Then 30 years after it had been mandated, we discovered that its protection lasted no more than 10 years. Then, I ask my doubting physician if he or she has ever seen a case of tetanus? Most have not. I then tell them to look at the yearly data on tetanus infections – one sees no rise in tetanus cases. The same can be said for measles, mumps, and other childhood infections. It was, and still is, all a myth.

The entire case for forced mass vaccination rest upon this myth and it is important that we demonstrate the falsity of this idea. Neil Z. Miller, in his latest book The Vaccine Information Manual, provides compelling evidence that herd immunity is a myth.

The Road to Hell is Paved with Good Intentions

Those pushing mandatory vaccination for an ever-growing list of diseases are a mixed bag. Some are quite sincere and truly want to improve the health of the United States. They believe the vaccine-induced herd immunity myth and likewise believe that vaccines are basically effective and safe. These are not the evil people.

A growing number are made of those with a collectivist worldview and see themselves as a core of elite wise men and women who should tell the rest of us what we should do in all aspects of our lives. They see us as ignorant cattle, who are unable to understand the virtues of their plan for America and the World. Like children, we must be made to take our medicine – since, in their view, we have no concept of the true benefit of the bad-tasting medicine we are to be fed. 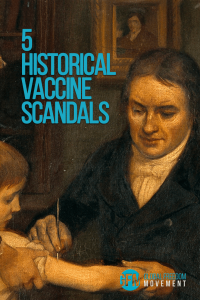 I have also found that a small number of people in the regulatory agencies and public health departments would like to speak out but are so intimidated and threatened with dismissal or destruction of their careers, that they remain silent. As for the media, they are absolutely clueless.

I have found that “reporters” (we have few real journalists these days) rarely understand what they are reporting on and always trust and rely upon people in positions of official power, even if those people are unqualified to speak on the subject. Most of the time they run to the Centers for Disease Control or medical university to seek answers. I cannot count the number of times I have seen university department heads interviewed when it was obvious they had no clue as to the subject being discussed. Few such professors will pass up an opportunity to appear on camera or be quoted in a newspaper.

One must also appreciate that such reporters and editors are under an enormous economic strain, as vaccine manufacturers are major advertisers in all media outlets and for an obvious reason – it controls content. A number of excellent stories on such medical subjects are spiked every day. That means we will always be relegated to the “fringe media” as our media outlets are called. Despite the high quality of the journalism in many of the “fringe” outlets, they have a much smaller audience. And despite this we are having an enormous effect on the debate.

As the Public Awakens, the Collectivist Becomes Desperate

John Jewkes, in his book Ordeal by Planning, observed that as the British collectivists began to see opposition rise to their grandiose plans, they became more desperate and aggressive in their reaction. They then initiated a campaign of smearing their opponents and blaming every failure on the unwillingness of the people to accept the planner’s dictates without question. We certainly have seen this in this debate – opponents to forced vaccinations are referred to as fringe scientists, kooks, uneducated, confused, and enemies of public safety – reminiscent of Stalin’s favorite phrase, “enemy of the people.”

This desperation is based upon their fear that the public might soon catch on to the fact that the entire vaccine program is based upon nonsense, fear, and concocted fairy tales. One special fear of theirs is that the public might discover the fact that most vaccines are contaminated with a number of known and yet-to-be discovered viruses, bacteria, viral fragments, and DNA/RNA fragments. And, further, that our science demonstrates that these contaminants could lead to a number of slowly-developing degenerative diseases, including degenerative diseases of the brain. This is rarely discussed but is of major importance in this debate.

This article “The Deadly Impossibility Of Herd Immunity Through Vaccination” is 100%  created by and the property of Dr Russell Blaylock, whose work in awareness-raising we gratefully share. 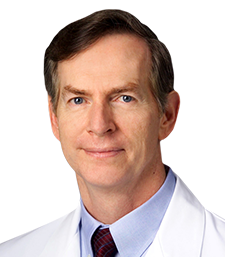 Russell Blaylock, M.D. is the editor of the Blaylock Wellness Report, and a nationally recognized board-certified neurosurgeon, health practitioner, author, and lecturer.

He attended the Louisiana State University School of Medicine in New Orleans and completed his internship and neurosurgical residency at the Medical University of South Carolina in Charleston. For over a quarter of a century, he practiced in the demanding field of neurosurgery in addition to having a nutritional practice.

He recently retired from his neurosurgical duties to devote his full attention to nutritional studies and research. Dr. Blaylock has authored three books on nutrition and wellness:

An in-demand guest for radio and TV programs, he lectures extensively to both lay audiences and other physicians on a variety of nutrition-related subjects.

Dr. Russell Blaylock is the 2004 recipient of the Integrity in Science Award granted by the Weston A. Price Foundation. He serves on the editorial staff of the Journal of the American Nutraceutical Association and is a member of the editorial board of the Journal of American Physicians and Surgeons, official publication of the Association of American Physicians and Surgeons.

He previously served as Clinical Assistant Professor of Neurosurgery at the University of Mississippi Medical Center in Jackson, MS, and is currently a visiting professor of biology at the Belhaven College, also in Jackson.