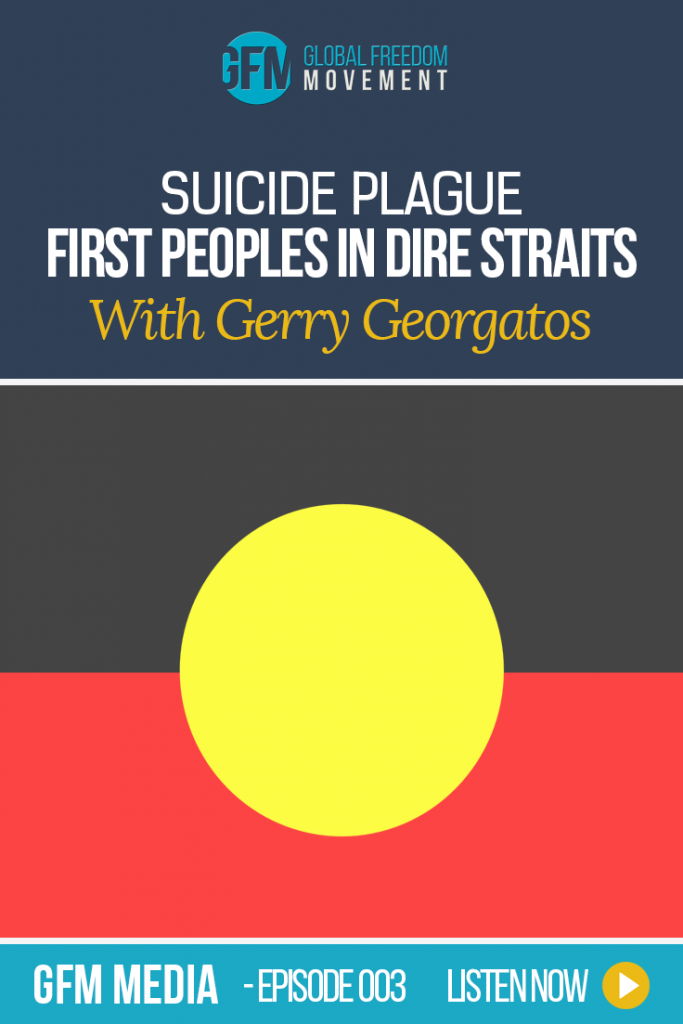 The suicide plague among First Peoples of Australia has been a disgraceful neglect for far too long. For many years, Gerry Georgatos, has researched the plight of our First Peoples in search of finding a positive solution for the way forward.

Gerry Georgatos is a life-long human rights and social justice campaigner, and a multi-award winning investigative journalist. After years as a university researcher in racism, he found himself called upon to contribute as a journalist for the National Indigenous Times, where his sustained coverage of stories led to positive outcomes. His breakthrough stories on the Native Title Act and the Yindjibarndi launched one inquiry and changed the political landscape. His social justice campaigns include his ongoing work with the homeless, anti-drugs campaigns, fighting racism and discrimination, and freedom of speech campaigns. Yet, the suicide plague continues.

On Episode 3 of Global Freedom Movement Radio, Gerry Georgatos joins us to speak about the suicide plague we find ourselves deep in the midst of. Having extensively studied racism, its veils and layers – and extended his doctoral research to premature deaths, unnatural deaths and suicides – his work in suicides has led to greater awareness of the extensiveness of the suicide plague among Aboriginal and Torres Strait Islander peoples–children, youth and adults. Because of his work, the Federal Government recently included this tragedy as part of their mandate.

Gerry blows the whistle on the Government’s acceptance of these important issues, which indicts many throughout the political landscape. And he offers powerful solutions for those willing to listen.

Thanks for listening to Suicide Plague: First Peoples In Dire Straits with Gerry Georgatos!