This article via Alternet 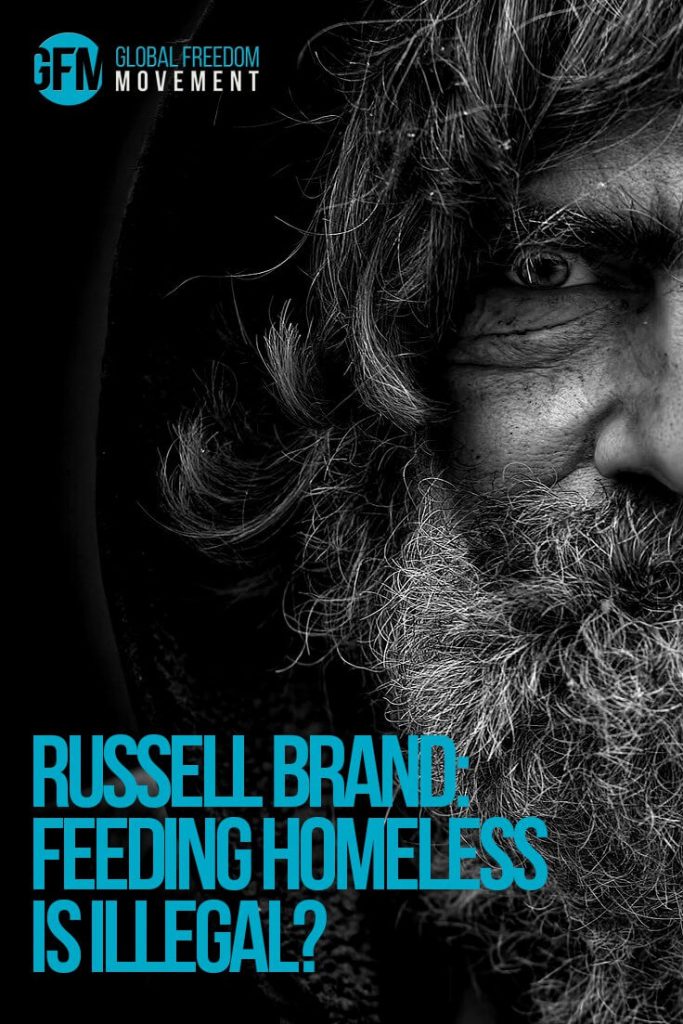 Russell Brand: $4 Billion Spent on Elections, But Feeding the Homeless is Illegal

Russell Brand weighed in on the recent controversy surrounding the arrest of a 90-year-old Fort Lauderdale, Florida man whose only crime was violating a new city ordinance against feeding the homeless.

“He couldn’t look any more like an adorable old man, could he?” Brand began. “And yet he’s being ushered away by the police.”

“These values now aren’t the preserve of extreme activists, loonies in Anonymous masks tipping over police vans — they’re the values of elderly old war veteran men, because the values we’re talking about are just compassion and fairness.”

“There’s a prevailing idea,” he continued, “that there’s something ethically wrong with being poor, and that America’s run according to Christian values. But when people are practicing genuine Christian values, they themselves are directly prosecuted.”

“Clearly,” Brand said, “what Jesus was really into was having guns, and not having abortions, and not being gay. Those are his main priorities. But after he made sure that everyone had a gun, no one had an abortion, and nobody was gay, he had a little think about the poor people and whether they needed anything.” 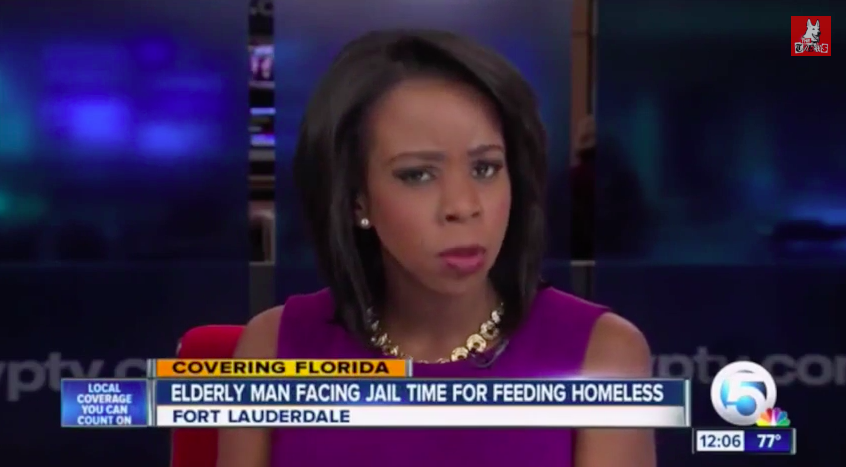 “Sharing is one of the most important Christian values. Looking after each other is a Christian value.” But, he added, American businessmen use “Christianity and morality of all kind to protect their own corporate interests.”

“We’ve got to have a law,” he said in the voice of an American businessman, “preventing people from sharing food — especially from the hungry, let’s exclude them from the get-go.”

In his own voice, Brand said, “this is a very popular current mentality, and presumably it comes from businesses and corporations in town centers saying, ‘I don’t like these homeless folk outside my store, it’s inconvenient and depressing. Don’t feel sympathy for the vulnerable people, think about local businesses and their needs not to have human litter cluttering up the walkways.’”

“At no point,” he continued, “do people think, ‘We can divert some of this wealth and affluence at the top of the pyramid towards vulnerable people.’”

“They never think, ‘That could be me.’ They just assume, ‘That person is naturally inferior.’”

“And of course,” Russell Brand said, “we all know homelessness can’t be ended,” before pivoting, noting that “homelessness could be ended with the money Americans spend on Christmas decorations.”

“Let’s bear in mind,” he concluded, “that America just had midterm elections where $4 billion was spent on campaigning — which is just telling you that something’s good. But feeding the homeless? That’s illegal.”

Check out Russell Brand’s vid below:

What are your thoughts? Agree or disagree with Russell Brand?