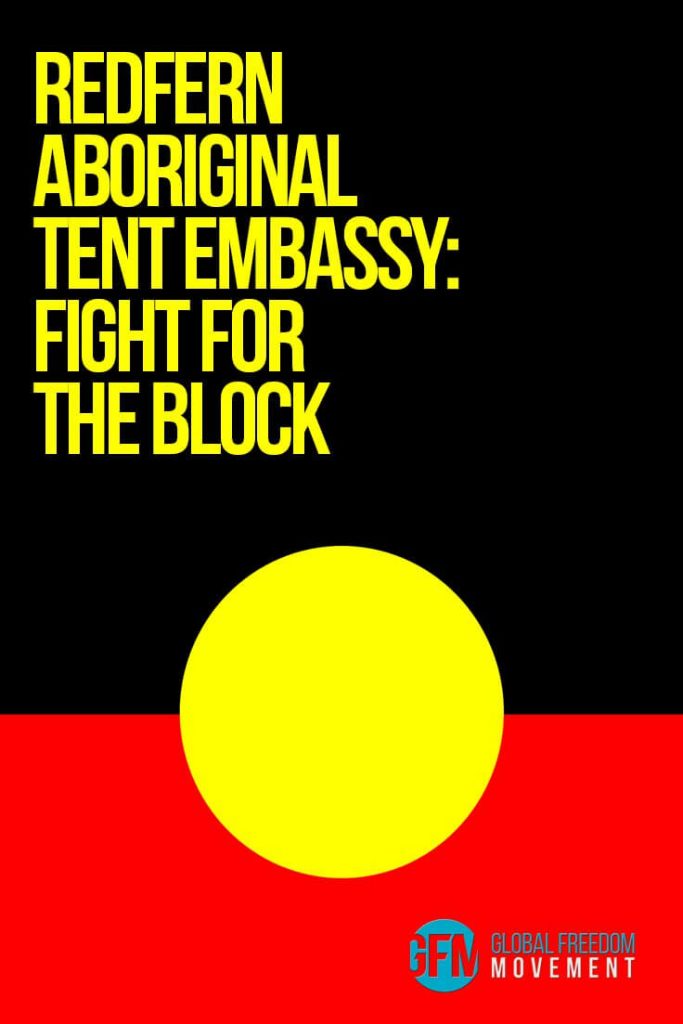 Once again, corporate interests reign supreme over the wellbeing of the world’s people. Here in Australia, the first peoples continue to be pushed out of their homes, degraded, vilified, and blamed for many of the issues that plague their communities. After extensive talks with those in the know, and after spending time ourselves with the first peoples of Australia, we know that the purported ‘problems’ found in communities are but a symptom of a much bigger issue. This is one massive iceberg – and it’s being uncovered piece, by piece, by piece.

One man doing amazing work in this area is the highly respected Gerry Georgatos, editor of The Stringer, an independent news website. Gerry works tirelessly as a life-long human rights and social justice campaigner – and is a multi-award winning investigative journalist (www.thestringer.com.au)  – consistently researching the plight of our First Peoples in search of finding a positive solution for the way forward.

Gerry recently joined us on Global Freedom Movement Radio to speak about the suicide crisis plaguing Australia’s first peoples (listen to the show here…). Today, we share an article Gerry recently wrote about the Redfern Aboriginal Tent Embassy, as the first peoples of Australia rightfully continue their noble mission to remain peacefully on this land.

We join Gerry at The Block over the weekend, and will share many stories with you in the coming days about this issue. For now, please read Gerry’s article, so you too can understand the importance of the Redfern Aboriginal Tent Embassy and what the first peoples are standing for.

This article was originally posted here.

The Block is considered prime real estate, and the AHC has made public a proposal to develop the site, a site which many consider part of the heart and soul of the Aboriginal struggle for their rights. Redfern was once the home to thousands of First Peoples, today it is home to less than 400, with no-one left at the precinct that is The Block despite the Aboriginal Housing Company’s Charter that the precinct was to be for low-income earners, to be the hub of an Aboriginal experience.

The real estate prices are soaring in Redfern, with $1200 rents for little terrace homes. But the Housing Company’s Charter is committed to the vulnerable. We just spoke to CEO of the Aboriginal Housing Company, Mr Mick Mundine, who said the Charter is being lived up to and that 62 houses will be dedicated to “Aboriginal families.”

A confrontation took place between Mr Mundine and Ms Munro this morning at The Block. Ms Munro said to him the Aboriginal Housing Company had betrayed the former residents.

Ms Munro said The Block is Aboriginal land, Mr Mundine said it is private land and that the Aboriginal Housing Company owns it.

Radio Interview here – Confrontation at The Block. Mick Mundine tells Jenny Munro that The Block, despite the Charter of the Aboriginal Housing Company, is not Aboriginal Land.

The Block has always been considered a spiritual hub of the Aboriginal struggle for justice they chased down for more than a century from their oppressors, but more so from the 1930s onwards and particularly in the 1960s and 1970s. Tens of thousands of First Peoples resided in Redfern and surrounding suburbs threaded to La Perouse, another powerful hub of Aboriginal communities and the resistance movements still today little known about by the mainstream.

In 1965, Charles Perkins organised the Freedom Ride with Sydney University students and this event played a huge role in burning bright the flame that had been flickering among political activists from The Block to La Perouse and around Australia. But the Freedom Ride also brought on the positive media interest and an era of heightened protests. The Block would be one of the hubs of the protest movement.

In the early 1970s, a young Bob Bellear, a future judge, now passed, led a campaign to prevent landlords in and around The Block from evicting Aboriginal residents. Mr Bellear was one of the campaigners who lobbied the Gough Whitlam Government for the grant which was used to purchase the houses in The Block – in 1972. And hence the Aboriginal Housing Association was established for Aboriginal people, for low cost housing. The Block became a spiritual home in Australia’s largest city – Sydney is home to more to one in five of all Australians.

But less than 30 years later it was the Aboriginal Housing Company effectively evicting the residents.

According to one of the Housing Association’s founding members, only a decade later, there began “a war of attrition led by Mick Mundine” to remove many of the founding members from the Board. Mr Mundine refutes this and said “they did not renew their memberships.”

The AHA is now the Aboriginal Housing Company (AHC).

Ms Munro said, “The plan for this land was always to provide affordable housing for Aboriginals, it was designed to be for low-income housing. The AHC’s current plans have no benefit to the Aboriginal community whatsoever. Student housing problems can be handled by universities, they shouldn’t be forced on our community.”

On Sorry Day, Ms Munro and others launched Redfern Aboriginal Tent Embassy. Ms Munro had camped at the 1972 Tent Embassy in Canberra. Ms Munro has vowed to camp on The Block till the AHC bows down to what their Charter was about and not to commercial interests.

“I am getting a bit too old for tents but I am prepared to do it.”

By the evening, there were 100 supporters at the camp, there were three tents, smoked earth and much camaraderie. If the campers and the supporters can stay solid, and if a tent city arises on The Block in the weeks ahead, the protest action on a spiritual hub such as The Block may well ignite a social movement and change.

“I will be here for the duration. I think, as the word gets out, this is going to be a little tent city within a week,” said Ms Munro.

In a surprising comment by Mr Mundine, one that will stun many First Peoples not just in Sydney but around the nation, he said that The Block is not Aboriginal Land. Ms Munro said “it is”. Mr Mundine said “it is not, it is private land.” He said it belongs to the AHC. But he did say that the AHC is comprised of its members. Ms Munro said that the members tell her they are dissatisfied. The comment that The Block is not Aboriginal Land needs to be brought into account.

The AHC is seeking bank loans, which it says it has secured, to build a retail precinct, student lodgings and 62 affordable homes for its people, but they also need a $30 million Government grant to make the whole project viable. Jawun Indigenous Corporate Partnerships director Brad Cooke said, “It is the single most significant piece of work that should happen in Aboriginal Australia.” Others disagree.

The Block has not been protected from soaring rates and cost of living pressures, the AHC should have lobbied for this. The premium real estate prices and the cost of living hikes surrounding the precinct further marginalised residents. The majority of residents from The Block were pushed out in the late 1990s and the last one in 2011. Home ownership is not affordable for most of the Australian population but even less affordable for First Peoples, whose home ownership rate is half the rate of the national average. The once thousands of Aboriginal residents that helped make up Redfern are now fewer than 300.

Redfern is being packaged for gentrification and for the corporate quid but it is also being heavied into high density living for those keen to live in the inner city – the skyscrapers surround The Block.

The Block can still be lobbied for from the Redfern Aboriginal Tent Embassy – it should be home to the many, not the few. But they are going to have to work fast, and will need to be supported by a stream of supporters, as the real estate that is The Block is much sought after by profiteers.

Mr Mundine asks, “Why can’t we be part of the multi-million-dollar neighbourhood?”

“All we want is respect and to be part of the community.”

Low-income residents around The Block tell me that “we will be moved, lose the support of each other, lose the proximity to services like the Aboriginal Medical Service if we are moved on.”

“Jenny Munro and the Embassy have our support because Mick Mundine and the Company will not support us and they haven’t for a very long time.”

“They razed homes from beneath our feet and then sold off other homes they claimed were not viable to hold on to, but which are now renting out for more than $1100 a week.”

Please join us at the Redfern Aboriginal Tent Embassy and The Block, Saturday 14th June 2014.