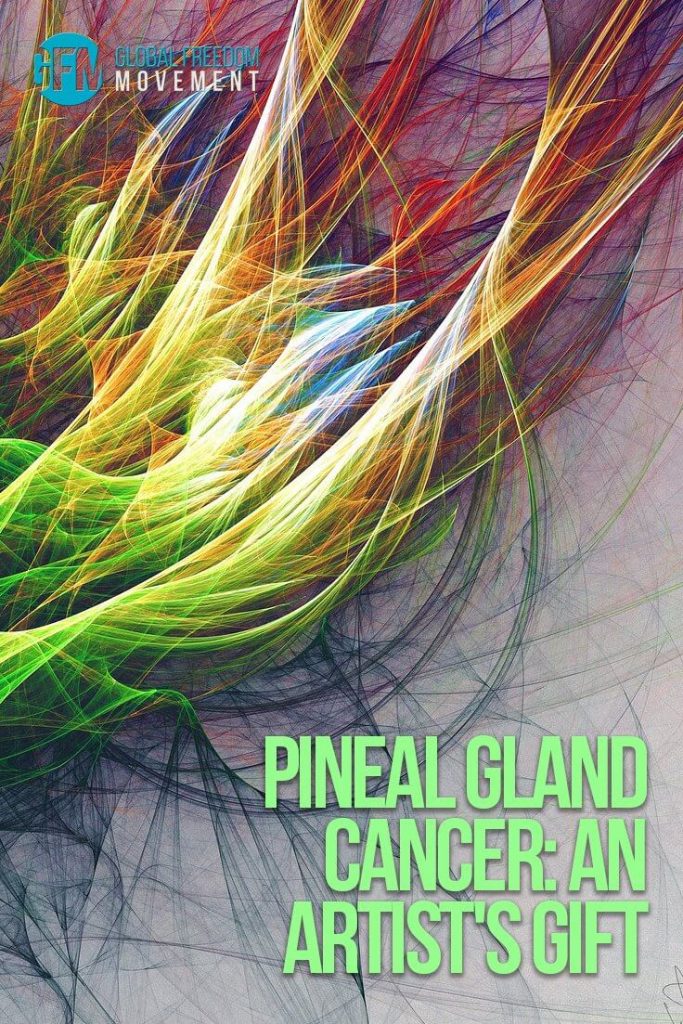 A fascinating look at Shawn Thornton’s brush with pineal gland cancer, which unbeknownst to him, fuelled his burning desire to paint amazingly complex mythological and psychedelic scenes in his studio, due to possible endogenous release of DMT from extra pressure on his pineal gland.

The Strange Story Of An Artist With Pineal Cancer

A version of this article was originally posted here at The Nexian, 23rd August, 2014.

During his time at art school, Shawn Thornton unknowingly developed pineal gland cancer. Curiously, as his condition progressed his art transformed into ever more complex and finely polished scenes that many find reminiscent to DMT experiences, often alluding to the mythology, symbolism, or biology surrounding the pineal gland. Here we take a quick look at his fascinating story and art.

I suffered from a slow growing cancer in my pineal gland while I attended art school and during subsequent years while my paintings developed with an underlined mythology that alluded directly to the pineal years before I even know of its existence.

I think I’d work myself into a frenzy for a while and yes, when I would fall lie down in bed I’d have something like a manic episode that was very lucid and visionary. That still applies to this day, but I try to control it better so I don’t get sick again.

I’ve had a lot of truly mystical and otherworldly experiences as a result of my history and battle with brain cancer and I’m really drawn to things that resonate with a certain powerful energy, and I’m always honing in on that more and more. whether consciously or subconsciously.

I treat depression with mushrooms. Haven’t done DMT ‘intentionally’. Man made chemicals are a thing of the past for me, as I’m really sensitive.

Painting, for me, is largely an attempt to decrypt the mechanisms of illness through a disciplined medium. I feel, on some deep internal level, that through my painting practice I’m engaged in a psychic process to illuminate the intricate vessels and cogs of an insidious physic current that stems, in part, from having had a serious illness, and all the subtle and profound ways I was altered by this experience.

All throughout my early adulthood, I struggled from the mental and physical effects of a slow growing tumor in my brain, the symptoms of which were repeatedly misdiagnosed by my doctors as purely psychological in origin, and it ultimately took over half a decade to get a proper diagnosis and treatment to shrink the tumor. I suffered immeasurably during this period from having repeatedly undergone a host of treatments meant to treat the symptoms of mental illness, and paradoxically, from a mental illness that ultimately could not be contained. The tumor was in the very center of my brain, in a small, mysterious organ at the top of the spinal column, the pineal gland. I didn’t have any prior reason to consider the actual material existence of the pineal before this.

As for its spiritually ominous and physically precarious location at epicenter of my being, my ability to conceptualize these facts seemed utterly unreal, ethereal, like nothing short of a sordid space exploration, as it had been making its presence known to me for so long and now there were surgeons probing into my head – into my consciousness. As I further researched my illness directly after being released from the hospital, and after having had undergone emergency brain surgery a few days earlier, I quickly became very quizzical by what I was finding. What had been developing in my art, half unconsciously, over the previous several years in which I had been very ill and labored to keep painting, all of a sudden became very clear. Elements in the paintings seemed to correlate directly to the pineal gland and to many of its mystical and biological functions that have puzzled humankind for centuries.

All throughout the history of human sciences, religions, and philosophies, of different civilizations and cultures all over the world, people have contemplated and researched the pineal because of its mysterious location at the center of our brain. For me, most notable, was its purposed role in the production of endogenous DMT in humans, and its proximity in our brains to the Ajna chakra, or third eye. I also found it intriguing that the pineal gland regulates biorhythms in humans through the production of the hormone melatonin. This brought to mind images of medical charts; of archetypal schematics and universal symbols. 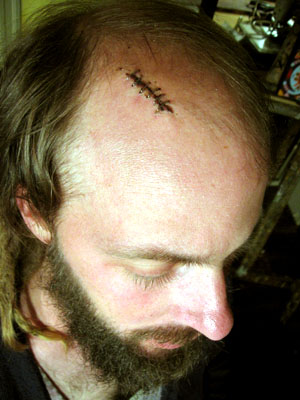 Shawn is currently running a fundraising campaign on Kickstarter after being accepted into a five week artist residency program this autumn at Ox-Bow School of Art in the USA. His unorthodox approach means he spends an incredibly long time on his paintings, partly because everything is done by hand in oil paint, without using any rulers or measuring devices. Shawn estimates he’d spend a thousand or more hours on a single, solitary piece.

The main challenge Shawn is faced with is that he’s had ongoing health problems as a result of surgery and treatments he had on his brain several years ago to remove pineal gland cancer – which has also been referred to, or thought of as the Third Eye, the Seat of the Soul, Ajna Chakra – https://en.wikipedia.org/wiki/Pineal_gland – and from experiencing a prolonged period of misdiagnosis, during which time he was constantly battling a host of frightening and painful effects the tumor growth – and subsequently, the misguided treatments – were having on physical and mental well-being.

You can view more of Shawn Thornton’s work up close by clicking here.

For more about DMT, check out out interview with Rick Strassman here. 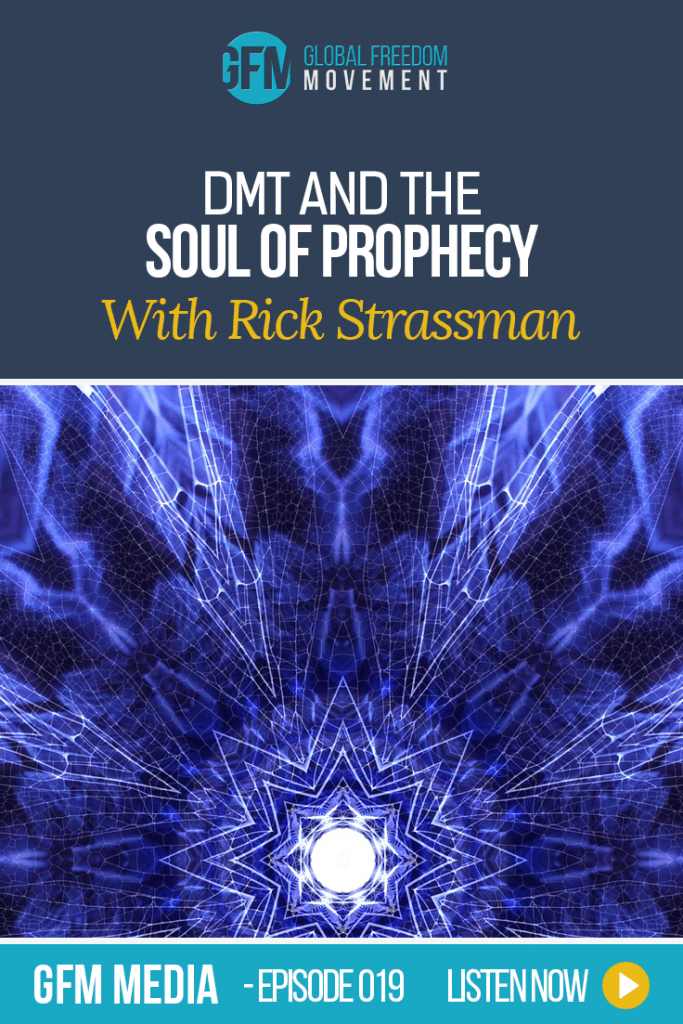