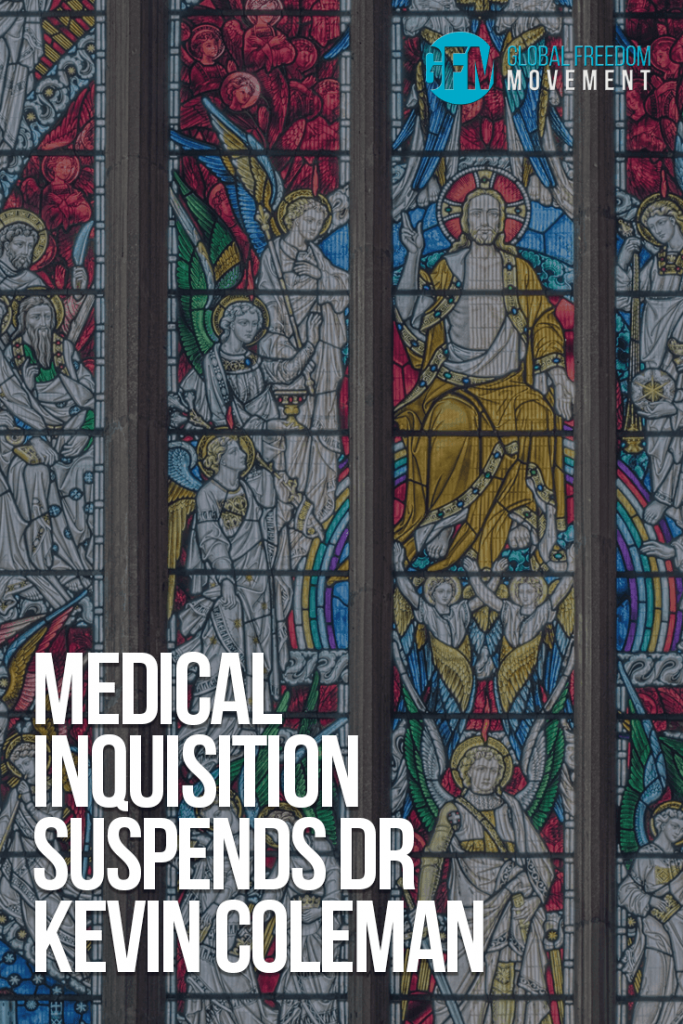 How the Medical Inquisition Claims its Victims Exposed

This week Australia’s grotesque witch hunt against “anti-vax” doctors claimed another innocent scalp, that of Dr Kevin Coleman. The news was broken by Kevin’s wife Flavia in social media (Facebook), and is confirmed on the AHPRA register of practitioners (see below). 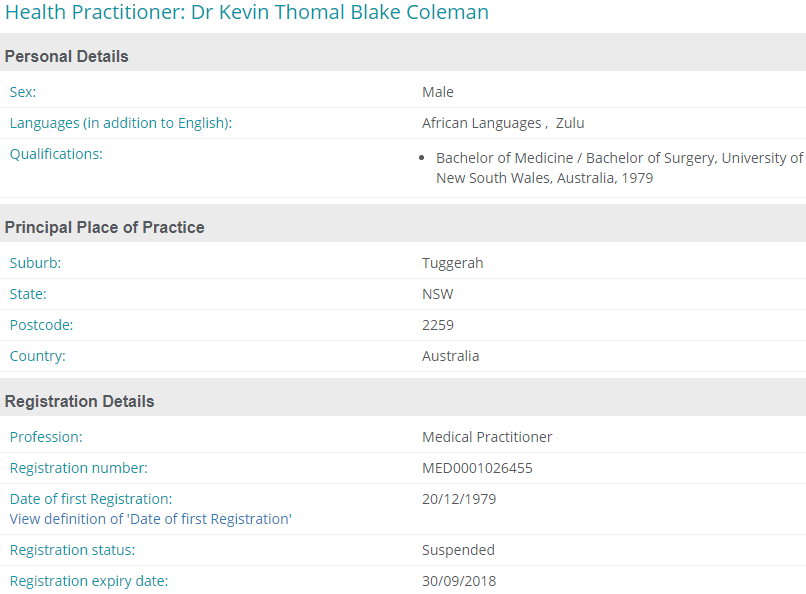 This article explains how the Church of Modern Medicine persecutes heretics and unbelievers from professional ranks (Coleman, Piesse, Floreani, etc.) in an effort to discredit and/or silence them. The modern permutation of the Middle Ages’ Inquisition is most obviously evident in mainstream allopathic medicine, generally speaking, and its most cherished sacrament and/or ritual is – you guessed it – vaccination.

The great psychiatrist Dr Thomas Szaz’ thesis was that institutional psychiatry (as opposed to private, voluntary [contractual] psychiatry) was the organization/entity that most embodied and paralleled the original Inquisition, and he showed that structurally they are essentially identical.

Their purpose: persecution of minorities and non-conformists.

My own thesis is that since Szaz wrote his seminal book The Manufacture of Madness (1970) exposing the violence that institutional psychiatry imposes on society under the guise of “medical care” and “protecting the public,” the general corpus of modern medicine has increasingly followed suit.

It has become a corrupt, persecutory behemoth fuelled by the bottomless pockets of Big pHarma (an industry which has proven categorically that it does not give a damn how many lives it destroys in its pursuit of profit). 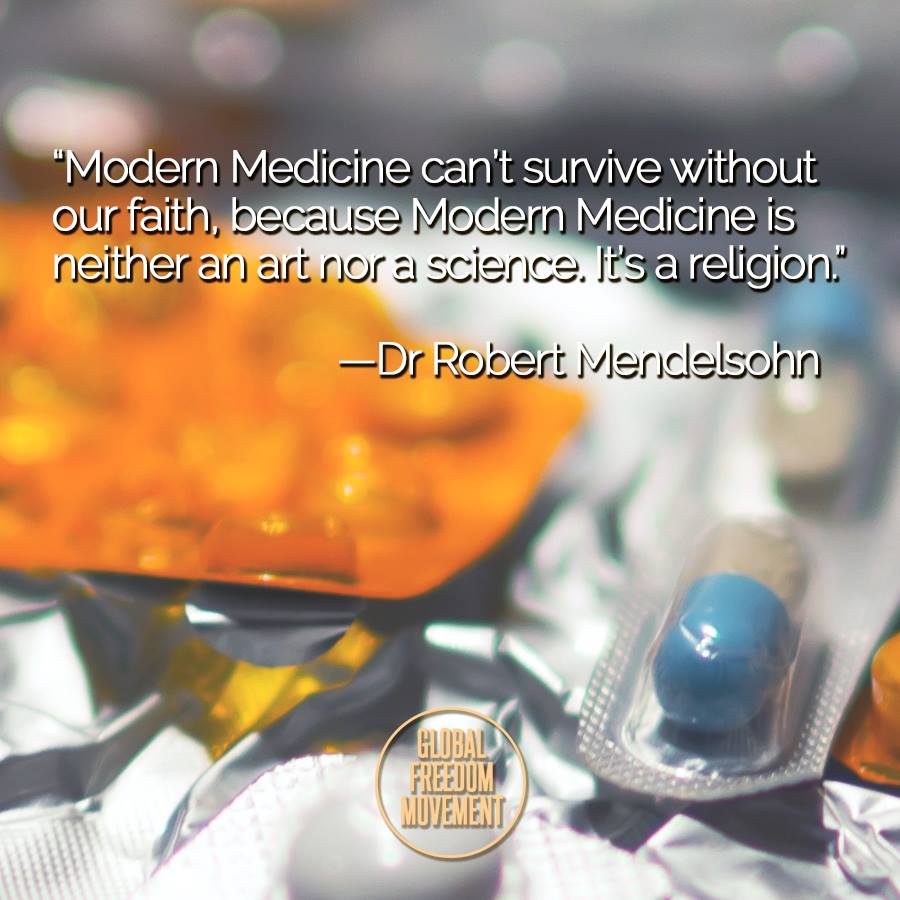 The Inquisition never left us, it merely changed form: the protagonists changed outfits, the props got upgraded, the lexicon became medicalised, and the targets transformed from “witches” and “devil worshippers” (religious heretics) into the “mentally ill” and “anti-vaxxers” (secular heretics/non-conformists).

The endgame remains the same: the offenders must be destroyed – “for their own good, as well as the public’s,” of course – for, the motives of the pious persecutors are pure and good (what else could they be when a multi-billion dollar industry is at stake?).

The most recent scalp claimed by the secular extremists running the Modern Inquisition is that of Dr Kevin Coleman, who was suspended from medical practice no later than October 5th. More on that in a moment.

Where the Inquisitors used to do “God’s work” in “saving” the wretched souls of witches and heretics, rescuing them from eternal damnation (by kindly burning them alive), they now work for “herd immunity” and the “greater good,” forcing strict medical (and cognitive) conformity in order to “protect us from ourselves.”

We would be but blind and lost sheep without their wise shepherding, to be sure.

Whereas Inquisitors previously burned heretics at the stake (after having brutally tortured their bodies to elicit “confessions”), now they torch their character and burn their credentials; doctors’ medical licenses are revoked if they break the faith, their reputation napalmed, and their ability to make a living in the profession they worked so hard to get into is rendered into ashes.

The Church is supreme. The clergy alone knows almighty God’s will. It is merely the well-intentioned messenger tasked with the unenviable role of making sure His will is known to us and carried out (whether we like it or not). 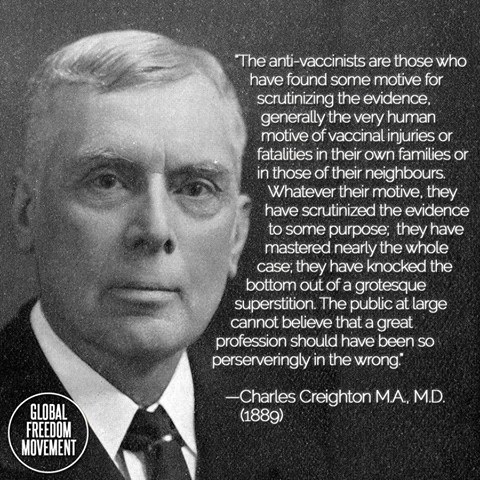 In the case of Dr. Kevin Coleman, “God’s” will is clear: thou art to believe unquestioningly in the benevolence of the holy jab – or perish in the expiating fire of ignominy.

Coleman’s sin: believing that parents should have a choice as to whether or not they vaccinate their children; that no one should have it forced upon them.

Of course, this is perceived by today’s secular medical religionists as being every bit as heretical as “witchcraft” was to the original Inquisition. It’s unacceptable that one would risk their child’s soul (“immunity”) by rejecting the mark of holiness on the shoulder lovingly bestowed by a qualified allopathic medical priest (who has received precisely zero real education on vaccines during medical school), or reverting to natural (pagan) remedies and strategies for safely enhancing the immune system.

The original Inquisition held herbalists and wise women to be particularly reprehensible and in need of the most severe salvational intervention; it was peculiarly paranoid about the natural world and its medicine. Modern Medicine vigorously keeps that legacy alive today by trying to discredit herbs, vitamins, minerals, and all forms of so-called “alternative” therapy – using any means necessary, no matter how grubby or deceptive.

It’s worth noting that the Church of Modern Medicine is particularly brutal towards its own clerics (doctors) who stray from canonical law. This angers the hierarchy more than anything it seems. (But it’s a caring, loving anger, of course, completely selfless and pure.)

There is nothing worse than a card-carrying member of the authority structure entertaining – let alone voicing – unapproved thoughts and ideas, after all. And that brings us back to Dr Kevin Coleman.

Above: a sterling example of the various logical contortions performed by pro-vax religionists

Sometimes, the Church of Modern Medicine gets “help” from those of the peasantry who are true believers. From time to time, the Church is tipped off by a “concerned citizen” (secular extremist/rabid pro-vaxxer) who is, like his/her paternalistic master, shocked and horrified when they catch a whiff of vaccine heresy or unbelief. (Those filthy pagans need saving from themselves by any means necessary – it’s just the right thing to do.) 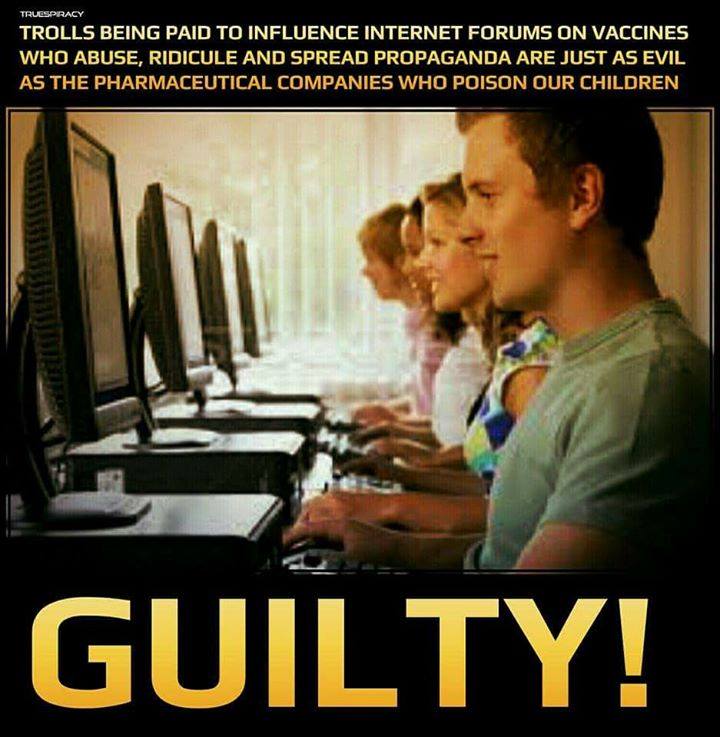 Just as during the witch hunts of the Dark Ages, the authorities recruited members of the laity (witch prickers) to do their dirty work of “diagnosing” (persecuting) “witches” alongside the clerics, the Modern Inquisition works hand in glove with dedicated pro-vaxx trolls (modern secular extremists) who spend their days identifying and persecuting vaccine heretics – for the “greater good,” of course.

Anonymous reporting of doctors is invaluable in the fight against modern heresy. In fact, anyone can report any doctor at any time for just about any reason – even if they have never met them or been to their clinic!

This wouldn’t lend itself to ideologically-driven persecution at all, surely!

How to Persecute Vaccine Heretics in the Medical Profession

Here’s how it works.

In recent weeks, chiropractor Dr Simon Floreani (hosted a screening of VAXXED at his practice) and GP Dr Kevin Coleman (pro-choice, anti-mandatory vax), and Dr John Piesse (provided valid medical exemptions to vulnerable children), have been rendered as scapegoats by the Medical Inquisition, having their licenses suspended and their reputations tarnished in the god-awful mudsling media. Their lives are forever altered.

As the body count adds up, one cannot help but see the Inquisition sowing the seeds of its own demise. There may even be scope for both private prosecutions of offending “journalists,” as well as class actions initiated by the victims of the Modern Inquisition. What might happen if these medical heretics put their heads together and took a stand as one? (I suspect the time is nigh.)

The Inquisition does not seem to realise that by its own forked tongue and sadistic actions it is galvanizing the community and fomenting the rebellion that will ultimately be its undoing. 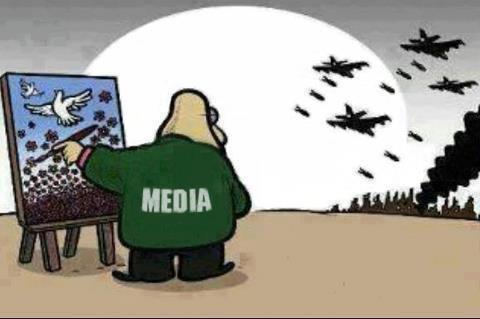