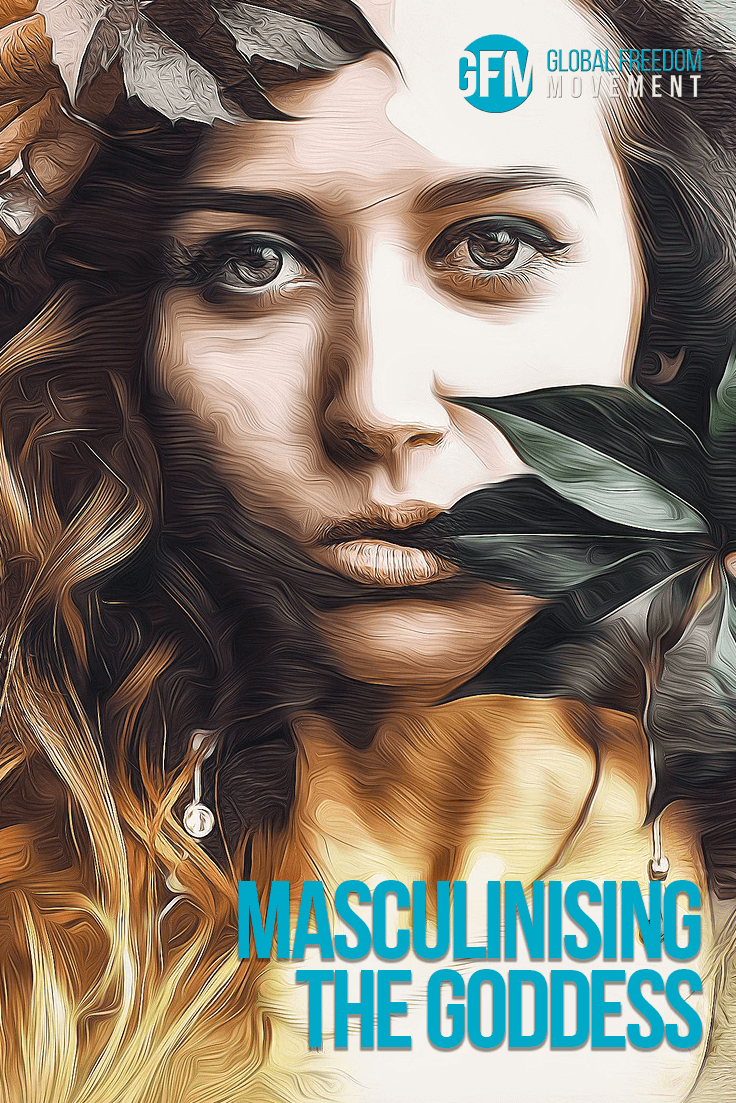 It is rare to find women willing to call out the modern feminist movement for what it is, but there is an increasing number of women doing it. We’re glad.

Third wave feminism is a disease spreading like a plague. It’s agenda is being taught to impressionable young females in Western countries, and it promotes violent, divisive ways which do not unite the sexes. Mark Passio describes third wave feminism (or neofeminism), as the Unholy Feminine, an act of war. We agree.

The anchor to Earth, the ocean of tears, the holding of space. The loving of men, the healing of rifts, the care of the young.

This is the feminine.

This archetype—so nurturing and giving, so soft, so knowing, so welcoming, has been our ally, and is the birthplace of all. Our grandmothers once celebrated their role as homemakers, childbearers, and wisdom-keepers, yet here we are, a collective of women, failing to connect with and understand the true power that lies in the embodiment of this archetype.

Instead, we embody and glorify the masculine—whilst at the same time decrying its oppression of us. It is now politically incorrect to speak of traditional gender roles, roles that have served us immeasurably. Instead, it’s increasingly edgy to speak of “gender fluidity”, a recent invention which serves to have us question our biological sex in favour of choosing from a rainbow of letters. It’s now also celebrated to hate men. 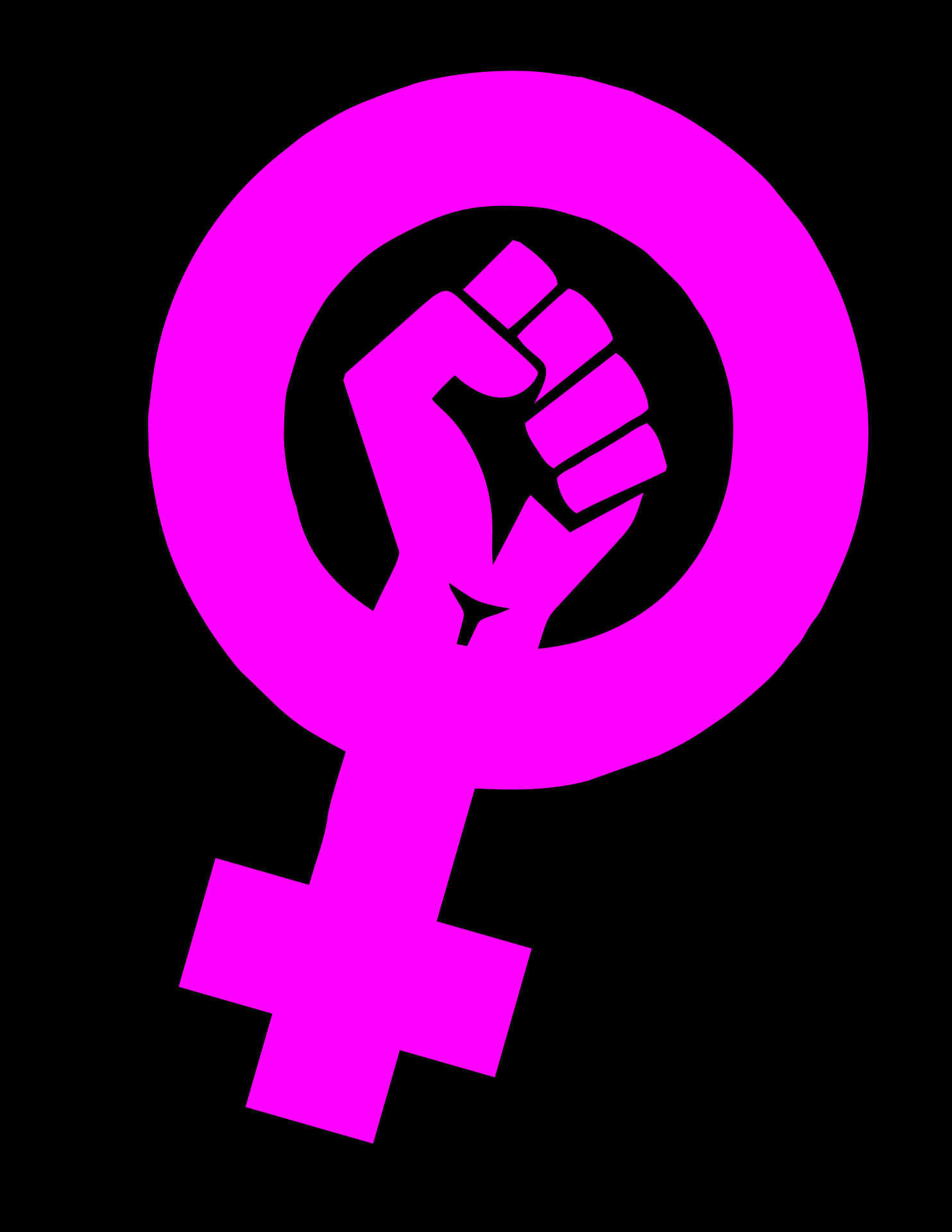 The rise of the modern feminist (also known as a neofeminist or third wave feminist) is disturbing in so many ways, not least of which is that it promotes a gender war, tries to equate genders in all aspects, and celebrates the destruction of the family unit whilst crying foul for rights and missed opportunities. It promotes the under-mothering of children—with reliance on the State and the television—building upon our already disturbing understanding of the high societal cost of under-fathering. It ignores inconvenient truths which acknowledge that men are also oppressed in many ways, sometimes directly because of neofeminist campaigns. But most disturbingly, it strives for the masculinisation of women.

This one nailed it: 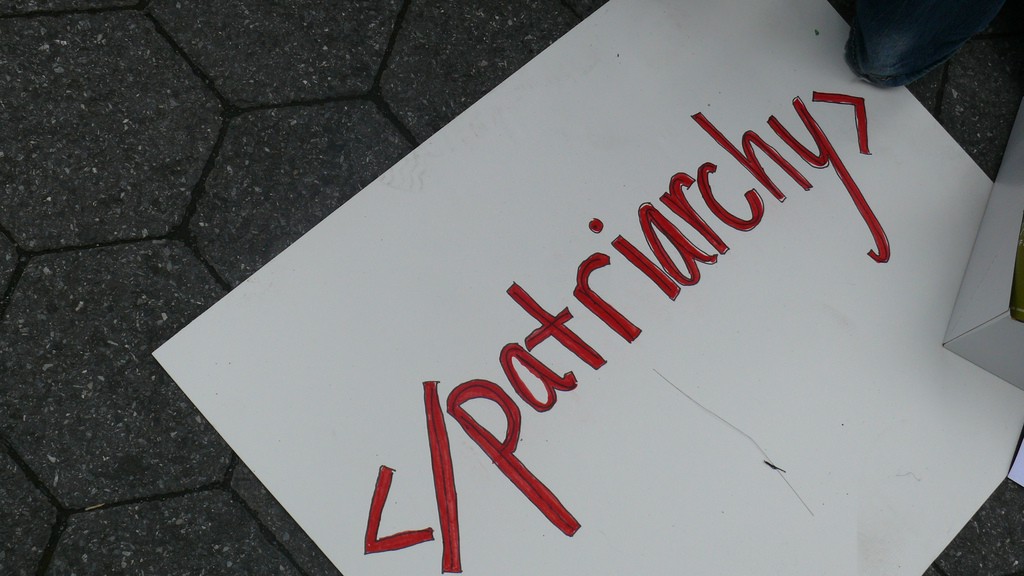 You’ve likely heard all the feminist buzzwords: patriarchy, rape culture, microaggression, intersectionality, misogyny, mansplaining, man-boys, and social justice. You may have been unfortunate to receive a neofeminist’s wrath, where everything you say is offensive, and reasoning is not up for discussion. No deviation from the narrative will be entertained, nor will criticism, other perspectives, or those who disagree.

Sadly, the neofeminist does not realise her membership is to a cult. Her dogmatic beliefs are part of a system of control which holds back the progression of consciousness and “equality”. Her devotion to these beliefs is especially dangerous to those that are not members of the neofeminist movement, hindering their lives, freedoms, and rights. She will make mention of the oppressive nature of the Patriarchy whilst concurrently lobbying the State (aka Patriarchy) for her rights. Should not every feminist be anarchist by default? Men are bad, women are good—the us versus them mentality ensures no reason can be spoken, nor can change be made. Sameness in speech, behaviour, and character ensures no individual thoughtforms can enter the movement. All the while, the neofeminist fails to see that feminism isn’t feminine.

Her readiness to don the warrior’s armour, pick up a sword, and rush into battle to slay men, is the antithesis of the feminine archetype. These are male archetypal roles and symbols, which are used in war. 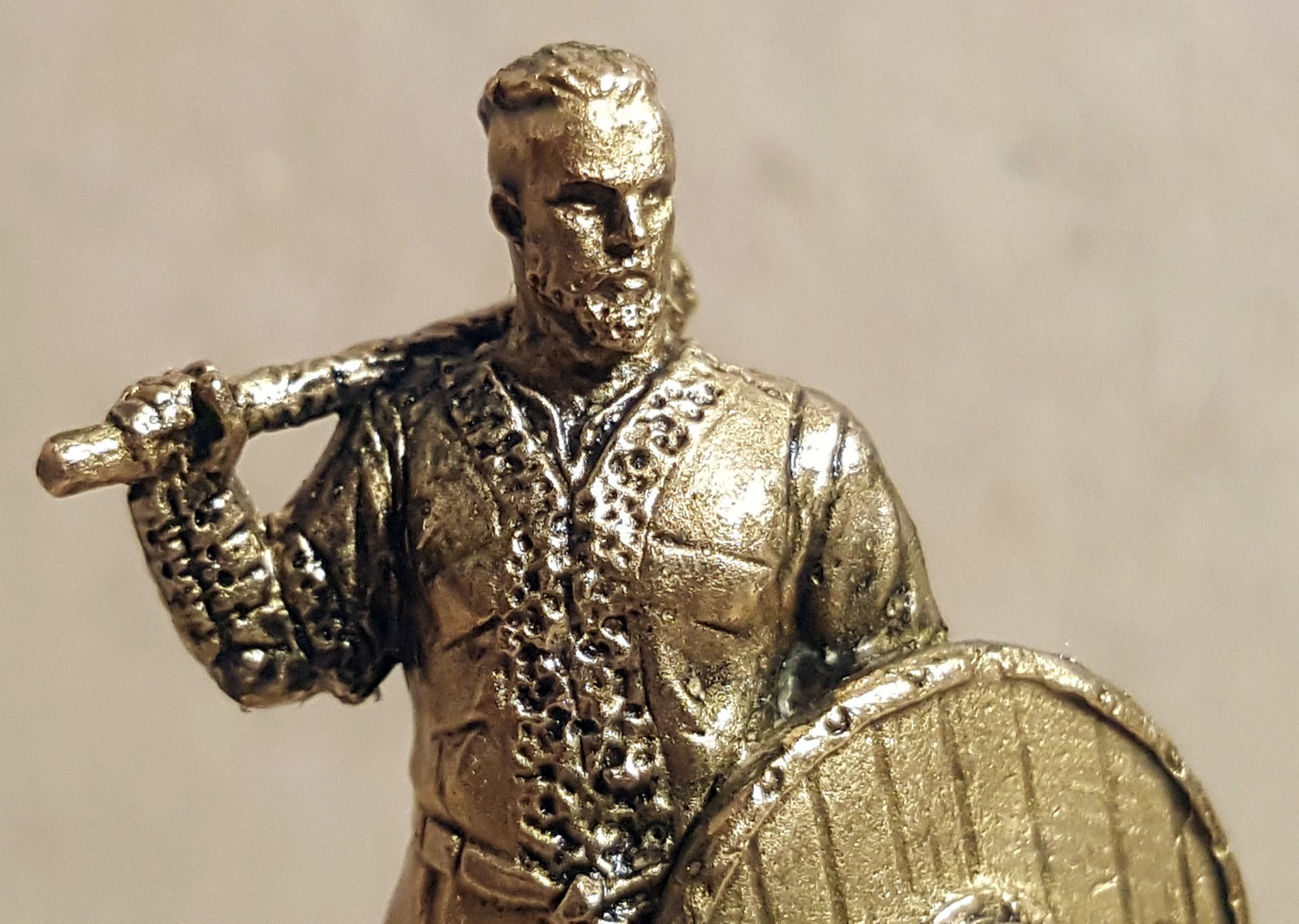 When these women engage in discussing controversial and divisive topics where someone is consistently declaring how “offended” they are, they create a war-like atmosphere in conflict with the essence of the feminine. When told this, they will declare that they have no duty to be feminine. The neofeminist does not subscribe to archetypes, roles, or cultural designations because she has been socially engineered to question every aspect of her own identity and rebel against the normative. It is a sinister way of shifting societal norms towards a place where everything that was once “normal” is now redefined—where historical narratives are blurred and can be invented. Or, as The Protocols of the Learner Elders of Zion instruct, “we shall erase from the memory of men all facts of previous centuries which are undesirable to us…”

The subversion of cultural institutions has meant “almost the entire theoretical basis of all the politically correct aesthetic trends…now plague our universities.” All “experts” have been fed the same propaganda, and spew it forth to students, who then spread it to the world as fact. Henry Makow says, “As far as the humanities are concerned, universities are enemy territory and professors usually are obstacles to genuine learning.”

Thus, we are left with university-educated, mind-controlled women with certificates which deem them experts in “women’s studies”, “gender studies”, or the like. They cannot see that celebrating the “bad-ass” aggression of their sister, a term once used to describe the “epitome of the American male”; or when shaming a man for his refusal to squash his male anatomy whilst sitting on a train could be harmful for women and society in general. 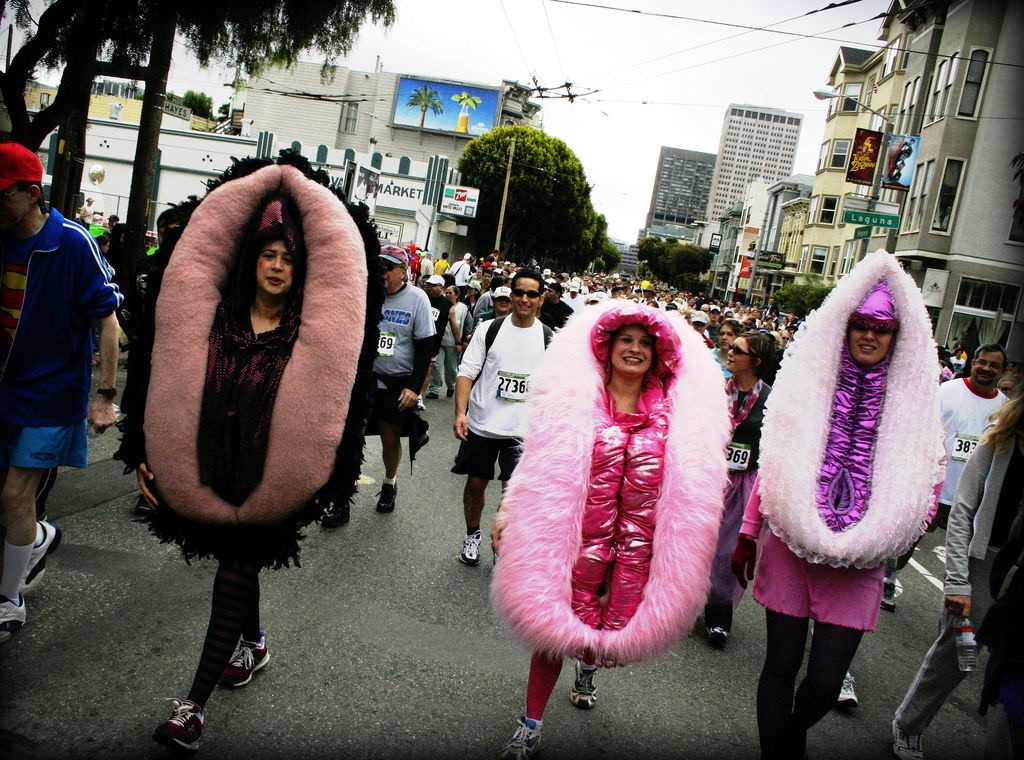 A neofeminist focusses on a life centred on self rather than others and the promotion of a male value system/archetype. Neofeminism stands against a value system that supports the feminine and the female, and thus community itself, since no real community can be born in a war zone. The underlying message is that to be equal to a man a woman must become like a man.

In doing so, neofeminists deny themselves the most bountiful source of transformation available to them and the world. Not only that, they rob men of the opportunity to connect with the true feminine. Furthermore, they project the blame upon everyone else. Within the world of feminism, women will blame everyone—before taking responsibiity for themselves.

The feminine is not simply about fulfilling traditional gender roles, it’s about embodying our true nature. This means exemplifying intuitive flow over reason, being over doing, feeling over thinking. It’s also about polarity.

Yes we must embody parts of the masculine, but we must not be tricked into thinking our power comes from being masculine. The opposite is true. What feminists fail to recognise is there is nothing more powerful than the true feminine. The feminine is power. She is strength, humility, care, and creation. She has an innate capability to influence men, women and children for better or worse.

An embodied woman doesn’t play the control game, nor invest in victimhood as a political tool. The goddess understands that she is one half of the human equation and honours the male polarity that is her complement. She leads by example and knows just by being that she is enough. From out of her womb comes life itself. The goddess might ask the feminist: where is the sense in rebelling and warring against 50% of what emerges from our loins?

Why have we disowned ourselves? 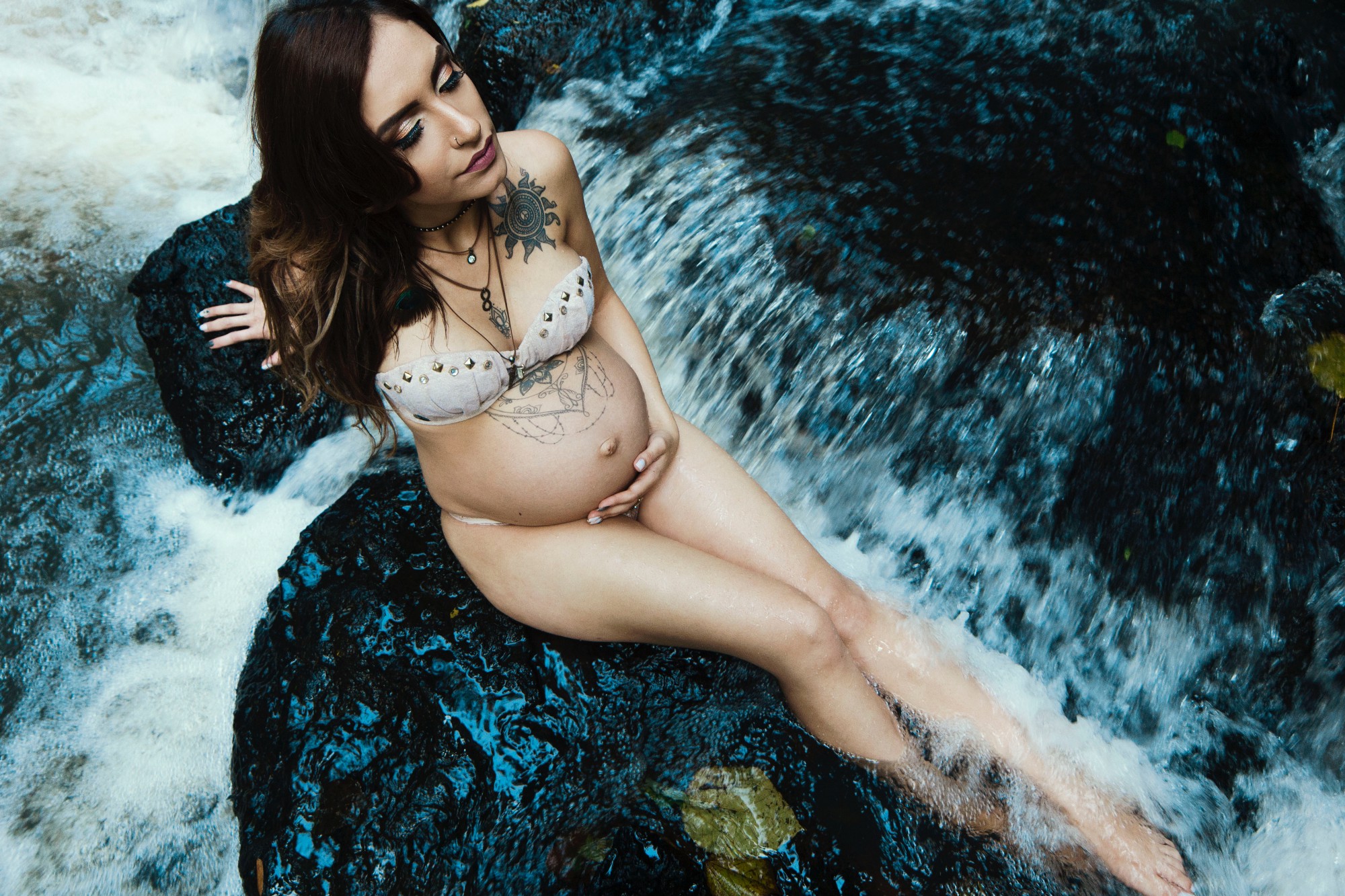