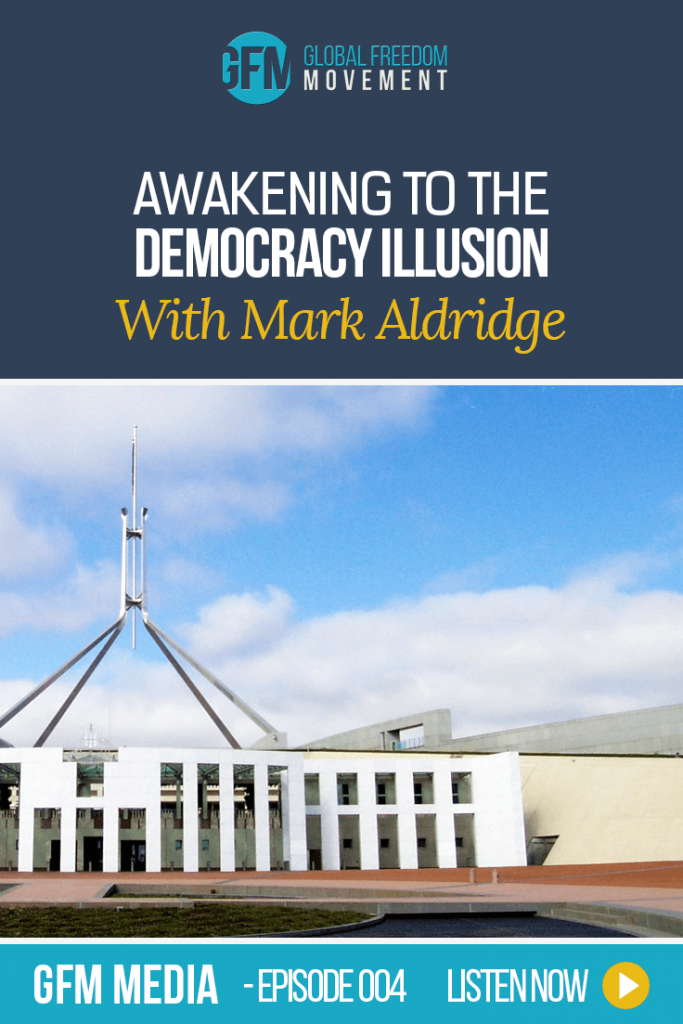 This week, Australian ex-politician Mark Aldridge joins Brendan D. Murphy and Aimee Devlin on Global Freedom Movement Radio to share some fascinating and tasty morsels from his years of experience as an independent politician striving to get into parliament to do something truly novel: actually represent the will of the people!

Join your GFM Radio hosts as we explore the travails and terrors of this noble quest which ended in Mark’s recent resignation from the game of Australian “poly-tricks”, as the corruption and skulduggery on the parts of the major parties (and local police!) became too much. Mark has a wealth of information to offer on diverse subjects and facilitate the peoples awakening to the democracy illusion; and, among other things, is an extremely vocal animal rights campaigner and independent watchdog of agencies like the RSPCA who the public puts its trust in to look after the interests and welfare of animals. Is this trust at least partially misplaced?

Mark Aldridge also has insider contacts and detailed knowledge of how and why we are being scammed on the issue of “Global Warming”, and invites us to consider that all is not as it seems in the political landscape both nationally and globally. When he isn’t busy having his computer/s and personal data being unlawfully raided and confiscated by the police,

Mark is a quick thinker and an even faster talker – with the stamina to match – so strap in and be prepared for an entertaining and, at times, shocking, info fest with implications for all of us on the third globe from the sun.

Thanks for listening to Mark Aldridge: Awakening To The Democracy Illusion!