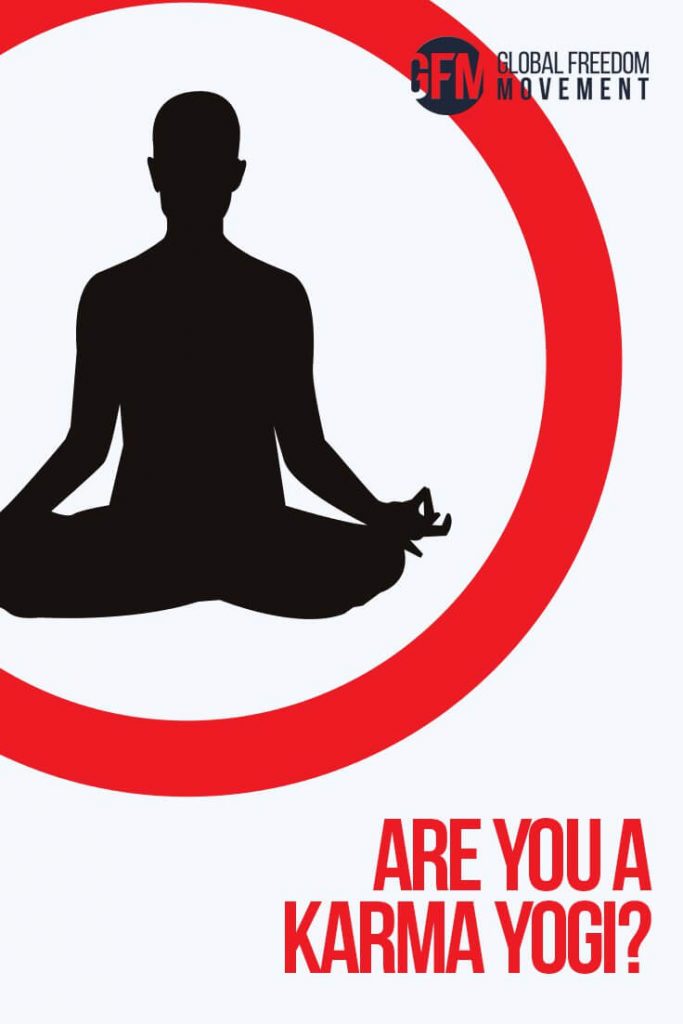 Are You a Karma Yogi?

As personalities, we were all “born” from the One timeless consciousness—the Eternal/Absolute/Brahman—and it is back to this awareness that we all wend our unique paths. There are as many paths back to Reality as there are people—and we all arrive in the end. The yogi philosophy teaches that the best way to accelerate one’s personal spiritual evolution and thus, the journey home, is through the practise of yoga. There are considered to be three primary sub-categories of yoga: Raja yoga, Gnani yoga, and Karma yoga. We’re going to focus on Karma yoga here, because in a fast-paced and materialistic world where many people feel burdened by a sense of powerlessness, misfortune, heavy responsibility, and/or dreary obligations, the option of sitting, meditating and living like a yogi may seem neither practical nor appealing.

You may therefore find it reassuring to consider that you may have been practising Karma yoga without realising it. The term “Karma” comes from the Sanskrit word “Kri” meaning “to do” or “to act.” Thus, Karma yoga is the yoga of work or action, ideal for the more task-oriented and perhaps less philosophically inclined individual. One need not be an impressive intellect, a sage, a natural philosopher, or in any way mystically or religiously inclined in order to walk the path of Karma yoga. Indeed, proclivities towards those other areas suggest the paths of Gnani, Raja, or Bhakti yoga instead (though they are all complimentary).

How do you know if you have been operating as something of a Karma yogi? Easy. A Karma yogi works for the sake of doing the work. They participate in an act not for the promise of a gratifying end result—glory, a dizzying high, an ego boost, or some kind of material gain—but because they enjoy the act in itself and embrace their duty to do it well. The work is its own reward, and thus is intrinsically satisfying. Performed to the utmost of their ability, their task benefits all whom it touches, even if it only connects with others indirectly and impersonally. This is the mentality of the Karma yogi, though truth be told he is operating in accordance with some fundamental truths that are still poorly known in “civilized Western society.” Those truths are key to being an “everyday Karma yogi.” They include the facts that:

Yogi Ramacharaka waxed eloquently on these ideas in his Advanced Course in Yogi Philosophy (1904) when he said:

A certain piece of work may seem…useless as a part of our own development, but that particular bit of work is…needed in some part of the great plan and we should perform our part willingly. Every move and position has a meaning, just as [in] a game of chess…And, so the true Karma Yogi allows himself to be moved by the Spirit without complaint, knowing that all will be well with him, and that the move is needed to effect certain combinations or changes in the great game of life being played by all men.

I know a woman who works in a high-stress environment as a cook in a busy local café’s kitchen. Her husband is on a very satisfactory five figure salary and she actually has no financial reasons to work, and yet she does…because she loves the work. The work is its own reward. She has even been known to log on later in the day than her shift actually starts (thus cutting her own wages back) in order that her less financially abundant co-workers (who need the work) can log more hours without upsetting their volatile and frugal boss who strives to keep the minimum staff on at all times in order to save money. This woman, in this sense, is acting as an unconscious Karma yogi. Unattached to the material rewards for her time and labour, she works for the enjoyment of the act itself, even self-sacrificing for the benefit of others as she goes. Although she does not know “The Secret of Work,” she applies it unwittingly. She practises non-attachment, apparently “non-awares”! 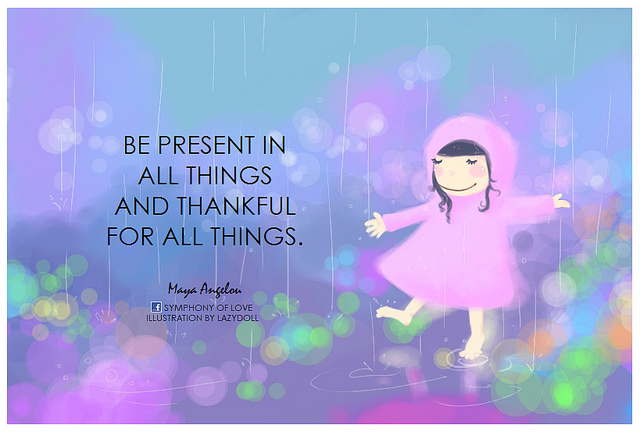 The theory of non-attachment teaches that, if followed diligently, this principle will cause one not to desist in the enjoyment of certain things, but to enjoy everything, knowing in their hearts that every task—even the most futile or tortuous—forms a crucial strand in the web of mankind’s overall development. The person practising non-attachment understands that happiness is not something reaching him from without as the effect of certain causes, but something that arises from within as part of his own nature, if he will but allow it. When you are attached to any one thing, person, or outcome, you make yourself a slave to it. On the other hand, the yogi who has mastered non-attachment has mastered himself and is free to turn any potentially displeasing or boring occurrence into a source of pleasure, since he knows that his peace and happiness is carried within himself and accompanies him into even the least pleasant of circumstances.

As the theosophical gem Light on the Path (1885) states, we must “Kill out ambition” and yet “Work as those work who are ambitious.” This is a slightly cryptic way of exhorting us to the non-attachment of the Karma yogi. Work, perform your duty, pour yourself into the dreariest of your obligations, for what better option have you once immersed in the moment? Far from being just a curse on mankind, work can distract and take us away from repetitive thoughts of self-pity, rescue us from idle fantasies, and it also affords an excellent opportunity to rise above our lower animal nature and the Instinctive Mind (one aspect or “layer” of our psyches). The way of spiritual progress is not in hiding away from the travails and trivialities of life in the world as it is. On the contrary, the furnace of modern life and its myriad challenges is the perfect place for us to forge the steel of our souls so we might better ourselves. As Ramacharaka said: “If thy Karma has set thee in the midst of action—act! It is thy only chance of working out of the conditions that fret and disturb thee.”

Peace, contentment and abiding happiness are within you right now. It is not what you do that will eventually bring you these things; no, these things are what you are. Freed of attachment, this is the truth that the Karma yogi lives out. 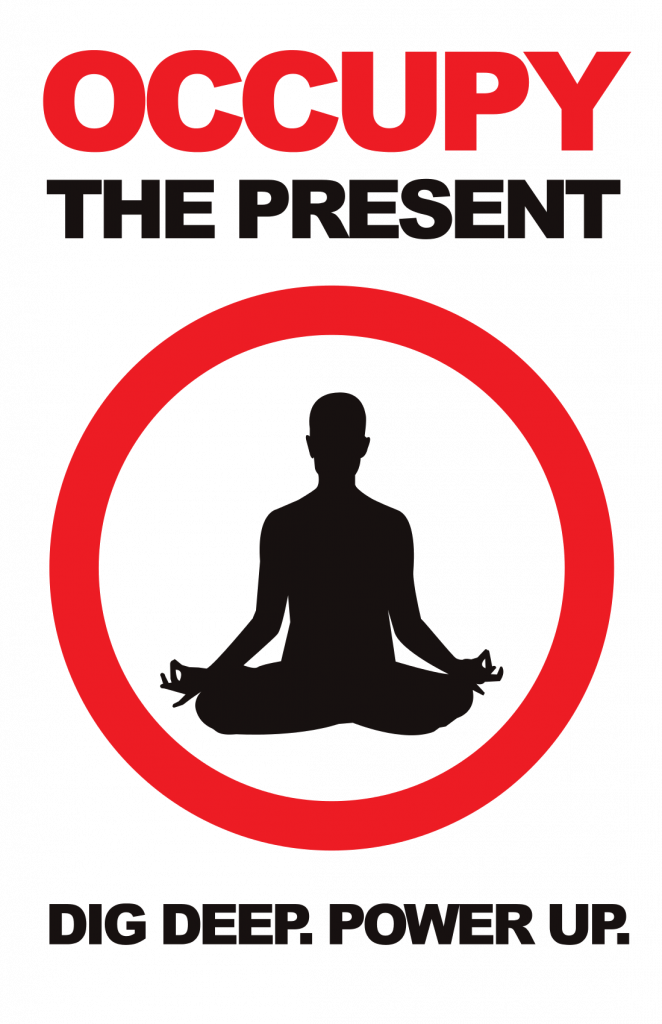