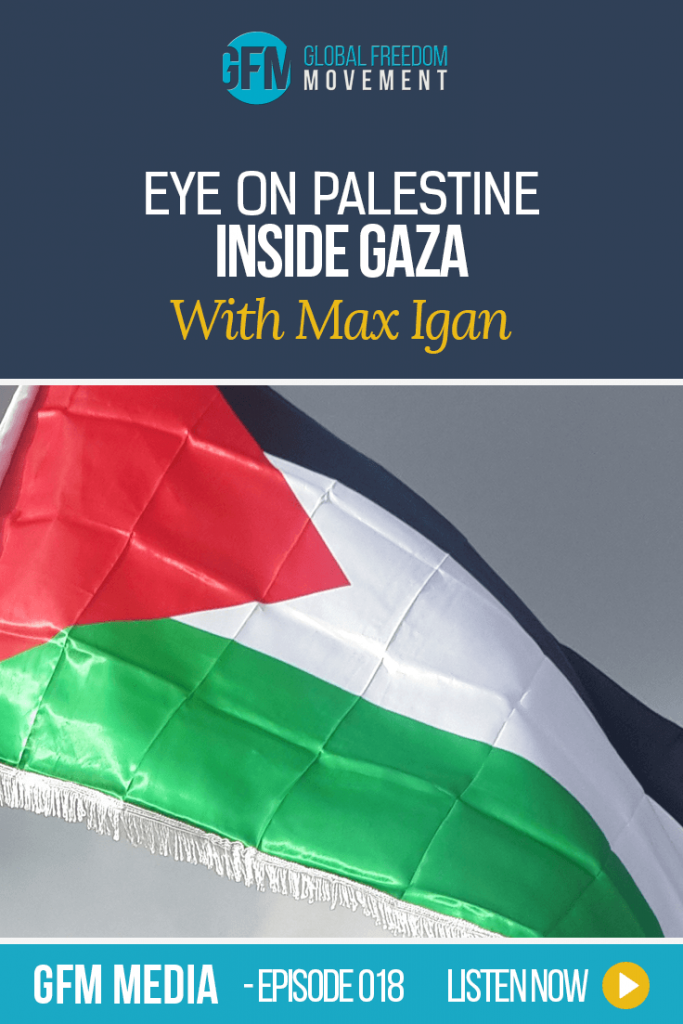 From New South Wales, Australia, popular independent researcher and writer Max Igan runs the website thecrowhouse.com, which covers a vast array of different topics close to his heart, from consciousness, to government corruption, and the mysteries of our ancient past. In this episode of GFM Radio we discuss Zionist terrorism in Gaza and the ongoing (and largely ignored) ethnic cleansing of Palestinians, under the flimsy guise of “Israeli self-defence.”

Max offers us a chance to connect to the people of Palestine and find out who they really are, as he shares about his recent visit to the Gaza Strip and the many kind Palestinians he met there—most of them children, many of them orphans. Max tells of his sneaky entry into the area alongside vocal American activist Ken O’Keefe using one of the many tunnels from the Egyptian side, where he also met border officers from Hamas—a most interesting tale to hear in the light of familiar Western media programming. We’ll also talk about the lies pushed by the Zionist-controlled mainstream media on this issue and the double standards of Israel’s policies. Max highlights previous atrocities in Palestine, such as the death of Rachel Corrie and the people murdered on the Gaza flotilla.

His personal experience in Gaza provides a much-needed antidote to the toxic Western media programming around issues of the Middle East in general. Having spent most of his adult life as a travelling musician, Max brings a unique combination of life experience, research, compassion, and activism, to the discussion on Palestine, Israel, and the Gaza Strip. Standing on a non-sectarian platform, Max takes the light of consciousness into places others fear to tread—and that is what makes this week’s episode of Global Freedom Movement Radio unmissable.

Join Brendan D. Murphy and Aimee Devlin as they are joined by one of Australia’s most popular non-mainstream thought leaders: the one and only Max Igan.

Thanks for listening to Eye on Palestine: Inside Gaza with Max Igan.