WATCH THE REPLAY OF THIS EPISODE HERE

This week on Global Freedom Movement Media – back by popular demand – we take a look at vaccine-induced autism in our Dr. Andrew Wakefield Interview. 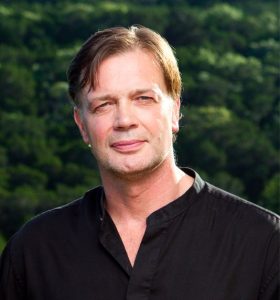 Dr. Andrew Wakefield is an academic gastroenterologist and perhaps the best known name in the realm of vaccine controversy (as well as being the most misused and abused name by the pro-vax establishment)

He received his medical degree from St. Mary’s Hospital Medical School (part of the University of London) in 1981, and pursued a career in gastrointestinal surgery with a particular interest in inflammatory bowel disease.

He qualified as Fellow of the Royal College of Surgeons in 1985 and in 1996 was awarded a Wellcome Trust Traveling Fellowship to study small-intestinal transplantation in Toronto, Canada.

He was made a Fellow of the Royal College of Pathologists in 2001 and has published over 140 original scientific articles, as well as two books on vaccine research, harm, corruption, and censorship.

In the scientific pursuit of possible links between childhood vaccines, intestinal inflammation, and neurologic injury in children, Dr. Andrew Wakefield magically became persona non grata and lost his job in the Department of Medicine at London’s Royal Free Hospital, as well as his country, his career, and his medical license.

All of this because his research made empirical links between gut disorders and vaccines—a heretical act no doubt, and intolerable to a multi-billion dollar industry that relies on the public’s blind trust and passive acquiescence.

Despite having his career wrongfully derailed and his name dragged through the mud by the paid liars within the medical fraternity and sellout mass-media ever since his initial research paper that sparked the furor, Wakefield has remained stalwart for the thousands of parents whose children have been harmed by the MMR and other vaccines.

Join us this Sunday night as we give Dr. Andrew Wakefield the floor to say the words prohibited and held as sacrilege by Big Pharma and the lapdog mainstream media.