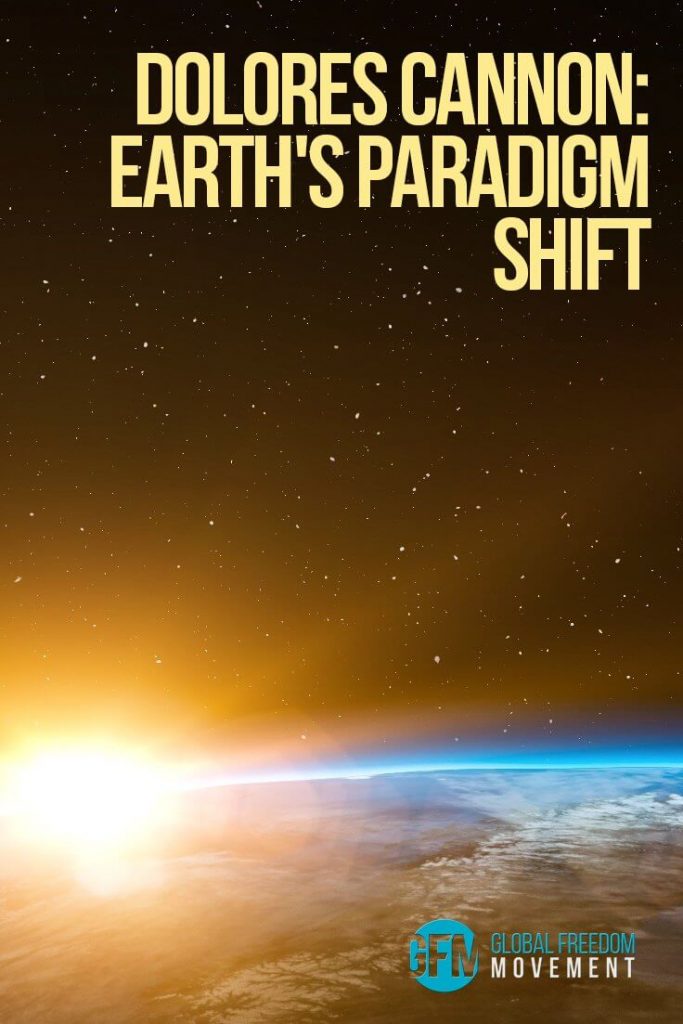 With unexpected news of the passing of Dolores Cannon into other realms this week, we share this beautiful excerpt offering insight into her perceptions of the Earth’s current paradigm shift. Drawing from her work with thousands of clients in past life regression and hypnotherapy sessions over the years, Dolores outlines where we’re heading and where our strengths lie in creating the beautiful world we all desire.

This article was initially posted on Collective Evolution here.

Dolores Cannon has a career spanning over 4 decades, during which she has worked with thousands of clients in regressive hypnotherapy sessions. With over 17 published books on the subject, Dolores Cannon can easily be considered one of the world’s most sought after professionals in the field. Popular subject matter touched upon in her numerous books include: past lives, extra-terrestrials, life on other planets, energy healing, famous historic figures such as Nostradamus and Jesus, abductions, and the list goes on. Each book has the tendency to “bend the reader’s mind like a pretzel,” Dolores explains.

One of her latest books, titled The Three Waves of Volunteers and The New Earth, is an ensemble of regressive hypnotherapy client sessions which narrates a ‘behind the scenes’ look at Earth’s current paradigm shift. During the sessions, Dolores Cannon hypnotizes her clients bringing them into the ‘super-conscious’ brainwave state, one of the deepest trances one can experience. Dolores elaborated on her technique in an interview with The Edge:

“I developed my own technique down through the years. It’s not like any other hypnosis technique out there. We are able to contact what I call the greatest force there is, and it’s a source of all knowledge. I found the way to have it come through every single person that I work with, and I’ve worked with thousands of people.”

The results of her technique are astounding to say the least. Through the years Dolores began to notice a correlation among her client sessions, one that bridges the journey of the souls incarnating on the planet at this time.

“When you see thousands and thousands of clients, as I do as a therapist and a counselor, you begin to see a common thread going through many of the cases. Earlier on, it used to be that everybody would go back to a past life and I’d find some of the answers there, and then I’d explore the source of all knowledge to answer all of their questions and do the healing. Just in the last five years or so, I began to see clients who weren’t all going into a past life on Earth. I began to find they had never been on Earth before and that they had come here directly from God, from the Source, from other planets, other dimensions, where they were light beings. That’s the common thread that I have been finding, and that’s where I came up with the theory of the three waves of volunteers.”

Dolores’s theory proposes that a series of souls are traveling from other planets and dimensions to assist Earth at this time. Many of these souls, which are of a higher vibration than the resident Earth souls, are incarnating on the planet for the first time. She affirms that the souls that have spent many lifetimes reincarnating on Earth are stuck in a karmic cycle, repeating the same patterns of mistakes and lessons which is ultimately leading to the destruction of the planet. Thus, there has been a calling for purer souls to come to Earth to cleanse and raise the planet’s vibration.

Throughout her clients’ journeys, Dolores discovered that Earth is one of the densest planets in the entire universe. A soul that incarnates here is considered brave because life on Earth is a very challenging experience to come into, especially for souls coming from higher realms and planets of a higher vibration. Nevertheless, all of her clients have the same answer when asked about their reason for coming to Earth, they simply “heard the call.” 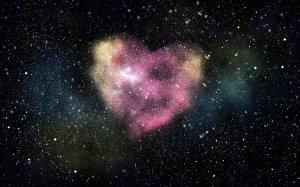 The Earth is going through a major transformation, one that Dolores’s clients state has never happened before.  For the first time, an entire planet is shifting it’s vibration into a new dimensional frequency. Many souls or groups of souls have experienced a shift like this in the past, (i.e., the Mayans) but never has an entire planet shifted at once. Therefore, Dolores explains, the entire Universe has front row seats to one of the grandest shows ever seen. However, help is needed, because man has polluted the planet with a vibration so dense that it threatens the survival of the planet as a whole. Dolores reveals that if the planet blows itself up, it will reverberate throughout the universe affecting and disturbing all beings. Therefore, the call for help was made, and the souls quickly jumped on the wagon to assist.

In The Three Waves of Volunteers and The New Earth, Dolores Cannon elaborates on the three different classes of souls incarnating on Earth:

Interestingly, through her many client sessions Dolores has also written extensively on the lost civilization of Atlantis. She discovered that, like Atlantis, there have been numerous civilizations that have been destroyed in the past.

“Each time when people got to the point when they were using energy in the wrong way and couldn’t control it, they had to be stopped. And every time, everything would be reset on this planet. The civilization would go back to the primitive stages and start all over again. That’s why they don’t want to have it happen this time. They don’t want to start over with the planet and begin life for humanity one more time.

During a hypnotherapy session, a woman went back to Atlantis and was telling me the prime reason for Atlantis being destroyed. I was told that there were scientists at the time of Atlantis. There were others who were fooling around with what they called Dark Matter. I was told that this is the same thing scientists are doing now when they are fooling around with what we call Anti-Matter. They said we have to know this, because the scientists are doing the same thing now. 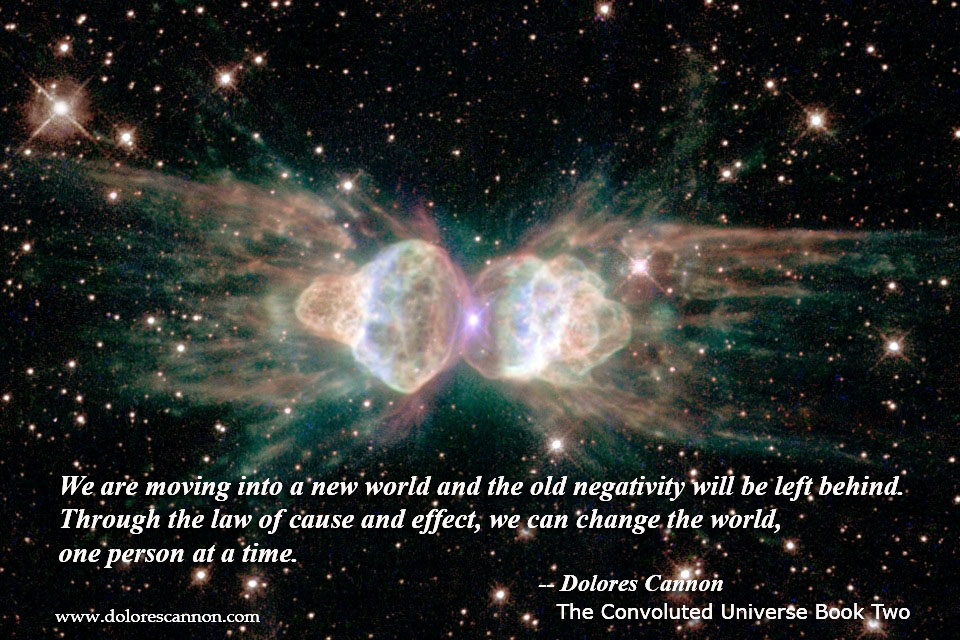 When asked about people’s criticism of her work, Dolores Cannon says she finds humor in people’s remarks stating she is a ‘great science fiction writer’.

“There’s no way on Earth I could make this stuff up. I have [17] books out there now, and all of it has come through the cases I have worked on with the average person just walking in off the street. I did not know these people until they came through the door of my office, from every walk of life you can imagine: CEOs of companies, professors of colleges, priests, shamans, and many ordinary people. I have not found anyone who has not had a past life. When I began writing The Convoluted Universe series, I wondered if anybody out there would be able to understand it, because I said that book is for people who want their minds bent like pretzels. People when they read it say, ‘I know this and I don’t know how I know it, but I know it and I know it’s true’.”

In the final segment of her interview with The Edge, Dolores was asked if there were any final thoughts she wanted to leave people with regarding the shift in consciousness.

“We are moving into a new frequency, a new dimension where it is going to be the New Earth, and it’s going to be extremely beautiful. They have described it in the books – the beautiful colors, that everything is total love.

We’re moving away from the negativity of the Old Earth, and it’s going to be a complete turnaround, beyond belief, and we’re all going there now. The New Earth is where it’s at. The Bible in the Book of Revelations talks about the New Heaven and the New Earth. That’s the same thing we’re having now. It’s just that St. John, when he had the vision on the Isle of Pathos, didn’t realize it was going to take another couple of thousand years before it was going to happen.

The most important thing is that we are living in the most important time in the history of the Universe, and it’s very important to be here now. There are thousands of souls who want to be here to experience this – even if they can just be here for a few hours. They say even if they’re born and die right away, they can say, “I was there when this occurred.” This is how important this is to the entire Universe. So, you’re living in a very wonderful time that will never be repeated again.”

For a fascinating read, check out Dolores’s book The Three Waves of Volunteers and The New Earth as well as her Convoluted Universe series… 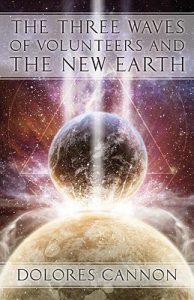 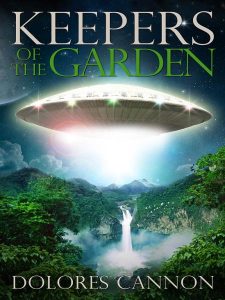 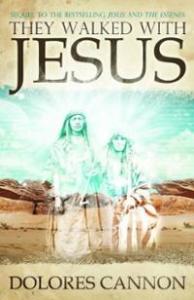 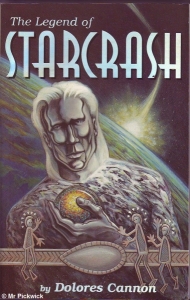 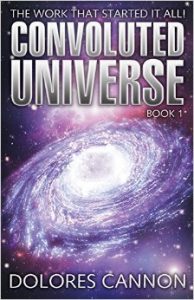 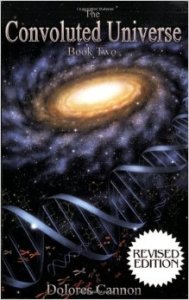 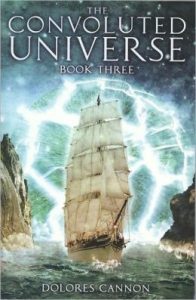 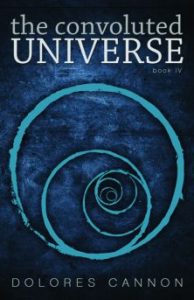 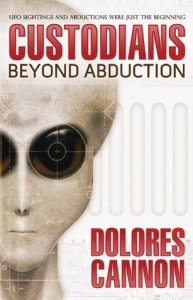 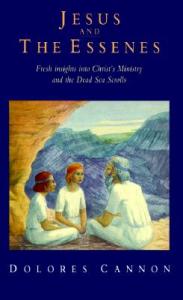 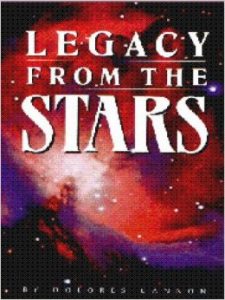 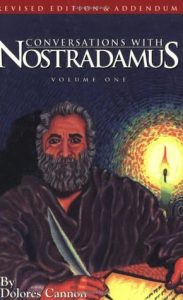 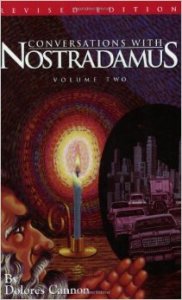 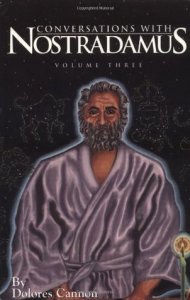