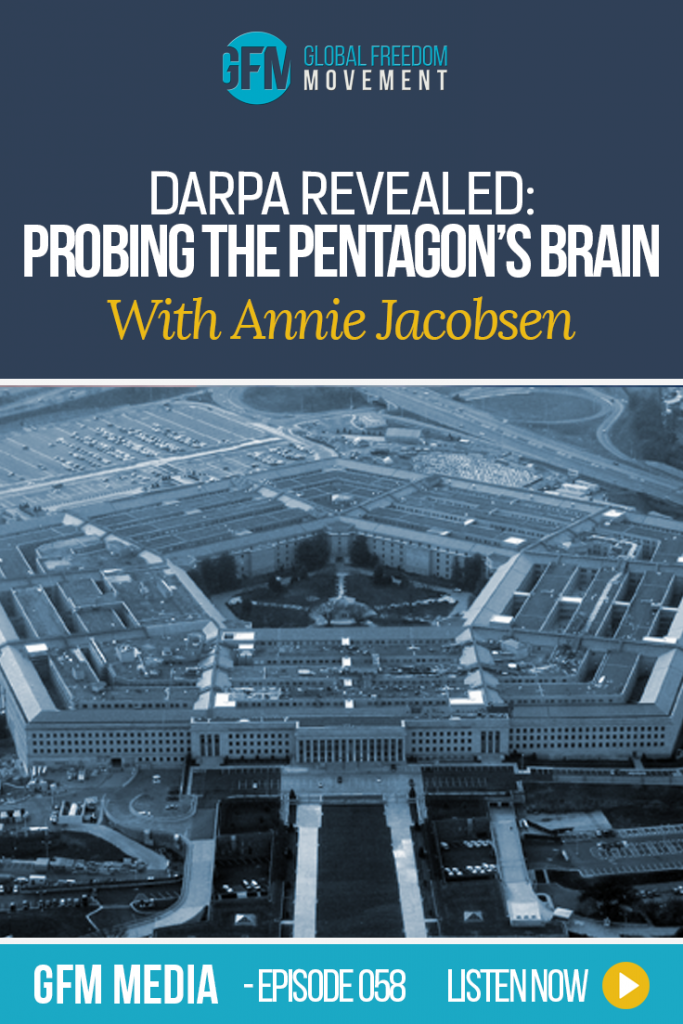 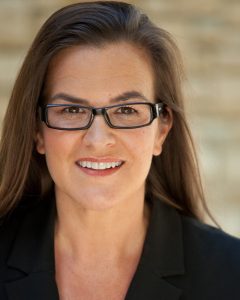 It’s no secret that the United States Government undertakes a plethora of “Classified” operations and has done so for a long time. The question in many people’s minds, however, is what do they really get up to behind closed doors – beyond the Classified?

Annie Jacobsen is an investigative journalist and bestselling author who passionate about revealing the lengths government and alphabet agencies are prepared to go to in order to maintain “National Security” and solid “defense”.

With a deep interest in researching war, weapons, U.S. national security and government secrecy, her newest book, “THE PENTAGON’S BRAIN: An Uncensored History of DARPA, America’s Top Secret Military Research Agency,” delves deep into the questions that we all have about what the government is capable of.

Also the author of ”AREA 51: An Uncensored History of America’s Top Secret Military Base,” and “OPERATION PAPERCLIP: The Secret Intelligence Program That Brought Nazi Scientists to America,” Annie Jacobsen is passionate about sharing the truth by avidly researching and compiling declassified government documents and interviewing ex-government personnel, and weaving them into a suspenseful narrative that reveals what’s really going on.

Since its inception in 1958, the Defense Advanced Research Projects Agency, or DARPA, has grown to become the Defense Department’s most secret, most powerful, and most controversial military science research and development agency— “the Pentagon’s Brain.”

From Agent Orange in Vietnam to insect-sized drones in use today, from the earliest networked computers and the Internet to smart rockets and war zones under twenty-four-hour video surveillance, DARPA is responsible for innovations that have changed the course of war, national security and strategic planning at the highest levels. From DARPA’s earliest defensive advances to hundreds of ongoing programs (including ones in which War on Terror veterans with brain injuries are being used in DARPA experiments—chips are implanted in their brains to try to restore cognitive function), Jacobsen exposes both sides of the DARPA coin: the fantastic technological advances from which we all benefit, and the darker side drawn up in a race for military supremacy.

Join us as Annie Jacobsen takes us on a journey behind the scenes of the clandestine intersection of science and the American military that is DARPA. 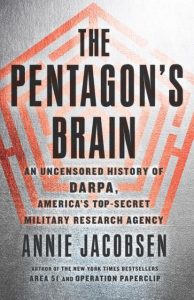 No one has ever written the history of the Defense Department’s most secret, most powerful, and most controversial military science R&D agency. In the first-ever history about the organization, New York Times bestselling author Annie Jacobsen draws on inside sources, exclusive interviews, private documents, and declassified memos to paint a picture of DARPA, or “the Pentagon’s brain,” from its Cold War inception in 1958 to the present.

This is the book on DARPA–a compelling narrative about this clandestine intersection of science and the American military and the often frightening results. 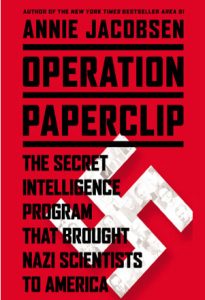 In the chaos following World War II, some of the greatest spoils of Germany’s resources were the Third Reich’s scientific minds. The U.S. government secretly decided that the value of these former Nazis’ knowledge outweighed their crimes and began a covert operation code-named Paperclip to allow them to work in the U.S. without the public’s full knowledge.

Drawing on exclusive interviews with dozens of Paperclip family members, colleagues, and interrogators, and with access to German archival documents (including papers made newly available by direct descendants of the Third Reich’s ranking members), files obtained through the Freedom of Information Act, and lost dossiers discovered in government archives and at Harvard University, Annie Jacobsen follows more than a dozen German scientists through their postwar lives and into one of the most complex, nefarious, and jealously guarded government secrets of the 20th century. 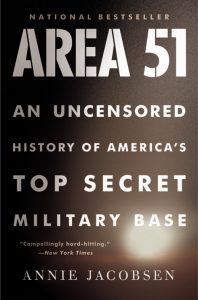 rea 51: An Uncensored History of America’s Top Secret Military Base – It is the most famous military installation in the world. And it doesn’t exist. Located a mere seventy-five miles outside of Las Vegas in Nevada’s desert, the base has never been acknowledged by the U.S. government-but Area 51 has captivated imaginations for decades.

Myths and hypotheses about Area 51 have long abounded, thanks to the intense secrecy enveloping it. Some claim it is home to aliens, underground tunnel systems, and nuclear facilities. Others believe that the lunar landing itself was filmed there. The prevalence of these rumors stems from the fact that no credible insider has ever divulged the truth about his time inside the base. Until now.

Annie Jacobsen had exclusive access to nineteen men who served the base proudly and secretly for decades and are now aged 75-92, and unprecedented access to fifty-five additional military and intelligence personnel, scientists, pilots, and engineers linked to the secret base, thirty-two of whom lived and worked there for extended periods. In Area 51, Jacobsen shows us what has really gone on in the Nevada desert, from testing nuclear weapons to building super-secret, supersonic jets to pursuing the War on Terror.

This is the first book based on interviews with eye witnesses to Area 51 history, which makes it the seminal work on the subject. Filled with formerly classified information that has never been accurately decoded for the public, Area 51 weaves the mysterious activities of the top-secret base into a gripping narrative, showing that facts are often more fantastic than fiction, especially when the distinction is almost impossible to make.

Read about the programs by DARPA that are introducing “neuroprosthetics” into veteran’s brains:

DARPA to award UF up to $5.4 million for neuroprosthetics research

DARPA: On the Hunt for Neuroprosthetics to Enhance Memory

The RAM Project by DARPA:

RAM: Restoring Active Memory – The end goal of RAM is to develop and test a wireless, fully implantable neural-interface medical device for human clinical use, but a number of significant advances will be targeted on the way to achieving that goal. To start, DARPA will support the development of multi-scale computational models with high spatial and temporal resolution that describe how neurons code declarative memories—those well-defined parcels of knowledge that can be consciously recalled and described in words, such as events, times, and places. Researchers will also explore new methods for analysis and decoding of neural signals to understand how targeted stimulation might be applied to help the brain reestablish an ability to encode new memories following brain injury. “Encoding” refers to the process by which newly learned information is attended to and processed by the brain when first encountered. Read more…

Thank you for listening to DARPA Revealed: Probing The Pentagon’s Brain With Annie Jacobsen.