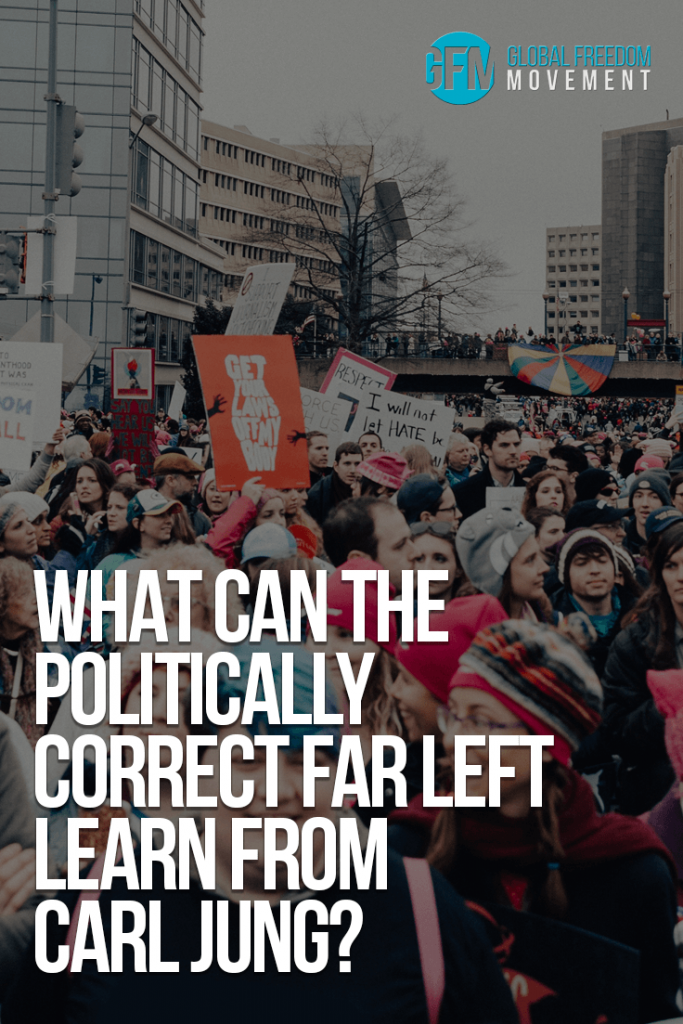 The Sociopolitical Reach of the Shadow of the Far Left

Swiss psychiatrist Carl Gustav Jung is one of the great minds of the 20th century. His legacy is a wealth of knowledge and insight into the human psyche (or general condition), meaning that it relates directly to all humans currently playing the “game of life.” If school students were taught the most essential elements of Jung’s discoveries and theories in a format comprehensible to them, we might save our society a lot of the pain and suffering (and division) resulting from the self-awareness lacuna fostered by Western culture at large. Likewise if students were taught how to think, instead of merely being trained in the art of rote learning and regurgitation; how to listen in order to comprehend, rather than merely listening just enough to mount an attack on the other point of view in question and make it “wrong.”

The following excerpt is from the opening chapters of Aion by Jung. It is recommended reading for anyone who has not spent considerable time studying the shadow and doing shadow work – particularly young adults on the far-left politically correct (PC) “social justice warrior” end of the spectrum (and for the far right, for that matter) who believe vehemently that anyone with a different point of view to theirs is a “fascist,” “oppressor,” or “homophobe,” etc. (depending on context, but ultimately morally wrong and reprehensible) – and lash out accordingly.

To borrow from their parlance, though they mean well, they need to “check their shadow.”

The shadow is a moral problem that challenges the whole ego-personality, for no one can become conscious of the shadow without considerable moral effort. To become conscious of it involves recognizing the dark aspects of the personality as present and real. This act is the essential condition for any kind of self-knowledge, and it therefore, as a rule, meets with considerable resistance. Indeed, self-knowledge as a psychotherapeutic measure frequently requires much painstaking work extending over a long period.

Closer examination of the dark characteristics–that is, the inferiorities constituting the shadow–reveals that they have an emotional nature, a kind of autonomy, and accordingly an obsessive or, better, possessive quality. Emotion, incidentally, is not an activity of the individual but something that happens to him. Affects occur usually where adaptation is weakest, and at the same time they reveal the reason for its weakness, namely a certain degree of inferiority and the existence of a lower level of personality. On this lower level with its uncontrolled or scarcely controlled emotions one behaves more or less like a primitive, who is not only the passive victim of his affects but also singularly incapable of moral judgment.

Although, with insight and good will, the shadow can to some extent be assimilated into the conscious personality, experience shows that there are certain features which offer the most obstinate resistance to moral control and prove almost impossible to influence. These resistances are usually bound up with projections, which are not recognized as such, and their recognition is a moral achievement beyond the ordinary. While some traits peculiar to the shadow can be recognized without too much difficulty as one’s own personal qualities, in this case both insight and good will are unavailing because the cause of the emotion appears to lie, beyond all possibility of doubt, in the other person. No matter how obvious it may be to the neutral observer that it is a matter of projections, there is little hope that the subject will perceive this himself. He must be convinced that he throws a very long shadow before he is willing, to withdraw his emotionally-toned projections from their object.

Let us suppose that a certain individual shows no inclination whatever to recognize his projections. The projection-making factor then has a free hand and can realize its object–if it has one–or bring about some other situation characteristic of its power. As we know, it is not the conscious subject but the unconscious which does the projecting. Hence one meets with projections, one does not make them. The effect of projection is to isolate the subject from his environment, since instead of a real relation to it there is now only an illusory one. Projections change the world into the replica of one’s own unknown face. In the last analysis, therefore, they lead to an autocratic or autistic condition in which one dreams a world whose reality remains forever unattainable. The resultant sentiment d’incompletude [feeling of incompleteness] and the still worse feeling of sterility are in their turn explained by projection as the malevolence of the environment, and by means of this vicious circle the isolation is intensified. The more projections are thrust in between the subject and the environment, the harder it is for the ego to see through its illusions. 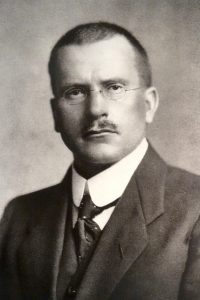 The final paragraph bears additional comment. As Jung (above) notes, the unconscious does the projecting. People deeply immersed in projection are operating out of their unconscious, or rather, they are externalising their own unconscious contents, and unconsciously superimposing it upon the world. This is particularly obvious in, say, outspoken, politically active moralistic personalities who assume a priori epistemological and ontological supremacy, and, moreover, deem other perspectives to be morally repugnant regardless of the evidence, much as devout Inquisitors in the Middle Ages looked upon an accused “witch” with repugnance, certain of her guilt and “sinfulness,” the evidence be damned.

Thus, as the overlaying of mentally projected abstractions (or models) of reality intensifies, so too does the alienation of the person doing the projecting from the world “as it is.” The more their unconscious shadow contents spew out into the world around them, the more hideous, unjust, and “oppressive” the world looks – and the more frustrated and powerless they feel to change it – a vicious cycle indeed (which probably partially accounts for the violent inclinations of some “SJW” types).

This is not to dismiss that there is clearly a LOT of injustice and oppression in the world, but the tendency to divide absolutely all people and groups into two simple categories of either “oppressed” or “oppressor,” (or “patriarchy” and “victim of patriarchy”) regardless of the situational dynamics, is committing the axiomatic fallacy and creating a comic-like world of simple black and white with no shades in between (ironic for a group of people who tend to loudly – and even aggressively – advocate for, for example, all shades of gender identification, shouting down anyone refusing to conform to their outlook!)

(The absurdity knows no bounds: Alan Jones just reported the story of a gay man who was denounced as “homophobic” because he intended to vote “no” in the same sex marriage postal survey…not that the votes are legally binding in any way, mind you. We have heard similar arguments before, such as the Jew who is “self-hating” merely because he criticizes the crimes against humanity committed by the state of Israel. It is a thoroughly illogical ad hominem fallacy used to discredit people instead of their evidence.)

At this point, the unconscious has succeeded in using the host personality in creating an abstract, concocted phantasm of the world, and duped them into interacting with this instead of the world-in-reality, or ding an sich, to borrow Kant’s phrase.

A projection is like a paradigmatic, perceptual, or ideological lens through which the world is perceived. It is necessarily distortive and generally unhelpful in perceiving what is actually occurring (and the more lenses the more perceptual distortion there is). It is, however, a useful tool for attaining an illusory moral high ground from which one can never be dethroned by counter-arguments and new information. To the far-left “progressive,” anyone presenting such alternative viewpoints is simply the modernised version of a “witch/sinner/heretic,” a.k.a. a “homophobe/bigot/’patriarchist’, etc.,” and certainly not a living, breathing human of equal standing who deserves respect and a fair hearing. (The issue of scapegoating, which is what this is all about, needs an essay of its own.)

Once morally diminished in this way, there is certainly no need to listen to such social undesirables. No treatment of them is too severe, grotesque, or unfair.

Work on your shadow before you work on the world, all ye noble and “progressive” advocates of “tolerance.”

Then you may be better at actually wielding it.