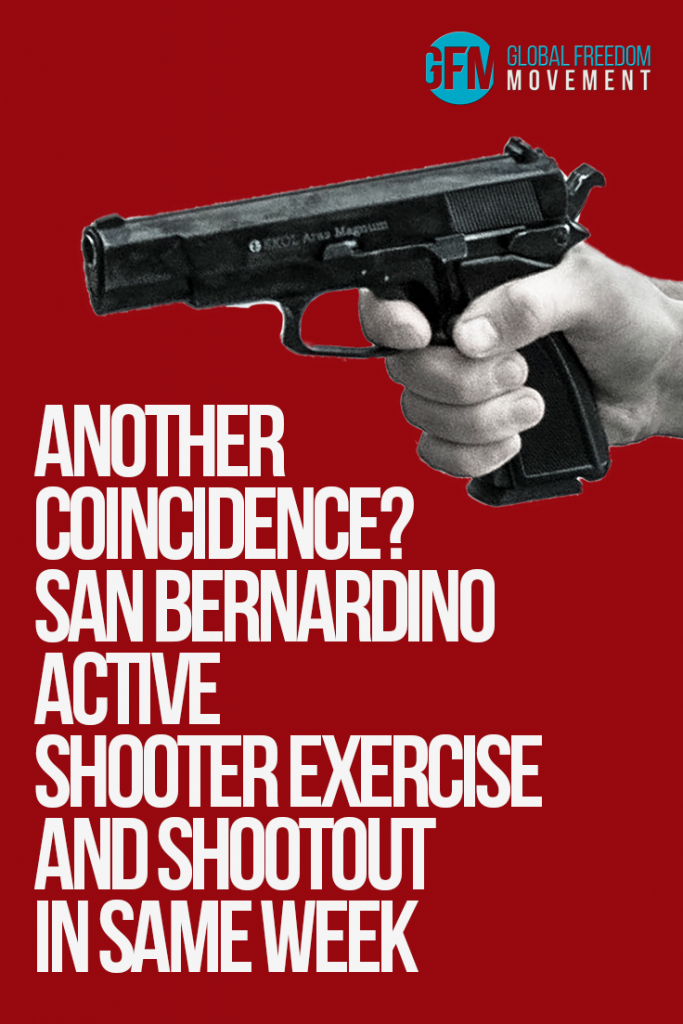 At first, Dorothy Vong assumed it was a drill — just like all the others at her work.

At the Inland Regional Center, where she’s a nurse, the staff works with clients and parents of clients who are sometimes angry. They have active-shooter drills every month or so.1

What are the odds that all these horrific “terrorist attacks” keep happening at the same times and in the exact same locations where terror drills are being run (or have recently been run) by government and related entities? It’s terribly “convenient” for law enforcement that these nut jobs and extremists keep deciding to blow up or shoot up hordes of civilians in the midst of practice runs designed by the state! Why “convenient”? Well, wouldn’t that somewhat increase the odds of the plot being foiled and the perpetrators being caught or killed?! You’d think it would make executing such a “terror attack” a damn sight harder, but no, today’s “terrorists” seem to relish the challenge, practically following law enforcement around wherever there’s a drill being run… (We’ll provide a short list below.)

On November 30 2015, the San Bernardino County Fire Department gave news of an “active shooter exercise” via their facebook page. Held at Victor Valley College, the exercise used firefighters, public safety cooperators, and students from the college “to practice mass-casualty incident (MCI) triage techniques, patient care and safety measures during an active shooter incident”. They also used the opportunity to “test inter-agency communication equipment.” Moulage make-up was used to give students fake flesh wounds and they were dressed in bloody, torn clothing. (See the original post here). 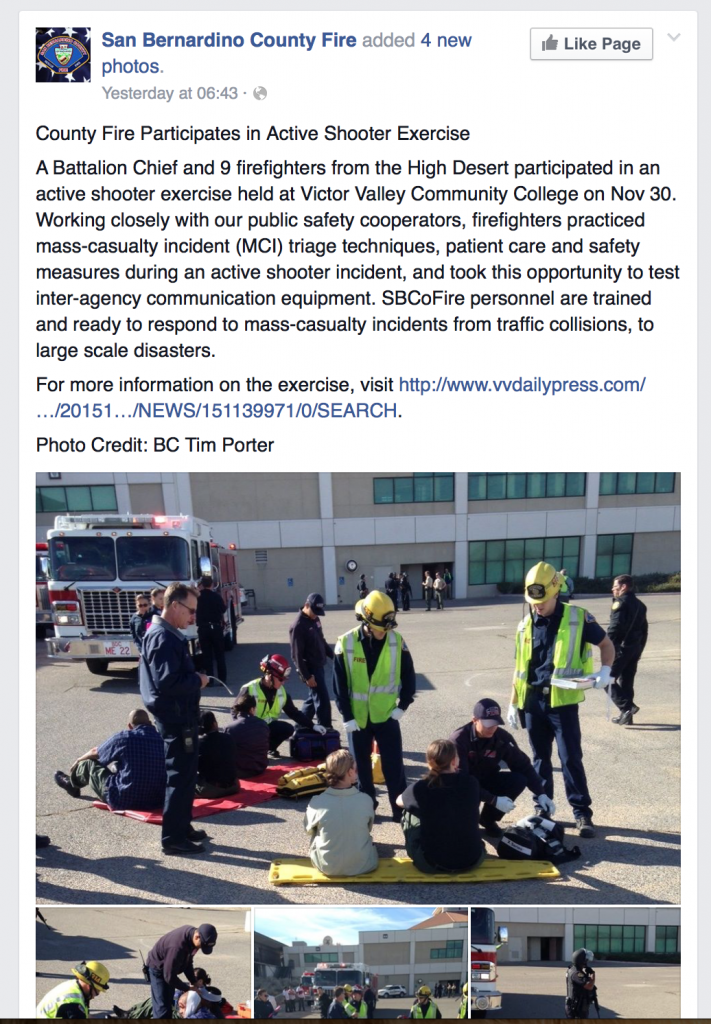 News of this exercise was posted on VV Daily Press, where Deputy Brendan Mahoney said,

“It teaches us how to better respond to these situations, especially with the unfortunate rise in these events.”

The fact of the regularly scheduled training exercises was widely known and acknowledged and yet, somehow, despite all the preparation, a real life version of the previously rehearsed simulations unfolded with deadly consequences, just as with 9-11, 7-7, and a host of other “tragic coincidences” we are discouraged from paying close attention to. Shooters were “believed to be wearing military-style gear,” strangely. What, no turban? No indestructible passport? No Koran left behind?

All such events must be viewed with very skeptical eyes indeed. As investigative journalist John Rappoport notes, there’s a rapidly expanding list of state-sponsored “terror” events being reported (covered up) by the mass media in the most maliciously deceitful ways. Here’s a short list:

Back to the San Barnardino incident now, which has, predictably, brought out the usual NWO shills from the woodwork with their usual attempts to persuade Americans that “guns are bad, mmkay?” The idea is to disarm Americans utterly, as Port Arthur achieved with Australia.

In light of the shooting at a Planned Parenthood facility in Colorado last Friday, and the even more applicable Umpqua Community College shooting in October, the pressure on VVC’s Police Department may be greater than ever to gear up to respond to emergencies.

“Thankfully, nothing like that has occurred in our county, but it’s a very real possibility, especially as we are the largest county,” Mahoney said. [emphasis added] 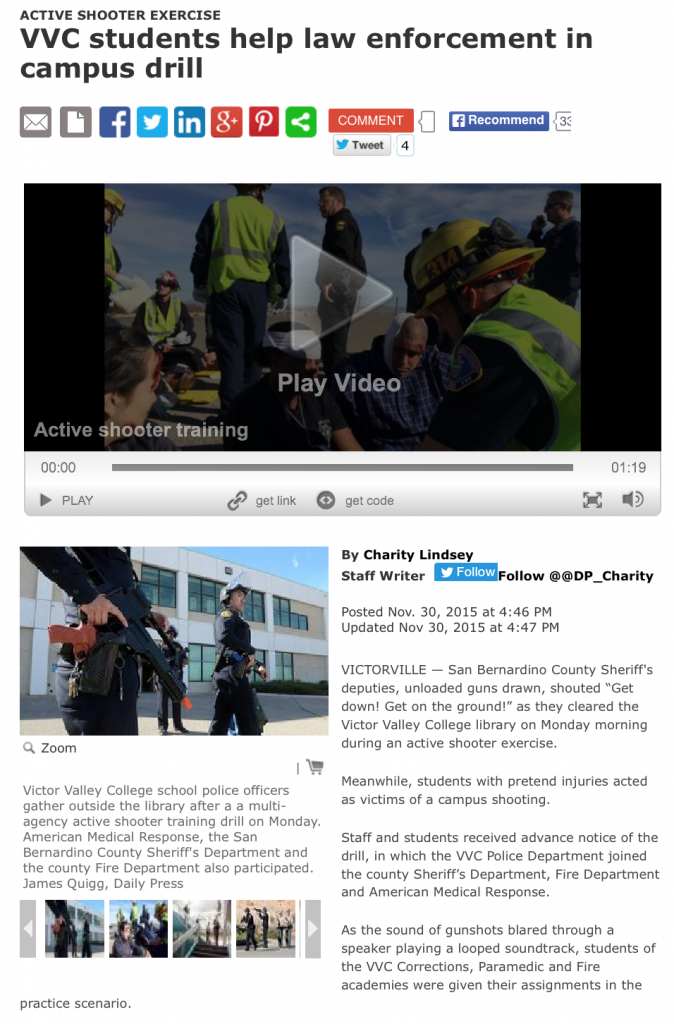 San Bernardino shooters on the run 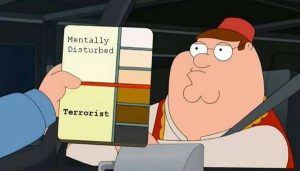 Time will only tell whether “crisis actors” were at the incident, whether witness stories will add up, and whether yet another shooting incident such as this event in San Bernardino will be used to introduce yet more legislation, induce a “state of emergency”, increase power to detain suspects, disband associations and block websites (as per the bill approved by the French parliament recently after the “Paris Attacks”), or add fuel to the gun control debate, which seeks removal of the second amendment.

Time will also tell us whether the perpetrators are “terrorists”, a term officially defined as “a person who uses terrorism in the pursuit of political aims” (which actually describes key people in government positions!), but often only used by the media to describe muslims, or people of “middle east” appearance (people they’d really like us to hate in order to facilitate, tolerate and support their war machine). Media prefer the term “mentally disturbed” for white suspects. (How many Australian politicians qualify as “mentally disturbed” then? one wonders.)

Predictably, senators and presidential candidates have not hesitated in proselytizing on the “necessity” to clamp down on gun owners following this shooting.

I refuse to accept this as normal. We must take action to stop gun violence now. -H https://t.co/SkKglwQycb

Horrifying news out of #SanBernardino. Enough is enough: it’s time to stand up to the @NRA and enact meaningful gun safety laws

In the New America, you’re guilty until proven really guilty, it seems. As more unfolds, we’ll be here to reveal the news as it comes to light. Was the San Bernardino “active shooter exercise” and live shooting really just yet another “coincidence” in a long line of drill-emergency coincidences? Or is it yet another false flag?

History is clear: the smart money is on the false flag. To be continued… 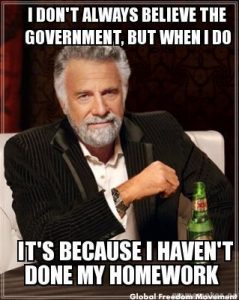