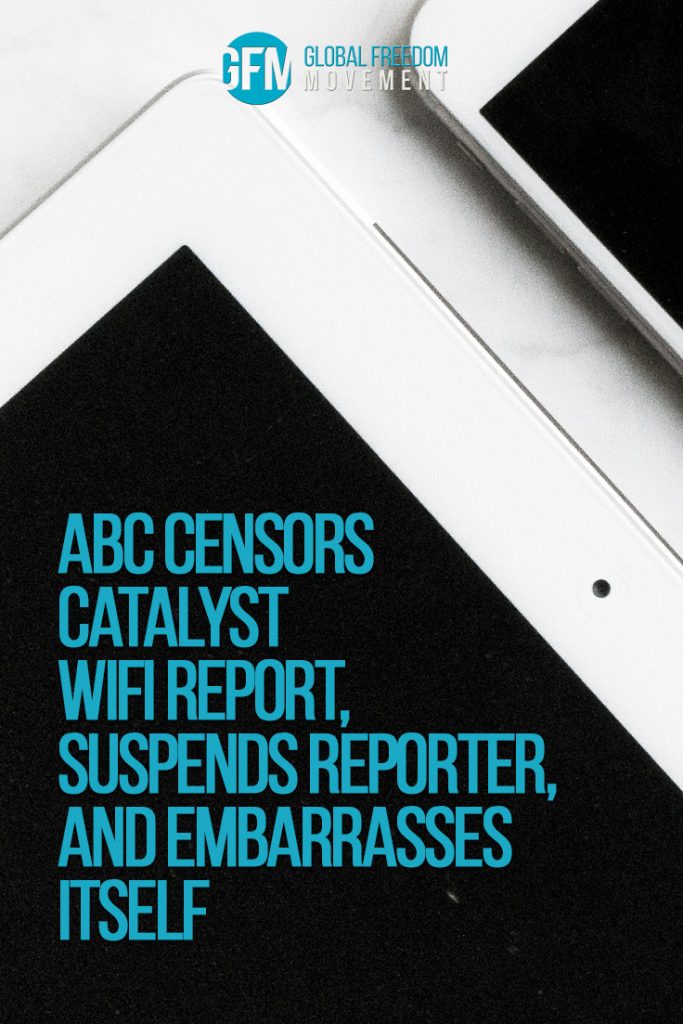 Why the censorship, ABC?

What is the ABC trying to hide by taking down the Catalyst wifi report (February 2016) by Dr Maryanne Demasi? Who are they covering for? (Well, okay, that should be fairly obvious.)

Perhaps “ABC” is really an acronym for Abominable Broadcasting Censorship?

In a nutshell, the “public” broadcasting platform has caved in to industry (it’s not the first time) and its designated “scientific” spokespersons.

Briefly, in February this year, reporter Maryanne Demasi put together this Catalyst wifi report, entitled “Wi-fried”, highlighting the potential “hidden” dangers of wi-fi. However, she has now been suspended until September while an “investigation” into the episode is carried out. Evidently “the investigation was initiated after the ABC received complaints from viewers about the episode.”

The “complaints from [unidentifiable] viewers/the public” strategy has been trotted out many times before as a means of autocratic corporate entities suppressing information that might threaten their profit margins (or risk expensive litigation) lest the public catch on. Who are these alleged “viewers”? They wouldn’t happen to be captains of industry by any chance? It couldn’t possibly be people in high places with influence and intimidatory powers who happened to make the “complaints” could it?

It’s a strategy that has been used before in regards to the health and medical fields, whereby members of vested interest groups who are embedded in the Establishment (or well connected to it) actually write anonymous letters to their own or their cronies’ agencies “complaining” of this or that company or individual in order to get them “investigated” and ultimately shut down. This is how embedded vested interests consolidate their power and revenue and eliminate the economic competition and/or suppress damaging information (damaging to their bottom line, that is). It’s precisely how the AMA and allied groups attacked and discredited natural/alternative therapies, particularly naturopathy, chiropractic, osteopathy, herbalism, acupuncture, and so forth, going back as far as the 1950s. The economic competition must be destroyed.

Litigating was also a favourite strategy, and perhaps there have been threats made behind closed doors to that effect vis à vis Demasi’s “Wi-Fried” Catalyst wifi report. Perhaps. Outright lies are, of course, standard fare, even obligatory. The truth must be buried and the competition annihilated, and B-grade sellout scientists who will spout suitably biased propaganda thinly veiled as “science” in order to quash alternative views/thinking are a dime a dozen.

The Orwellian-sounding Audience and Consumer Affairs Unit (A&CA) was tasked with “reviewing” Demasi’s wi-fi report after the “complaints” were made:

“The A&CA Report found several inaccuracies within the program that had favoured the unorthodox view that mobile phones and Wi-Fi caused health impacts including brain tumours,” the ABC’s statement said.1  [emphasis added]

That should tell you everything you need to know. If information in the mainstream “favours the unorthodox view” then forget about it. As a general rule, it will either never make it to air, or if it does, a kerfuffle will anonymously be created by vested interests, and lo and behold!, it will magically disappear from view, never to be seen again.

That’s why I’m encouraging some basic civil disobedience and suggesting that everyone upload this video all over the internet. The communications industry doesn’t want us to see the harm its technology is causing? Let’s put it everywhere then. (See the addendum at bottom for information regarding radio frequency and microwave harm.)

This is the second time Demasi has landed herself in hot water by attempting to carry out genuine journalism and objective reporting in the lamestream media. The first time she was slapped on the wrist for a 2013 2-part episode of Catalyst (“Heart of the Matter”) wherein she dared to suggest that, just maybe, cholesterol-lowering drugs are being over-prescribed. Really? Ya think? The show also questioned links between cholesterol and heart disease. (In fact, cholesterol-lowering drugs are proving to be one of the all-time medical cons.) The managerspeak from the ABC’s “review” of that episode is staggering:

“Although the program did not explicitly endorse the unorthodox view, the language used by the reporter tended to add weight to the contrarian argument

“In our view, the program could have done a better job of teasing out the mainstream perspective to leave audiences better informed.”2 [emphasis added] 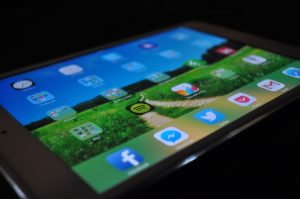 Additionally (and unsurprisingly), Demasi also compiled a report about anti-depressants which conveniently never saw the light of day: it was forbidden from being aired after “concerns were raised inside the ABC”, according to Media Watch.3

Heaven forbid that we articulate anything but the mainstream perspective! Goodness me, people will explode in the street! Cannibals will feast on our flesh and the four horsemen of the apocalypse will herald the Lord’s imminent fiery wrath! (Also, failing to adhere to the mainstream viewpoint kills babies, you know.)

ABC you are absolutely pathetic, and this kind of behaviour is exactly why awakening people are turning the TV off in droves.

Why is truthful reporting unacceptable in the lamestream media? Does industry have its talons in the “venerable” ABC? *shock! horror!* Surely not! 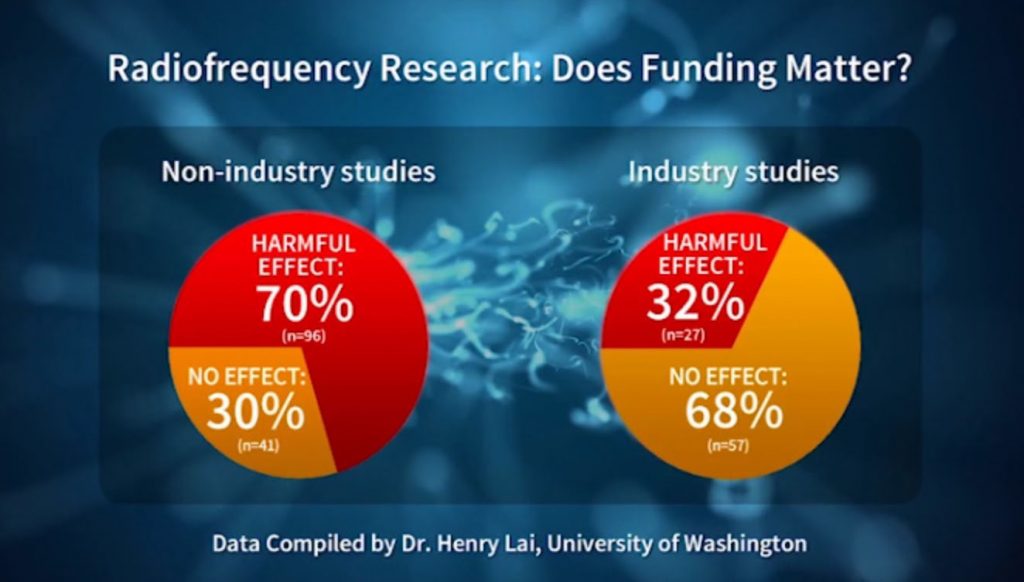 Naughty, naughty, Dr. Demasi. That should teach you for trying to sneak one (make that three!) past the Thought Police.

Just be a good little shill/sellout and toe the line like the others, okay? 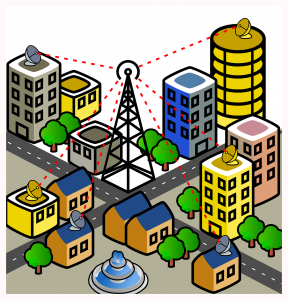