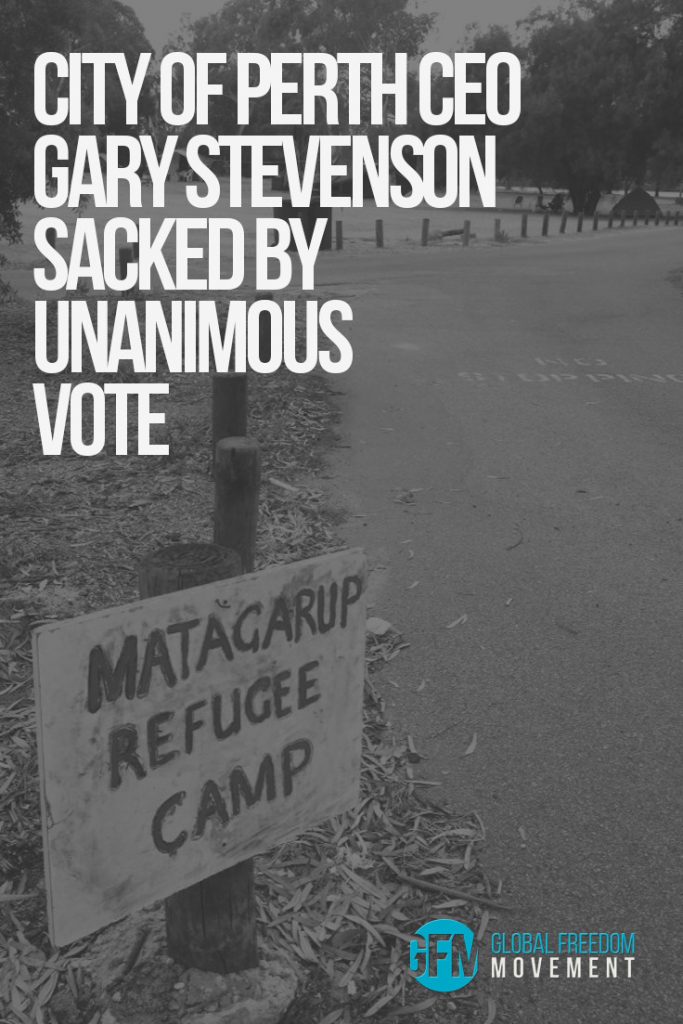 Yesterday there was a small victory of sorts for the people of Perth, Australia, and in particular, the Nyoongar and other (ab)original people who had fared so poorly during the watch of now-ex City of Perth CEO Gary Stevenson (and prior, let’s be realistic). In short, he was fired. On January 26th, the occasion will be marked with massive fireworks displays and… oh, wait that’s for “Australia Day.” Well, we can pretend, can’t we?

It looks like we’ll need to re-vamp our #tinyviolin campaign for Gary now that he won’t be able to order and/or participate in any further reprehensible raids on the homeless refuge at Matargarup. The running tally is now somewhere around nine disgusting raids and state-sanctioned organised thefts of the belongings of the homeless and downtrodden (including 122 tents, food, and donated mattresses). See this article for more detail on that.

Lisa Scaffidi, Lord Mayor of Perth, addressed the media outside Council House yesterday, following a closed-doors meeting held by all nine councillors during which it was determined to sack the city’s CEO Gary Stevenson.

Opening Statement by Ms Scaffidi: The City of Perth Council today has unanimously voted on the termination of Mr Gary Stevenson…It was a council meeting held at 9.30 this morning, attended by all nine councillors and the decision was unanimously endorsed.1

Gary Stevenson’s sacking has been fiercely welcomed by original elders such as Herbert Bropho and others such as social workers who have been involved in supporting the cause of the original people of the lands of WA, particularly those based at Matargarup (better known as Heirrison Island), the target of at least nine sickening raids on the homeless.

In May 2015, GFM penned an open letter to Stevenson imploring him to stop the madness and do what was right:

If this missive makes you uncomfortable is it because the truth cuts a little close to the bone? What about considering the flip side of the situation: you are in a position to initiate some truly vital and monumentally important positive sociopolitical change. This is a tremendous opportunity to overcome entrenched prejudices, preconceptions, and limited worldviews and do something for the people who need it most. (We believe that somewhere deep down, you know and want to do what is right.)

We are good people driven by conscience. We do not get paid for this work. Understand that it makes us truly SICK to see the way that the original mobs of these lands have been displaced, dispossessed, genocided (a.k.a. “gentrified”), and smeared over the last two centuries. You seem to fail to see the big picture, so we are here to remind you that as CEO of the City of Perth (a.k.a. a public servant), your “small picture” responsibility is to SERVE those in need, not to break up their community, their refugee camp (which is also a vital birthing site), or shunt them off to a back alley somewhere. The land belongs to the first peoples, and their lore/law surpasses all others. Nothing – no amount of paperwork – will ever change that, and the presence of that community with its solidarity and camaraderie is SAVING LIVES.2 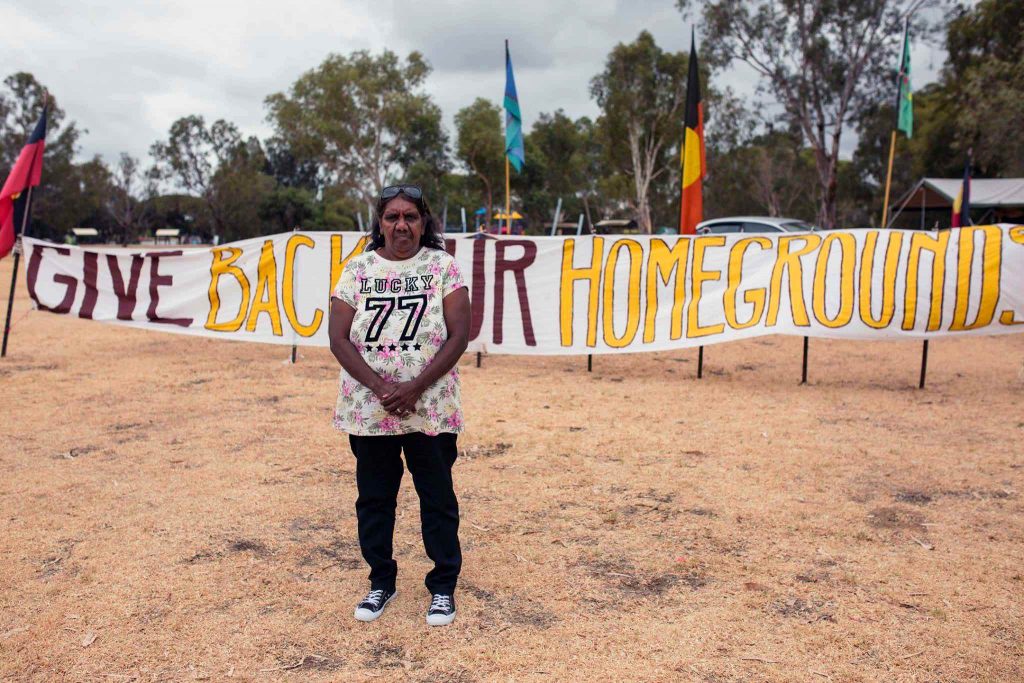 Ultimately, however, the message fell on deaf ears, and the site at Matargarup was raided another five times or so, all apparently under Stevenson’s command. Every time the public donated basic survival supplies, the City of Perth and its police swooped in to take it away. Gary Stevenson received numerous angry phone calls and texts as a result of GFM’s letter, which was even quoted in The Perth Voice, but instead of waking up to himself and the harm he and the police were inflicting, and changing tack, Stevenson complained to us personally through emails, phone calls AND texts about his interrupted sleep and suffering “significant distress.” Sometimes even spelling things out and drawing a diagram just isn’t enough, eh? HIS distress?! Are you kidding me?

We can’t help but wonder if Gary is significantly MORE distressed now that his six-figure CEO salary is gone. Regardless, we have a care package containing not one, but several tiny violins on their way to Gary as we type. Get some good uninterrupted shuteye in the meantime, Gary. 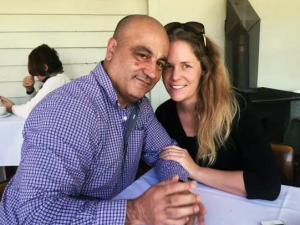 Kudos and gratitude must flow primarily to the amazing team of Gerry Georgatos and Jennifer Kaeshaegen (who run independent news site The Stringer) for their superhuman efforts fighting for the rights and dignity of the original people of Western Australia, and for instigating the move to create homeless friendly precincts. Their visible grassroots efforts to counteract the harm caused by the terrorist tactics of Perth City and the police force have doubtless played the largest role of all in bringing about the good news (and illustrating where the REAL problems emanate from). However, this is a long way from over and the people of Oz need to get behind the vulnerable and voiceless, not least of all by making some serious noise for the cause of homeless friendly precincts and keeping an eye on Matargarup (“Heirrison Island”). Herbert and Bella Bropho must also be congratulated on their steadfast solidarity in the face of utter despair, and we thank them for providing a safe space for the homeless community to unite.

Will the City of Perth show some conscience in its “new direction” now, or will we simply witness the replacing of one muppet with another and the continued destruction of the human spirit under the Corporatocracy? But hang on, what about the donations…?

This is community stalwart Diane Niyati having been escorted by the City of Perth into a storage facility in Pier Street, where she had been advised by the CoP that (as according to the Perth Magistrates Court directives) she would be able to inspect the items she donated to the people at the Matagarup First Nations Refugee Camp, Heirisson Island, and which were seized by the City of Perth during one of the nine police-assisted raids on the people throughout last year.

Upon inspection, Diane finds that not one of the items which the Perth Magistrates Court directed to be returned to her, are here in this storage unit.

And Diane finds that items in this storage unit “smell like horse piss”. The smell was so bad, that after Diane and one of the CoP workers and myself went through the items in the unit, we all had to go to a bathroom to wash up – the CoP worker very much leading the way there. [emphasis added] 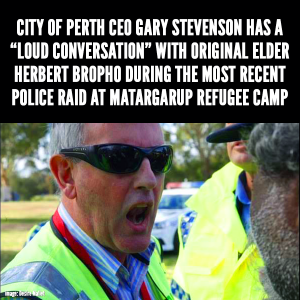 So, not only were the donated items unlawfully removed from the Matargarup homeless refuge, SOMEONE has taken the liberty of removing them from the City of Perth storage facility as well! WHERE ARE THESE ITEMS NOW?

Oh, City of Perth Councillors you have SO much work to do to right these wrongs, remove the egg from your faces, end the injustice, and restore the rights and dignity of the homeless at Matargarup. Please make haste.

If there are any further raids we will know Stevenson’s dismissal was a meaningless PR maneuver and we will be here to continue shaming you to the world until you get it right.

If you haven’t been following the narrative on Matargarup, we have interviewed Gerry Georgatos and Jennifer Kaeshaegen on a number of occasions to share their perspective on what is happening and what needs to be done. You can find these important interviews in our archive here, here, and here.

I will leave Gerry Georgatos with the final word for now:

Jennifer Kaeshagen is to be admired for her relentlessness in finding homes and in achieving it without resources but on the back of her goodwill. In my book Jennifer should have the resources at her disposal that the Department of Housing and some of these large charities have, imagine what she could do! She would probably find houses for thousands…

If I had a wish list for the New Year, it would include that the City of Perth please do not raid for a tenth time the island and remove the tents from the poorest, from the most vulnerable, from the homeless. Just leave them alone. Leave them there for the likes of Jennifer Kaeshagen to find them homes, and Tanya Cairns to assist, to provide care. Also it would be the right thing to do if the City of Perth shire returned the 122 tents and all the truck loads of other donated belongings they dispossessed from the homeless. Compassion should always rule. The City of Perth shire has been instructed to return a goods, linen and so forth, to one of the donors – Diane Niyati who yesterday won her claim against the City of Perth shire in the Small Claims Tribunal. It was right-mindedness prevailing on this occasion though I am saddened that if the rest of the tents are to be returned the expectation remains that the homeless would have to rock up to the Small Claims Tribunal. That’s not going to happen. The City of Perth shire could do the right thing here.

Hopefully, 2016 will find us all coming together more, the homeless treated with dignity and that Jennifer is left alone to do her thing and which she does ever so well.3 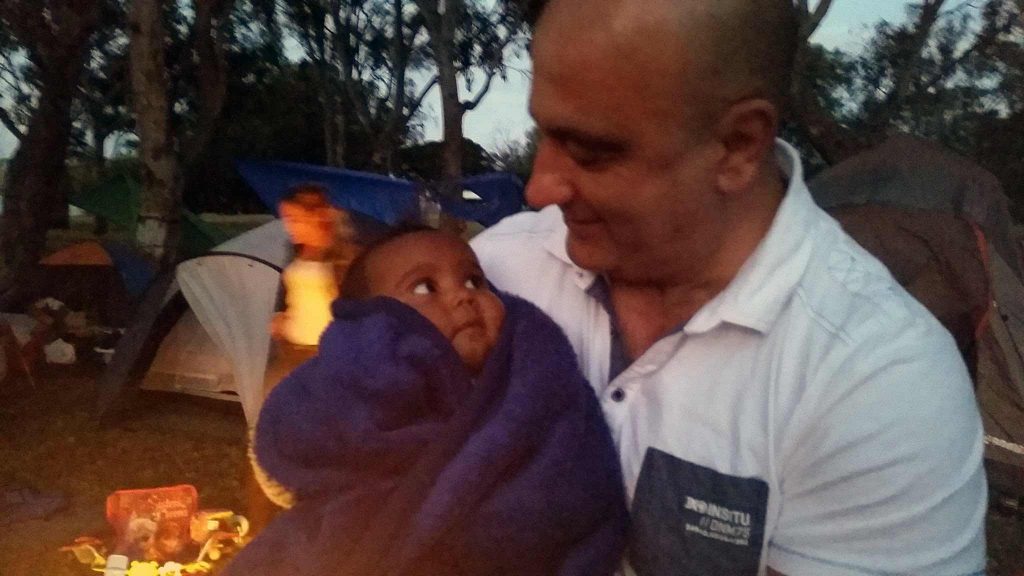